While using the IDLE editor, I noticed that it is possible to simply type the variable name, list name, dict name and view its content without using the print() function...For example, if the variable a=5, then I would expect print(a) to output 5. And it does. But I can also simply type "a" and obtain the same result....this makes the use of print superfluous...

What is going on? I though we would always need the print function to output something to the screen...

You might be entering these in a console window.
fog37

I am sure I am using the IDLE that comes with the Python installation...
pasmith
Homework Helper

(1) This only works when running python interactively.
(2) There is a distinction for strings, as shown in the following example.

ok. I see. Thanks pasmith. It only works in the IDLE to not use print and still get the same output...
Ibix
Science Advisor
Insights Author

It works whenever python is interactive mode. Just typing python at the command line starts python like that, as does running through IDLE. If you run a script, though, you get no output except print commands and similar.
wle

pasmith said:
(1) This only works when running python interactively.
(2) There is a distinction for strings, as shown in the following example.

More precisely, print() prints the default "display" or "aesthetic" string representation of its argument, as returned by calling str() on it. By contrast, Python's interactive interpreter evaluates the expression you give it and tries to display it in source form, as returned by the repr() function. For objects that have a source syntax, the idea is that evaluating eval(repr(x)) should return an object with the same type and value as x. In other words, you can see repr() as a partial inverse of the eval() function. For some objects, the two string representations happen to be the same.

Here are some examples:

Python:
You can define one or both kinds of string representation for user-defined objects by writing __str__() or __repr__() methods for them.
Last edited: Aug 27, 2020
Wrichik Basu
Insights Author
Gold Member

fog37 said:
ok. I see. Thanks pasmith. It only works in the IDLE to not use print and still get the same output...

That works because you are in python shell by default when you start IDLE. If you see a screen like this: 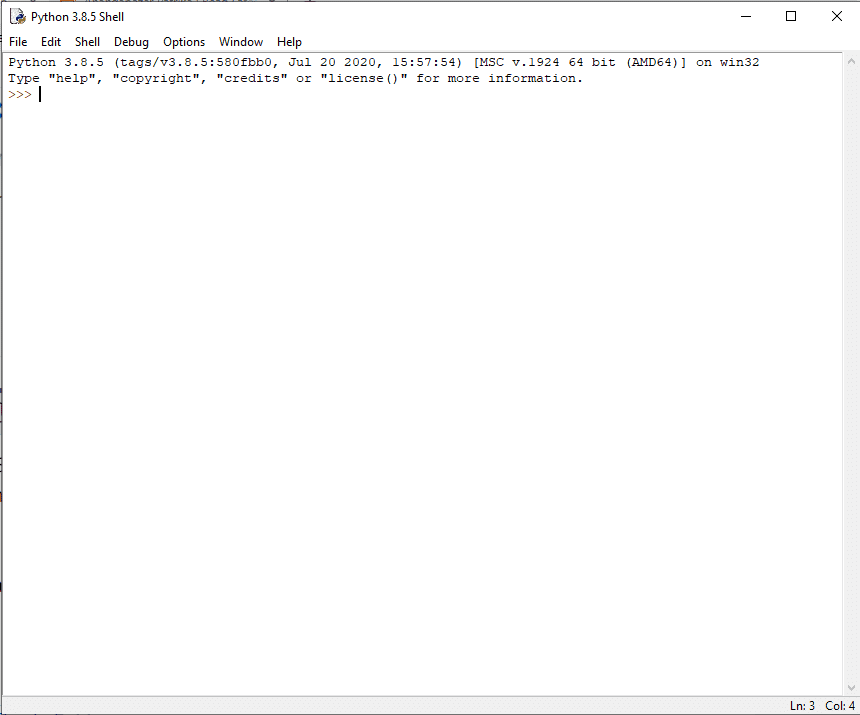 with >>> on each line, it means you are in a shell. In that case, you can view the value of variables without using print function.

IDLE gives you an option to save the commands you have executed in the shell, which is generally lost if you use command prompt/terminal. But that is not the way you should write programs in Python. It is always better to use a script for writing programs. 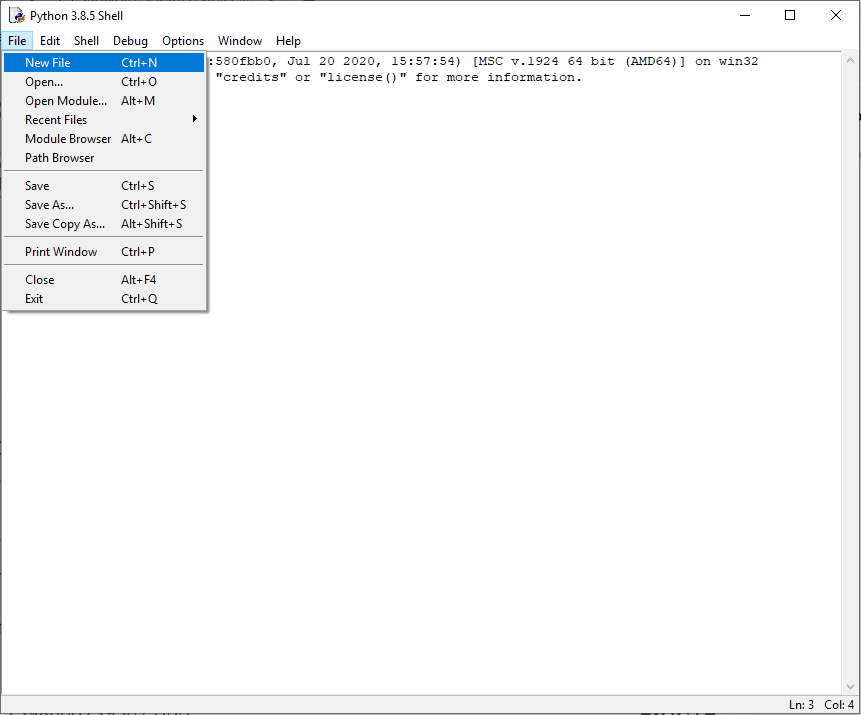 I guess we are talking about user interfaces (UI). The terms "console", "terminal" and "prompt" are all synonyms of user interface. Is that correct?

There are two types of user interface:
Both CLI and GUI interfaces are shells (i.e. interpreters), correct? To me, a shell is the program that controls the user interface. So IDLE is a shell. There is also the Windows shell that opens up when we type the command cmd.

Being interactive mode means that we are running one or multiple commands directly in the console/user interface and not from a saved Python file...

Let me know if I have anything wrong.

fog37 said:
CLI: A user interface can be a command line interface (CLI), i.e. text-based interface with a black screen, white, text, no other functionality. The Windows prompt is CLI.

A true CLI in this sense would be, for example, MS-DOS, where literally all you have is a C:> prompt on a bare black screen. (You can also get this in Linux by not booting X Windows. You used to be able to get it in Windows by booting into DOS mode, but I don't think that's been possible since at least Windows XP, if not earlier.)

So is any program that runs on Windows today. See above.

fog37 said:
a shell is the program that controls the user interface

The term "shell" usually means an interactive session with a command interpreter--something that interprets commands you type, executes them, and prints the results. So the Windows command prompt, Windows PowerShell, and IDLE are all shells in this sense, just with different command interpreters.
Log in or register to reply now!

Python How to stop execution in python's Idle?

Python Why Python IDLE is faster than Spyder or Jupyter notebook

Python Python Graphing a cos function