Notice that it is Rin and Rout, not Zin and Zout.

The aim is to minimise signal attenuation.
Rin should be high so it does not significantly load and so influence whatever is driving it.
Rout should be low so that the inputs that it drives do not load and influence it.
Fan-out may require several inputs be driven from one output.
LvW

The desire (requirement) for a large input and a low output resistance applies to analog signal processing in the VOLTAGE mode only (amplifiers, filters,...).
The reason was explained in the foregoing answer.
However, there are electronic circuits which do NOT exclusively work in voltage modes.
Examples:
* Operational Transconductance Amplifiers (OTA) have large output resistance (current output)
* Current Feedback Amplifiers (CFA) and Current Conveyors have one high-resistive and one low-resistive input.

Background: Because of several reasons it is sometimes advantageous to work (partly) in the current mode: Input and/or output signals are currents.
jim hardy
Science Advisor
Gold Member
Dearly Missed

Good for you Lvw..

Indeed there are plenty of applications where one needs to make a constant current source.

OP's sources should have said " The majority of amplifier applications, for example reproduction of sound, are served by..... There are however many applications requiring high output resistance . "


Clear Mind said:
all the books and texts argue that it's good to have a big RinR_{in} and a low RoutR_{out}, but why?

With that line, teacher is doing your class a disservice.
Run this one by him:
LED lighting is just one example where you want a high impedance output for its constant current characteristic. 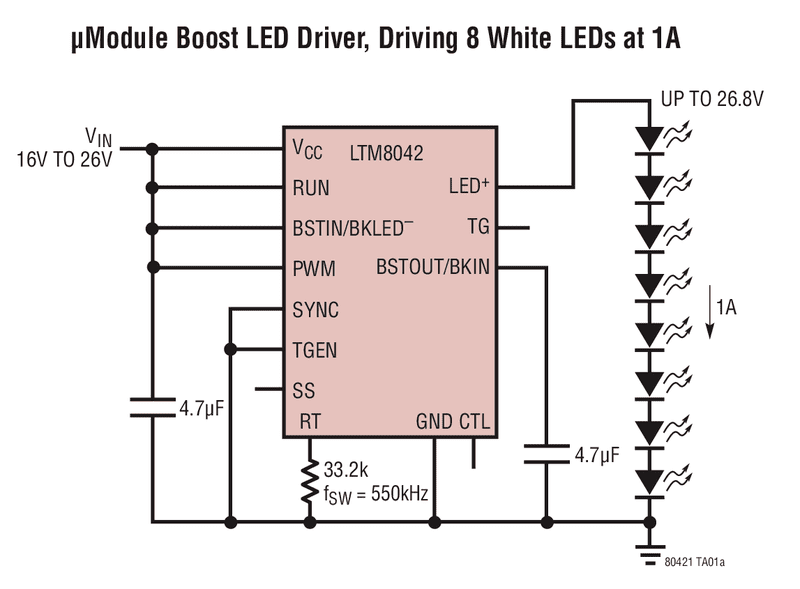 Analogue electronics is taught the way it is because batteries and power distribution networks have fixed voltages. It is the load current that is varied to regulate the power at the point it is needed. Imagine series wiring all the houses in one street and getting them to settle on a standard current with each getting a variable voltage. One fuse blows and the house must be short circuited while the fault is found and repaired, that would be quite difficult. Everything you work on would be short circuited and live.

In our voltage world, voltmeters and oscilloscopes with high input impedance can be used to diagnose problems. It is more difficult to measure currents because the circuit has to be broken to insert a measurement shunt. We have invented all sorts of ways of avoiding cutting wires to measure currents, two examples are clamp meters using Rogowski coils and Hall Effect sensors. But they are all difficult to apply accurately in the field, or to miniature PCB traces.

As I wrote the “text book” reply I had in mind I2L and current mirrors.
With I2L each logic gate has multiple outputs, but only one input. The power consumption / speed trade-off was adjustable on the fly and it ran happily on a one volt supply. So why did it not catch on? Because it is so very hard to diagnose problems in the “Fan In” situation. Also, because our mathematical equations take the form of y = f (a, b, c, d, …) we view Boolean Logic as being “single output” functions of “multiple inputs”. They need high input resistance and low output resistance.

Reliability requires maintenance be carried out by routinely trained technicians. To a scientist, analogue currents are quickly learned and become obvious. But to a technician trying to diagnose a fault, or an engineer building complex systems out of logic modules, or op-amps, it is not so easy.
jim hardy
Science Advisor
Gold Member
Dearly Missed

Baluncore said:
As I wrote the “text book” reply I had in mind I2L and current mirrors.

Certainly i intended no criticism by my post, and apologize if any seemed inferred..

Just i thought OP ought to go into it aware his hypothetical "black box" is one of many application specific "black boxes" ..
We've all had the experience as beginners of over-generalizing specific examples.

jim hardy said:
Certainly i intended no criticism by my post, and apologize if any seemed inferred..

I just wanted to make the point that while currents are often used inside functional blocks, the interfaces between those blocks invariably employ voltage as the state variable.

It is really only when signalling over long transmission lines that currents are used as the external state variable.
Clear Mind

Thank you very much for the help guys
Mike_In_Plano

And then there are the RF circuits...
Because every path has inductance and capacitance associated with it, RF circuits are based upon have a ratio of L/C for every unit of path length. Thus, wires are replaced with transmission lines where signals are launched, travel, absorbed, and reflected.
Transmission lines have a characteristic impedance, often 50 ohms. If a 50 ohm transmission line conveys it's signal to a 50 ohm resistance, the signal is absorbed. For a higher or lower impedance, some of the signal is reflected.
Thus many RF circuits are designed with input and output impedance close to that of their transmission lines. Otherwise signals bounce back and forth, systems can be unstable, and signal power can be lost.
This is a simplification, but it gives an idea of why these devices opt for a specific impedance rather than attempt an infinite or zero one.
Baluncore
Science Advisor

Rin and Rout are quite different to the Zin and Zout of RF circuits.

With RF signal distribution, a very low output impedance amplifier with a voltage gain of 2, is used to drive multiple transmission lines, each through a series termination resistor of Rs = Zo.

Each receiver has a high input resistance. The transmission line is coupled to the high Rin input through a resistor to ground, or a network such as a “π” or “T” pad, to bring the input impedance close to Zo so as to best terminate the transmission line.

That prevents equipment down stream from effecting other equipment by variable loading. Any unused distribution outputs should be terminated in Rp = Zo to eliminate unterminated line length wavelength effects and so flattens the passband of the entire distribution system. So, the ends of the lines do see matched impedances, but the modules actually have low Rout and high Rin.
Mike_In_Plano

This splits the topic into two more branches:

We have the RF and low noise analog circuits, such as amplifiers, where wasted signal on the input reduces the signal-to-noise ratio. Thus a radio receiver is optimized to use as much of the signal as possible in the amplifying device (i.e. transistor) rather than expending energy in resistors. In like fashion, most transmitters attempt to squeak as much efficiency as possible out of the output amplifier, so it is again designed to come close to the impedance of the transmission line.
Since amplifiers rarely have the same impedance as the transmission line, a class of circuits arises for matching one impedance to another through the application of transformers, inductors, capacitors, and pieces of transmission line.
A good place for an introduction to this topic is the ARRL handbook.

Digital and some high speed analog circuits generally don't require this adherence to using every bit of energy. Typically the designer is concerned with signal shape. Thus, the input/stages may be low and high impedance's respectively with resistors to achieve the optimal impedance. However, even in this case, the designer doesn't always get away from inductors and capacitors because they are intrinsic to the electronic components.
An interesting place to see this battle for L-C sepremecy in action is the article "Who Wakes The Burgler?" by Carl Battjes in "The Art and Science of Analog Circuit Design"
Log in or register to reply now!

Why is there resistor R2 connecting output and input of op amp?