Hi
Here is a question with answer , in fact I don't understand the answer fully ..
please can explain to me the answer .. pleas anyone clear out the answer

and here in answer I saw that work is negative is that because work done by the system ? 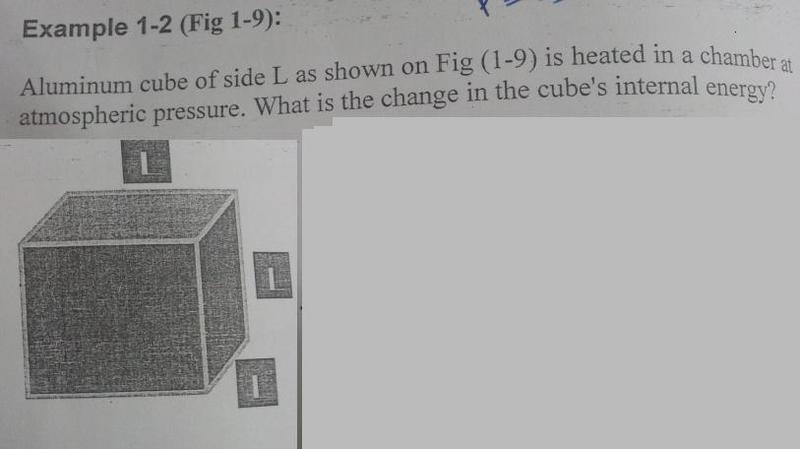 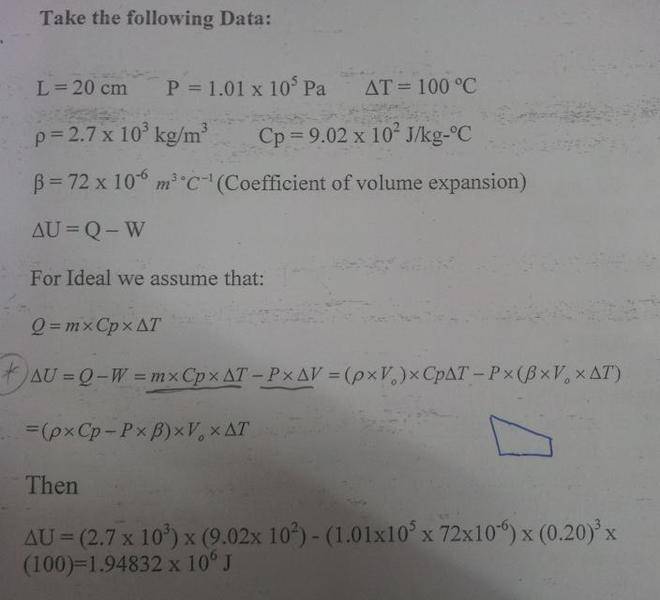 that is the difference in energy between the received heat and the work done by the system is used to raise its internal energy. In this the aluminium cube does positive work since it is expanding against atmospheric pressure.
manal950

Here - W (negative )
Is because the work done by the system during heating ?

and why delta T in C why not in kelvin (K)

Weh ndifference of temperature are involved you need not change the temperature to kelvin since their is just a constant difference between the two 273 degrees.
manal950

In fact, I face a problem related to sign as I know when the work done by the system that mean negative sign
and as some members say in this example see here

what the difference between tow examples ?
Basic_Physics

The system will loose energy if it does work, like the expanding block pushing outwards against the air. Because the force that it is exerting against the air is directed outwards and the surface is also moving in this direction, outwards, so it is doing positive work. If the block was cooled down it would still need to support itself against the atmosphere, so it is still pushing back against it, but now the direction of motion is inwards as it is contracting while it is cooling, but now the work done by it is negative since the force and direction of motion are opposite to each other. Also since the atmosphere is pushing it inwards we get that the block will gain energy because the atmosphere is doing work on it. So positive work means it is losing energy and negative work means it is gaining energy.
manal950

Thermodynamics - Question with my answer

B
Answer it with explanation

P
Question with the Right Answer

C
What's wrong with my answer?

N
I have question with answer ,,

M
What is wrong with this answer?