Trying to simulate a square wave. NOT WORKING

For my extra credit project i am building a simple square wave osc i am trying to simulate the schematics in Multism, a program i just learned today.

Here are the original schematics: 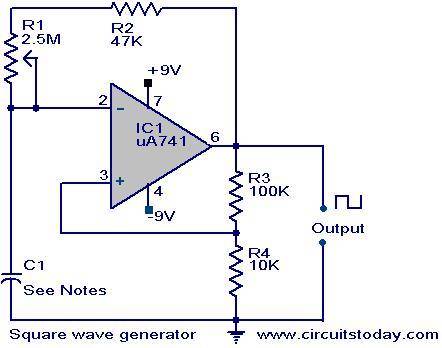 more info on the circuit is found http://www.circuitstoday.com/square-wave-generator-using-ua-741"


These are my schematics suppositly replicatinmg the ones above. The ocilliscope just shoots up then remains blank.

You might try two 9-volt batteries, with the midpoint connected to the common ground.

now i just get a straight line
skeptic2

It seems to me there is a jumper where C1 should be. Did you intend that. If you replace it with a capacitor, does it work?
omonoid

no that didnt work i aslo saw that as a possible problem. It is now a cap
Bob S

It takes a long time to charge C1 before the multivibrator starts. Wait at least 0.25 sec before starting plot. See thumbnail.

It also looks to me like you have the inverting and non-inverting inputs reversed from the example.
skeptic2

omonoid, I just created and ran your circuit and get a beautiful square wave with a frequency of about 210 Hz. I think if you reverse your inputs it will work.
yungman

I meant to say I created it in SPICE and I did use two 9 V supplies. Afterward I changed the circuit as little as possible to work off of one supply. See attached.

Took me a few, LOL. You DO need two batteries, give this a try.

With respect, the initial diagram tells you that you need a + and - supply. The input biasing is taken to the Earth point, which is half way between the two supplies. How could anyone be surprised that the circuit didn't work when connected 'lop sided'? These devices have pretty good common mode rejection but give 'em a chance!
vk6kro
Science Advisor

This circuit works well in practice, but it does depend on the output either being positive or negative and a simulator can start up with the output being zero.

I tried this recently and had to deliberately unbalance the circuit by adding a large value resistor from one of the supply rails to the non inverting input.

thanks for all the feed back. I would like my final product to have a pot to vary the frequency and one to vary the amplitude. Would i just preplace one of the resistors with a pot to make the freq vary? Also for amplitude would i just wire in a pot before the output?
vk6kro
Science Advisor

First try the extra resistor shown in the previous post to see if you get oscillation.

If you do, then R1 and C control the frequency so it is easiest to make R1 variable.

The voltage at the non inverting input sets the amplitude of the square wave, however adjusting it may cause loss of oscillation.

You could just put a pot (maybe 10 K) from the output of the opamp to ground and take the output from the moving contact and ground. Try simulating it.
omonoid

ugh i must suck at simulating. My result was a flat line on the oscillospope

here is my schemtaics for the simulation 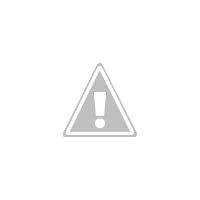 I get delays of a second or so before it starts oscillating.

Can you set your time so that you watch it for 5 seconds?

The actual opamp probably doesn't matter for this simulation.
omonoid

I mean no disrespect, but I downloaded multisim, leaned it and made it work in 2 hours using your OP schematic. I posted the screen shot. Exactly how are you having difficulty with the notion the 741 requires a dual polarity supply when it was part of your OP? Anyway, I hope you get your EC; I did my part for fun, LOL.

Fish yours was helplful and worked fine...its the only success ive had. I was just trying to get the schematics vk6kro put up working.

Fish is there a way of reconfiguring yours to only have 1 9v? when i actually build it i dont want to have 2 batteries

Also i threw in a 10k pot in place of your R4 so i can adjust the frequency and it works.

Is there a way of calculating for the right size pot to use? i want it to be able to go from around 100 HZ to 2.5 MHz. The built in oscope doesnt show frequency

I think Im gonna stick with Fish's schematic beacuse its the only one working. Thanks! everyone who offered advice
Fish4Fun

The 741 REQUIRES a dual polarity supply the way you are using it. You could supply it from a voltage divider, but I would give that design a "zero". If you are looking for "extra credit", earn it, LOL, understand the chip. Take heart in this notion: I have a degree in English Literature, Electronics is just a hobby for me :-) I do thank you for introducing me to multisim, it is very cool!

There is no reason any of the opamps should require a dual supply. In fact you should be able to accomplish this with an inverting Schmidt Trigger gate.

One reason your circuit may not be oscillating, or that it takes so long to begin oscillating, is that MultiSim likes to start the simulation with a quiescent voltage applied to the capacitor. Have you tried bringing up the capacitor and setting the initial condition (IC) to zero volts?

I tried your circuit of post #16 and it worked fine. However, in your schematic I don't see any power source for the opamp. If you can replace that opamp with the uA741 in the first post and connect pin 4 to ground and 7 to +9V, does it work?
Last edited: Jan 24, 2011
sophiecentaur
Science Advisor
Gold Member

Of course that's true but, if you use a single power supply, your biasing has to be modified accordingly. The amplifier amplifies the Difference between - and + inputs so they need to be more or less equal, if the gain is 10,000X. Notice that the 'working' version (above) has its + input biased to half rail volts, which allows it to work with one power supply.

Edit. In the original circuit, if using a single PSU, when the -input goes up, the output will go down and the +input can remain below -input, even when the capacitor has stabilised - you're relying on the op amp functioning properly with inputs right next to the ground and -in can still be higher than +in (not being properly defined). The idea is to operate an op amp with its inputs around half rail so that either can be made higher or lower than the other, in a well defined way.
Last edited: Jan 24, 2011
omonoid

I tried incorperating a voltage divider on a 9v so i would have a + and - 4.5v going to the opamp. For some reason the oscope displayed a odd shaped non square wave. What am i doing wrong?

Suggested for: Trying to simulate a square wave. NOT WORKING

Adding noise to a Square wave in Matlab

Generating a square wave with a PIC12F

Logisim question -- Simulation of a small logic circuit is not working