What are your favourite physics/mathematics misconceptions?

Maybe there's even a few that myself or others here still believe... bonus points if you get one of these. I'll start with one I see a lot...

Not a misconception but a confusion. We were taught r theta phi in math. But American physics now uses the r phi theta convention to be in sync with European physics.
ergospherical
Gold Member

jedishrfu said:
Not a misconception but a confusion. We were taught r theta phi in math. But American physics now uses the r phi theta convention to be in sync with European physics.

That reminds me, here's a test to see whether you're a physicist or a mathematician at heart...
if ##f(x,y) = xy##, what is ##f(r,\theta)##?
jedishrfu
Mentor
Insights Author

i think i got that right. Its been roughly 50 years.
ergospherical
Gold Member

Yay, you are a physicist!

That Newton thought the speed of light was infinite.

That classical physics was doing fine until Einstein stuck in an unwelcome oar.

That for years no one understood relativity except uncle Albert.

That the classical model of the atom was hunky dory until the QM pioneers decided it should be weirder.
fresh_42
Mentor
Insights Author

I hate that people still try to figure out what ##0^{-1}## is, or why it is forbidden. Why don't they ask why ## i ## isn't real, or why the set of all sets isn't a set, or why a bird isn't a fish? That is exactly the same quality.
PeroK
Science Advisor
Homework Helper
Insights Author
Gold Member
2020 Award

Exchanging the roles of ##\phi## and ##\theta## in my use of spherical coordinates was a seminal moment in my transition from amateur hack mathematician to amateur hack physicist!
caz
Gold Member

Amusing, a banana is a type of fish.

Terry Pratchett said:
“Yes, sir, but the Librarian likes bananas, sir."
"Very nourishin' fruit, Mr Stibbons."
"Yes, sir. Although, funnily enough it's not actually a fruit, sir."
"Really?"
"Yes, sir. Botanically, it's a type of fish, sir. According to my theory it's cladistically associated with the Krullian pipefish, sir, which of course is also yellow and goes around in bunches or shoals."
"And lives in trees?"
"Well, not usually, sir. The banana is obviously exploiting a new niche."
"Good heavens, really? It's a funny thing, but I've never much liked bananas and I've always been a bit suspicious of fish, too. That'd explain it.”

I guess you will have to define "definition". According to Feynman:

The Newtonian statement above [##F = ma##], however, seems to be a most precise definition of force, and one that appeals to the mathematician; nevertheless, it is completely useless, because no prediction whatsoever can be made from a definition. One might sit in an armchair all day long and define words at will, but to find out what happens when two balls push against each other, or when a weight is hung on a spring, is another matter altogether, because the way the bodies behave is something completely outside any choice of definitions.

What is a chair? Well, a chair is a certain thing over there … certain?, how certain? The atoms are evaporating from it from time to time—not many atoms, but a few—dirt falls on it and gets dissolved in the paint; so to define a chair precisely, to say exactly which atoms are chair, and which atoms are air, or which atoms are dirt, or which atoms are paint that belongs to the chair is impossible. So the mass of a chair can be defined only approximately. In the same way, to define the mass of a single object is impossible, because there are not any single, left-alone objects in the world—every object is a mixture of a lot of things, so we can deal with it only as a series of approximations and idealizations.

The trick is the idealizations. To an excellent approximation of perhaps one part in 1010, the number of atoms in the chair does not change in a minute, and if we are not too precise we may idealize the chair as a definite thing; in the same way we shall learn about the characteristics of force, in an ideal fashion, if we are not too precise. One may be dissatisfied with the approximate view of nature that physics tries to obtain (the attempt is always to increase the accuracy of the approximation), and may prefer a mathematical definition; but mathematical definitions can never work in the real world. A mathematical definition will be good for mathematics, in which all the logic can be followed out completely, but the physical world is complex, as we have indicated in a number of examples, such as those of the ocean waves and a glass of wine. When we try to isolate pieces of it, to talk about one mass, the wine and the glass, how can we know which is which, when one dissolves in the other? The forces on a single thing already involve approximation, and if we have a system of discourse about the real world, then that system, at least for the present day, must involve approximations of some kind.

PeroK said:
That for years no one understood relativity except uncle Albert.

It took 30 yrs of looking at the bow wake of a boat before I realized how it was really not the same as the shock from a supersonic aircraft.
Boats always move at (water) mach 3
ergospherical
Gold Member

jack action said:
I guess you will have to define "definition". According to Feynman:

(Defining force as ##m\mathbf{a}## is nothing but a tautology!)


hutchphd said:
It took 30 yrs of looking at the bow wake of a boat before I realized how it was really not the same as the shock from a supersonic aircraft. 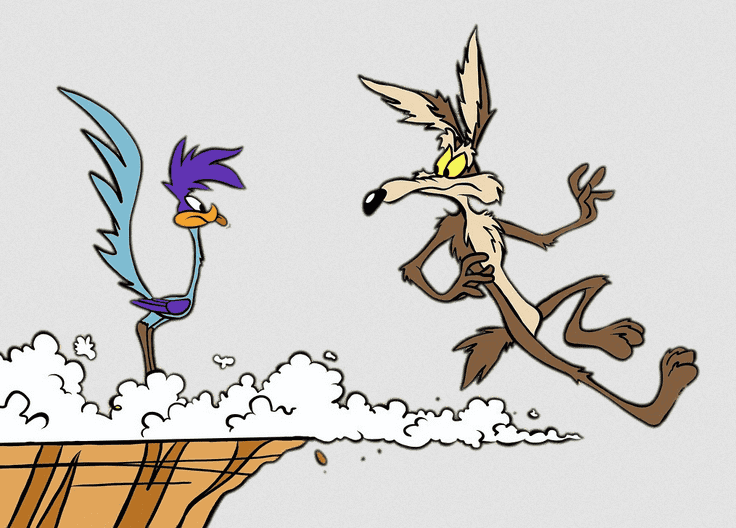 Though it's not pure physics/mathematics there has been a number of huge misconceptions in the history of astronomy:

this reminds me of a difficulty i had in reading physics articles as a young person. the authors took for granted things that were not stated. mathematicians live by what they say.
ergospherical
Gold Member

ergospherical said:
Yay, you are a physicist!

this illustrates one of my over-generalizations: mathematicians are often more precise at saying what they mean, but physicists are often more likely to understand correctly what is actually going on.
phinds
Science Advisor
Insights Author
Gold Member

mathwonk said:
this reminds me of a difficulty i had in reading physics articles as a young person. the authors took for granted things that were not stated. mathematicians live by what they say.

Exactly. The difference between mathematics and physics is not so much in what is taught, and even less in the instruments, they use. The main difference is simply that it is another language.
caz
Gold Member

Given that this is a physics forum, I feel that one should mention
https://en.wikipedia.org/wiki/Magic_number_(physics)

PeroK said:
That Newton thought the speed of light was infinite.

I believe that in Newton's speculations he declared this absurd. In short, he knew his model was wrong but couldn't come up with anything better. And the math worked for all practical purposes of his time. That may have been one of the reasons he was reluctant to publish the Principia.

It is fairly common for a wrong model to lead to (in this case almost) correct math. This is a good reason to not take models all that seriously.
Share:
Share

Related Threads on What are your favourite physics/mathematics misconceptions?

What are your favourite pets?

What are your favourite pair of shoes?
2

What is your favourite palindrome?
2

What is your favourite coffee?
3

L
What is your favourite bread?
3

What is your favourite classical piece?
2

Who is/are your favourite physicist(s) and why?
2