I am having difficulty using the right hand rule to explain a natural phenomenon.

Velocity of particle​
If you apply the right hand rule here, the resultant force points out of the screen for positively charged particles and into the screen for negative. This implies that the particles would be deflected around the earth along the equator.

So here's my question, if the particles get deflected around the earth, how do they end up impacting the atmosphere around the poles and causing aurora's and such. How does the earth's magnetic field direct charges towards to poles if the force doesn't point up or down? What am I missing?

When energetic charged particles enter the earth's atmosphere from the solar wind, they tend to be channeled toward the poles by the magnetic force which causes them to spiral around the magnetic field lines of the earth.

GaffneysWrath said:
. How does the earth's magnetic field direct charges towards to poles if the force doesn't point up or down? What am I missing?

The force does point up or down. 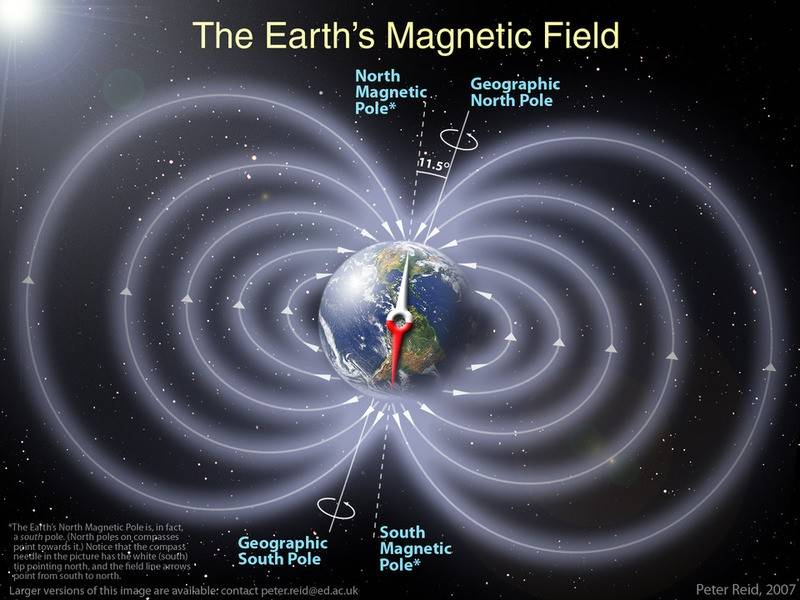 cepheid said:
Of course, the components of the motion parallel to the field lines remain, and since the field lines of a magnetic dipole converge at the poles, the end result is that the charged particles will SPIRAL along the field lines, travelling towards either pole in a helical motion (motion in the shape of a helix). So you see how being drawn into a circle gets rid of any of the particle's net "longitudinal" motion, leaving only a net "latitudinal" motion remaining.

Thank you, excellent response. I knew there had to be a leftover component that I was neglecting. I think I see it now. I was hoping there was a really simple way of explaining it because I'm trying to find ways to make the right hand rule relevant to my students, but I think this concept is probably a little advanced for my high school seniors. I think I'll stick to mass spectrometers and particle accelerators for them. Nonetheless, I still wanted to know the answer, so thanks!
Share:
Share