Agreed, an accurate description alone won't solve the problem. However, refusal to adequately define the enemy makes the problem of fighting and beating an enemy unsolvable.

Some cut and paste Tzu is not required here; knowing the enemy, the level of threat, their abilities, their motivation, is common sense. One type of radical, say the Weather Underground, consisted of a few like minded upper class individuals who made a ~dozen bombs to blow up a few people and buildings around a single issue. Another, the Unabomber, sits in a remote cabin in the woods recruiting nobody, limited to murder and mutilation via the mail. Radical Islamic Jihadists demand tyrannical control over a nation state, actively preach world domination by that state along with the end of times, recruit from the margins of a billion Muslims worldwide via a twisted religious message.

Treating all these groups the same is bound to fail to arrest/eliminate them.
Last edited: Jul 19, 2016
rootone

Most reports I read about this suggested the guy was not known as a religious extremist and not even a regular attendee at a mosque.
He did however have a history of being unpredictably violent, was known to social workers etc, and while not in treatment for a psychosis, that might have been a good idea.
dipole

micromass said:
Couple of things I'd like to know an answer to:
1) How many US citizens would say it is sometimes necessary to kill civilians in order to protect US interests? What about killing in name of christianity?
2) With those muslims who say that it is sometimes necessary to kill civilians, what exactly are the reasons under which it would be acceptable to them?
3) What was the exact question of the people who were polled? How were the people sampled exactly?

In the US, we have a presidential candidate who says he would target civilians in order to deter terrorism. Sounds a lot worse to me to be honest.

1. It is not the US's policy to kill civilians. Many civilians have died in the Middle East due to U.S. military activity there, but frankly that number is dwarfed by the number killed due to Islamic in-fighting. And given how many civilians we could kill, or have the capacity to kill, the U.S. has shown remarkable restraint. Muslim terrorists, on the other hand, have killed about as many people as they possibly can, given their capacity to, and deliberately target innocent people. There is a huge difference here you are ignoring.

Further, even if polls did find that a similar number of people would agree it's justified sometimes to kill in the name of Christianity, the fact is Christians aren't doing it. There are virtually zero Christian terrorists targeting innocent people. The Muslims, on the other hand, have not only made their opinion known, but have shown time and time again they're willing to act on it.

micromass said:
I don't care about the respect of an organization. I don't believe any poll or result until I had a careful look at the methodology used.

Then find a flaw with it and report back. Otherwise you're just burying your head in the sand because you don't want to accept the findings of the poll.
nikkkom
Insights Author 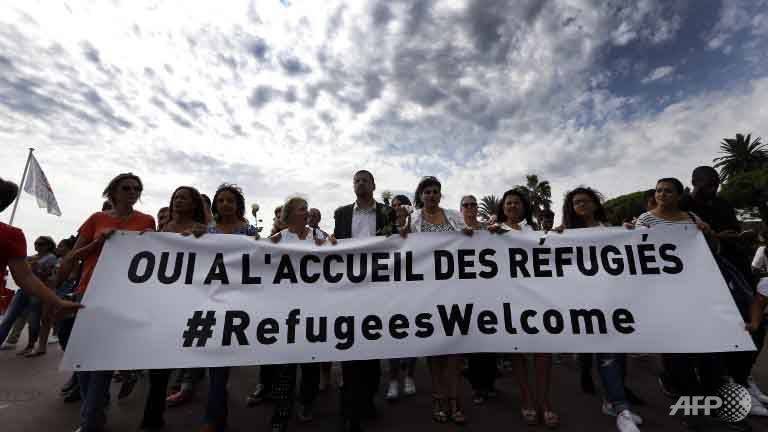 Related Threads on Terrorist Attack in France 84 dead and counting