What makes a yagi antenna directional?

How exactly do the elements "connect" to each other to make an antenna directional? I see some Yagi's have a reflector but most do not.

Most Yagi antennas that I'm familiar with will have a single reflector at the "back" end of the antenna array, and then the Tx/Rx element, and then some number of "Director" elements in the "front":

The larger the number of elements, the higher the directional gain. Have you studied antennas and antenna arrays much yet? We can try to help you understand how they work on several different levels...

Reflector is usually the first element added to the dipole, as it gives more gain than a director and particularly helps the front to back ratio. I've seen antennas with only a reflector, but never with only directors (unless the reflector fell off !)

If you manage to get the details right - the gap between elements (typically just over 0.1 λ ) and the length of each element, then the sum of the phase changes is such that, the reradiated wave from the reflector is nearly antiphase with the original wave in that direction and only a little out of phase with the original wave in the forward direction. The reradiated waves from the directors have the opposite property of being closer in phase to the forward wave and closer to antiphase with the reverse wave. ("Nearly" in phase or antiphase here could be as much as 45o off, though the aim is less.)

Since all the elements interact with each other, this is quite a juggling act. The result is never(?) as clean as the ideal single forward lobe, but these days designs can be optimised by computer simulation to emphasise the features that are wanted or reduce unwanted features (side-lobes, rear radiation, forward gain, drive impedance, bandwidth, ...) I have to rely on the clever fellows who've done the maths and come up with some reasonably good, stable, non-critical designs and published the data
tech99
Science Advisor
Gold Member

Tech2025 said:
How exactly do the elements "connect" to each other to make an antenna directional? I see some Yagi's have a reflector but most do not.

A Yagi antenna is an end fire array of dipoles. Energy is supplied to a driven element via a transmission line, and the remaining dipoles are excited by mutual coupling rather than by the use of a transmission line. Each element has a fairly high Q factor, and so the coupling can be sufficient even when the mutual impedance is small. K=MQ where K is the coupling coefficient and M is the mutual impedance. The mutual impedance is a mixture of reactive and radiative coupling. The required phasing to obtain end-fire action is obtained by de-tuning the elements.
davenn
Science Advisor
Gold Member

Tech2025 said:
I see some Yagi's have a reflector but most do not.

really ? ... show us a photo
I don't think I have ever seen a yagi without a reflector (unless it has fallen off).
I suspect you either don't know what a yagi is or you don't understand what you are looking at

Berkeman gave you a good link to read

Tech2025 said:
I see some Yagi's have a reflector but most do not.

What you mean is that the reflector often has a large area. There is always at least a dipole 'reflector'. It reflects because its length is greater than the driven element and the phase of the re-radiated wave from it is opposite (approx) to the phase of the wave from the driven element so there is (partial) cancellation in the rear direction. As has been hinted at above, the simplest form of Yagi is an H antenna which has a roughly cardioid pattern.
The Yagi was a really inspired design as it uses just one driven element and it is simple to feed. The parasitic elements on the boom are very strong and the tend to protect the driven element, buried in the midst of them.
Never perfect but very adaptable and it has been superseded somewhat by the 'log periodic' array that has a tapered row of elements, all of which are driven from a balanced transmission line instead of a simple boom. It looks a bit like a yagi. You can frequently spot them on chimneys in areas where there is bad multipath reception (echos from nearby buildings).
berkeman
Mentor

I did some reading last night in my ARRL Handbook, and the relationship between the element spacings and element lengths is pretty complicated. It's not just a bunch of quarter wavelengths like I had initially assumed. Here is a graph showing the gain for a 3-element Yagi based on the spacings. For more elements it looks like simulations are used to optimize the gain and directivity... 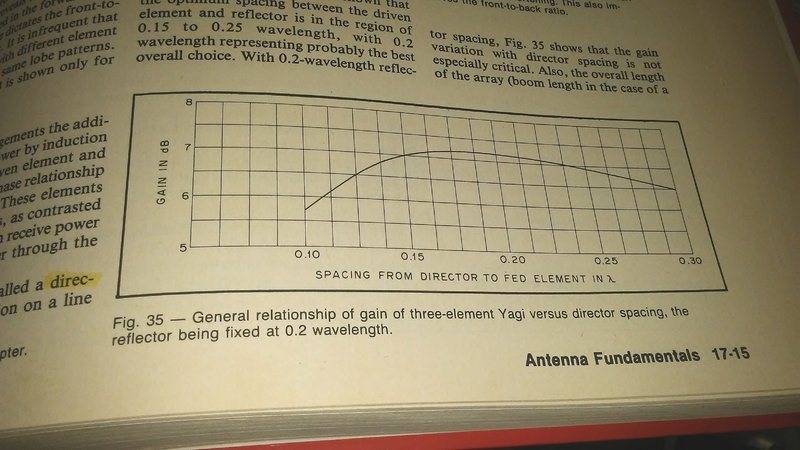 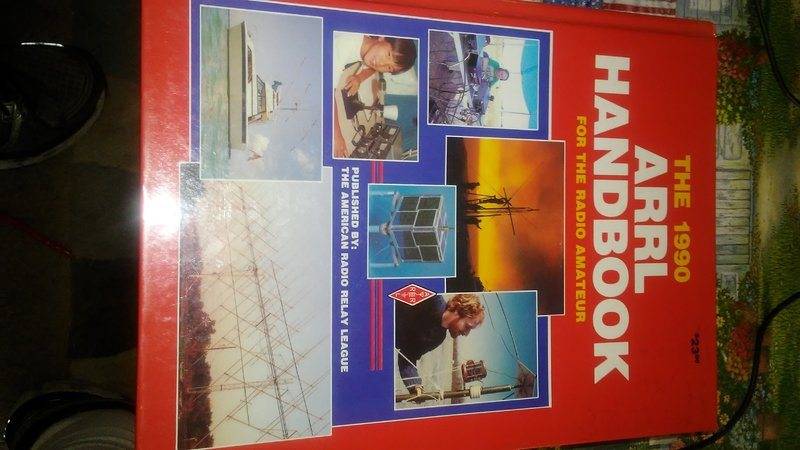 berkeman said:
For more elements it looks like simulations are used to optimize the gain and directivity..

Early work on some very successful Yagi arrays was done decades before the dreaded simulations were available.
But each design took some while to calculate in those days.
Share:
Share

Suggested for: What makes a yagi antenna directional?

Impedance of a half-wave dipole antenna
2

Using an inductor choke as a receiving antenna for LW radio

Receiver Circuit Question -- What role does this antenna capacitor play?
3

Does Heinrich Hertz' apparatus include a proper antenna?

Resonant Frequency for a Coil-Only Antenna