Which one is more work-hardened than the other?

TL;DR Summary
The effect on number of cold drawing to work-hardening.

I wonder which one is more work-hardened in cold drawing process.

Final diameter is same, but the number of cold drawing is different.
In my guess, ② is more work-hardened even thought I can't explain the reason exactly.

If you know the answer and the mechanism, I hope you tell me about that. 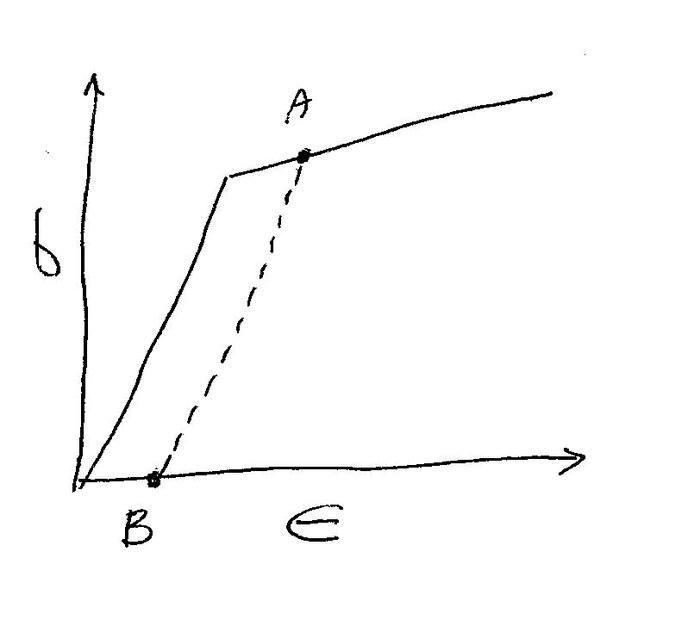 That is for simple tensile loading. A cold drawing process involves a more complex stress-strain path that complicates matters. Answering your question requires finding the exact strain path as the part goes through the cold drawing process. The image below shows a part that was cold drawn in two halves. Each half had lines scribed before drawing. After drawing, the two halves were separated. The lines are no longer straight. I believe this means that the actual strain path is more complex than that of a simple tensile test, which would imply (but does not prove) that drawing in two stages might cause more work hardening than drawing in one stage.

I cannot explain it exactly either, but I think you are right. Proving it would require studying the strain path through the cold drawing process.
Share:
Share

Suggested for: Which one is more work-hardened than the other?

Which grade of Stainless Steel is more soft or ductile in Sheet form?

Is ABS or Stainless steel more inert? (moved to Engineering)

Is Stainless Steel or Aluminum with a Stainess Steel finish more durable?

Why Does Electrical Work Cause Changes in the Internal Energy of a System?

Polymer nanocomposite -- Which is the most emerging application field?

Why weld joints are stronger than the base material itself?

Hydrophobic coating on acrylic/plexiglass, PTFE or other solution?

What is the Electromagnetic Cross Section in this plasma deposition process?