Why is it said that high current is dangerous? Why not Watts?

From what I've read, it says that high current is dangerous.
So my question is

Why don't we say high watts are dangerous?

Two things that are mostly damaging to tissues are heat and electrochemical reactions, both are current dependent (i2R and i×t). Yes, when trying to analyze details there is no way to ignore voltage and power, but the first approximation can deal with the current only.
phinds
Science Advisor
Insights Author
Gold Member
2019 Award

kolleamm said:
Why don't we say high watts are dangerous?

Look up Ohm's Law and consider the resistance of the human body.
anorlunda
Mentor
Insights Author

Lethality of electric shock is a complicated nonlinear function of biology and physics. Here are some of the factors. 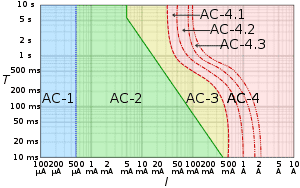 Other issues affecting lethality are frequency, which is an issue in causing cardiac arrest or muscular spasms. Very high frequency electric current causes tissue burning, but does not penetrate the body far enough to cause cardiac arrest (see electrosurgery). Also important is the pathway: if the current passes through the chest or head, there is an increased chance of death. From a main circuit or power distribution panel the damage is more likely to be internal, leading to cardiac arrest.[citation needed] Another factor is that cardiac tissue has a chronaxie (response time) of about 3 milliseconds, so electricity at frequencies of higher than about 333 Hz requires more current to cause fibrillation than is required at lower frequencies.

The comparison between the dangers of alternating current at typical power transmission frequences (i.e., 50 or 60 Hz), and direct current has been a subject of debate ever since the War of Currents in the 1880s. Animal experiments conducted during this time suggested that alternating current was about twice as dangerous as direct current per unit of current flow (or per unit of applied voltage).

It is sometimes suggested that human lethality is most common with alternating current at 100–250 volts; however, death has occurred below this range, with supplies as low as 42 volts.[22] Assuming a steady current flow (as opposed to a shock from a capacitor or from static electricity), shocks above 2,700 volts are often fatal, with those above 11,000 volts being usually fatal, though exceptional cases have been noted. According to a Guinness Book of World Records comic, seventeen-year-old Brian Latasa survived a 230,000 volt shock on the tower of an ultra-high voltage line in Griffith Park, Los Angeles on November 9, 1967.[23] A news report of the event stated that he was "jolted through the air, and landed across the line", and though rescued by firemen, he suffered burns over 40% of his body and was completely paralyzed except for his eyelids.[24]

Generally we do not consider high current to be dangerous because potentials under 30V are unlikely to induce a biologically significant current across the resistance of human skin and tissues (see ohms law). Think about how you don't get a shock touching the terminals of a 9V battery to your hand, but it can give a shock to your tongue where the resistance of the wet tissue is much lower.
While high current circuits with low voltages are generally not an electrical shock hazard, they have the potential to send large currents through other unintended routes. If you had a battery of say ten 12V car batteries arranged in parallel it would still be 12V and not shock you. But if you dropped a screwdriver across the terminals you could source 1000A across the 0.1ohm screwdriver for a power P=I^2*V = 100kW. The wiring in the circuit and the screwdriver won't last very long at this power and it will probably melt or vaporize in your face resulting in flash burns. This is the main reason to use caution around high current circuitry; short circuits can be destructive.
f95toli
Science Advisor
Gold Member

Just to add to what was written above. Even a small voltage (tens of volts) and high current can be dangerous if the current somehow makes it way into your body.
You skin is a -as was pointed out above- a pretty good insulator (when dry) but if you make contact via a wound (something penetrates the skin) or say in your mouth things become more dangerous.

Now, this might sound far fetched but if you think about the situations when an accident could happen it becomes fairly obvious that this can be a major issue; there are plenty of sharp edges in electrical machinery (not to mention sharp copper wires).

I do a fair amount of work with low-voltage (a few volts). high current equipment (100A) and I always make a point of treating every situation AS IF the terminals are high voltage for this reason (even though it would be perfectly safe to touch them with dry hands).
Nik_2213

Rule of thumb is, "Voltage shocks, Current kills".
As the above posts explain, it is a bit more complicated, potentially a lot more lethal...
Due Care, Please ??

FWIW, when my BIL started as an electrical apprentice, his first job was to scrape some charred remnants of his careless predecessor off a big pump's 440 volt switch-gear. As BIL said, the lingering smell put him off bacon sarnies for several weeks...
kolleamm

I watched a YouTube video and the guy explains that basically you need a high voltage in order for a dangerous amount of current to hurt you. Is that right?
anorlunda
Mentor
Insights Author

kolleamm said:
I watched a YouTube video and the guy explains that basically you need a high voltage in order for a dangerous amount of current to hurt you. Is that right?

You already had several answers in this thread that said no; it depends on circumstances. It also depends on what "high" means.

kolleamm said:
I watched a YouTube video and the guy explains that basically you need a high voltage in order for a dangerous amount of current to hurt you. Is that right?

How high is up?
kolleamm

Here is the video

kolleamm said:
Here is the video

I’ve seen this video - he explains it well. You can’t say ‘it’s hitting the ground that kills you, not the falling’, because the two are linked; one causes the other. Voltage and current are linked too. You need a certain voltage to drive significant current through your insulating skin layer. The wattage you speak of is a various amalgam of voltage, current, time and resistance, and the individual details that are so crucial are lost:

My welder can supply 200A at about 20V, or 4 kW of power, which is a tremendous amount. But the voltage is too low to drive that current through me. See how detail is lost when considering shock hazards through power alone? Further to this, if I’m wearing a wedding ring and accidentally short it across the output, I’ll lose a finger.

An electric fence energiser is carefully designed not to kill, but a hand-to-hand shock delivered to an individual fitted with a pacemaker might just kill. So it’s not only the source of electrical power that has to be analysed - it’s the ‘shockee’.
jim hardy
Science Advisor
Gold Member
2019 Award
Dearly Missed

kolleamm said:
Here is the video

Indeed he explains it well

It's generally accepted that around twenty milliamps through your chest can be fatal.
https://www.ncbi.nlm.nih.gov/pmc/articles/PMC2763825/ 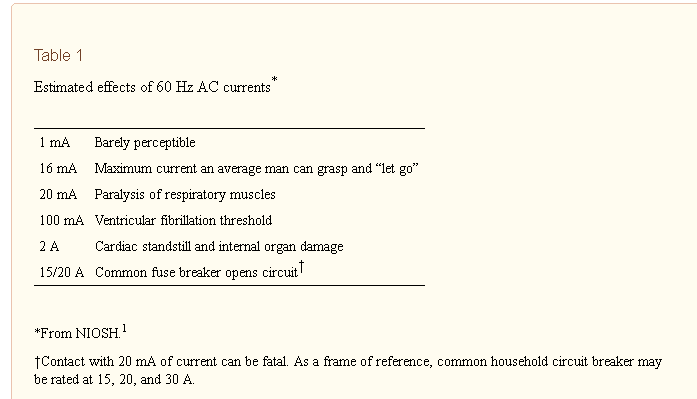 it takes quite a bit of voltage to push that much current through dry skin
but not wet skin., as you saw on that guy's tongue.
That's why electrical code doesn't want outlets within reach of a bathtub or shower.

It's energy that's dangerous and energy is product of volts and current.
The 230 volt feed to a house is capable of this 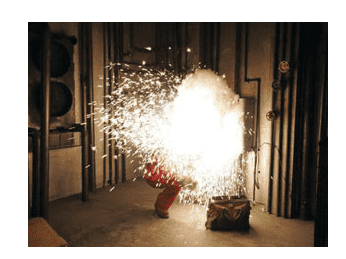 it's not only electrical energy that's dangerous.
I'm more afraid of speed and height .

Related Threads on Why is it said that high current is dangerous? Why not Watts?

Why DC is said to be more dangerous than AC?

Which high voltage is more dangerous: AC, or DC, and why?
2

Why is AC more dangerous than DC?

Why do we call a zero watts bulb as it so?

Why gyroboards are said to run so long on one battery charge...

Is It Dangerous to Use 12v tranformer to give a 6v output?

What really is "energy" -- is it the amps or the wattage?

How to convert AC Watts to DC Watts