A new planet has been visualized in a protoplanetary disk around a star. 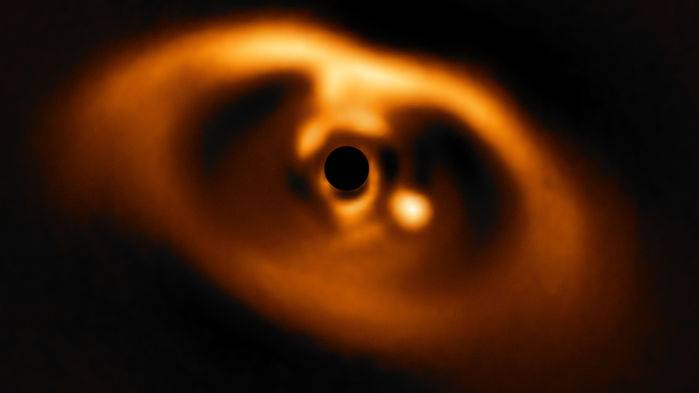 Heh. It was discovered by "Keppler".
Islam Hassan

Amazing, thanks for the pic!

But why is the planet bright? Is it on its way to becoming some sort of dwarf star and perhaps not a planet as such?

Islam Hassan said:
But why is the planet bright? Is it on its way to becoming some sort of dwarf star and perhaps not a planet as such?

According to the article:

In another paper published today in Astronomy & Astrophysics, a separate group led by Müller estimated the size, mass, temperature, and orbit of the planet by plugging all the information into various orbital and atmospheric models. The group predicts that PDS 70b is several times more massive than Jupiter, with a cloudy atmosphere that hits temperatures of around 1000°C, despite orbiting its star at roughly the same distance as Uranus from the sun.

Detecting Multiple Planets Around a Star

A planet orbiting a star

Can a planet become a star?

Are Planets Around Stars

K
Can a solid planet become a star?

M
Twin Planets! (can two planets share a barycenter and rotate around the same star?)