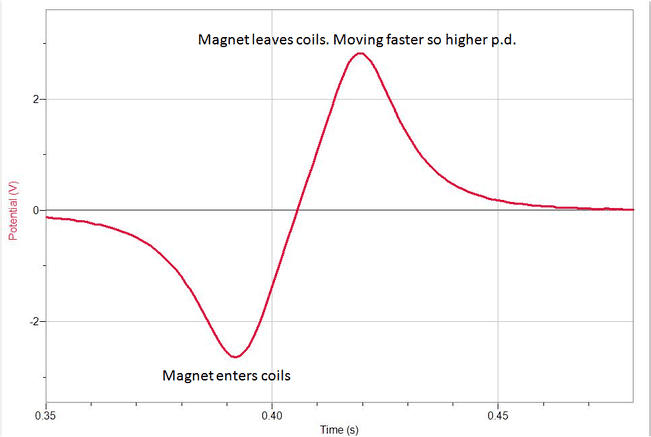 I know that an emf will be induced in the coil when there is a change in magentic flux, and that if the coil is connected in a closed circuit, a current will also be induced in the coil. I also know that the direction of this current is in such a direction to create a magnetic field which opposes the change that caused the induced current in the first place (Lenz's law). So I guess when the magnet enters the coil, there is a change in magnetic flux which induces an emf in the coil in one direction, and then when the magnet leaves the coil there is another change in flux and it induces an emf in the coil in the opposite direction, hence the positive and negative values? Is this the reason for the +ve and -ve values? 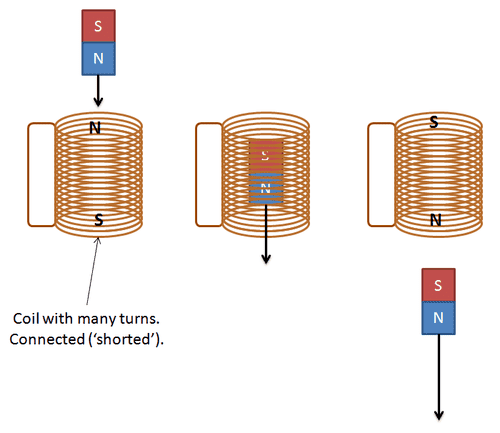 You would have the coil attracting the magnet, therefore the the pole on the coil would be a north pole to attract the south pole of the magnet to oppose its motion. Ah yes I get it now, thank you
Share:
Share

Suggested for: Magnetism in coils

Variation in EMF of a magnet moving through a Coil

How do change in magnetic flux induces emf in a coil ?