In the Aschcroft & Mermin solid state book there is a curve to compare F.D and M.B distribution. I can't understand the concept of M.B curve; what does mean exactlly when x =0? It means the probability of zero energy for particles is most or ...??? 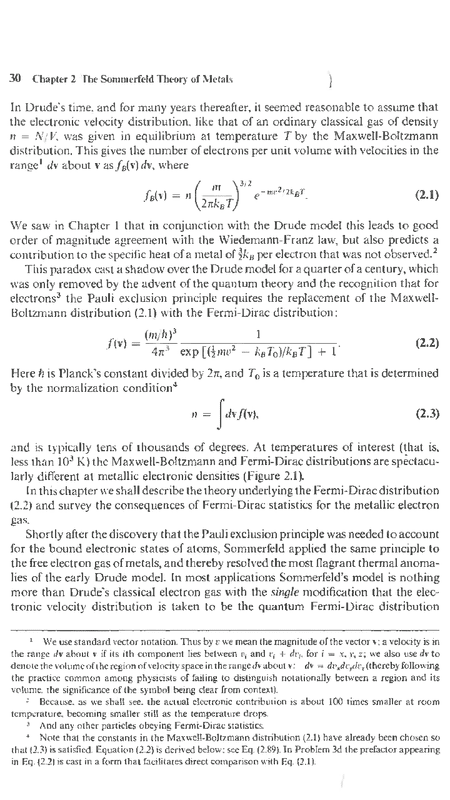 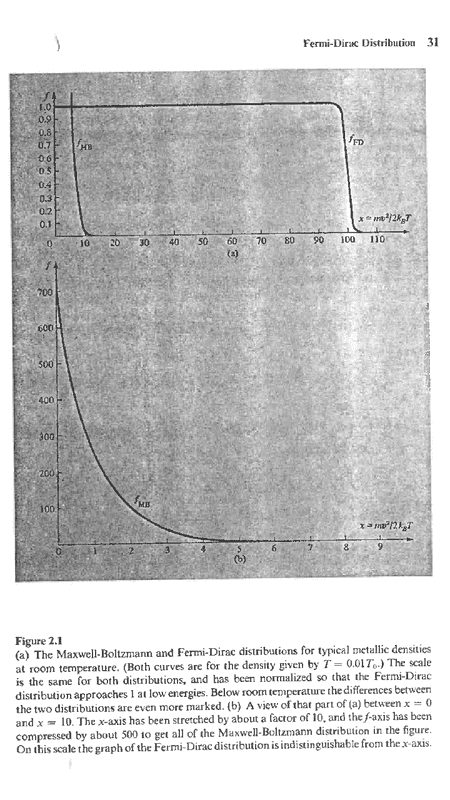 Equation 2.1 is the distribution of vectorial velocity, i.e. with a particular direction as well as magnitude (or alternatively, a particular set of components {vx, vy, vz}). It has a maximum at zero velocity. The distribution of the speed is found by summing Eq. 2.1 over all directions (or all sets of {vx, vy, vz} that give the same magnitude v), and is given by
f(v) = 4πv2f(v)
This has a value of zero at v=0, and a maximum at a finite v. The energy distribution goes as E1/2e-E/kT
Rzbs

Thanks so much for your simple description.
Now I can understand the difference between graph for speed, energy and velocity.

Figure 2.1 is a very bad graph. It is plotting the probability of one variable (velocity) against a different variable (energy/kT). All it really shows, qualitatively, is that MB and FD are very different.
If T increases, the distribution broadens, and the probability at low velocities decreases. The x axis in Fig 2.1 is E/kT, and the distribution of (E/kT) is independent of temperature.
Rzbs

Thanks. I thought so but I wasn't sure. You really help me to understand this. Thanks so much.
Last edited: Sep 8, 2020
Charles Link
Homework Helper
Insights Author
Gold Member