I think you might be onto something. In high school I was probably considered by many to be a nerd, although that term wasn't invented until some years later. The only sport I went out for was cross-country, which I barely participated in. In 9th grade, when 10-speed bicycles first began to be produced and imported, I got one, and immediately rode it down to the beach and back, about an 80 mile round trip. Not long after than, I did another fairly long ride of something over 100 miles.

Also, I have been an avid hiker and backpacker since my teen years, and took up mountaineering and rock-climbing in my college years. I've never been much interested in team sports per se. The activities I'm listing are usually done accompanied by others, but aren't what would be considered team sports.

I'm currently in my 70's and haven't done much actual peak-bagging for the past few years, but I'm extremely active in backpacking trips, covering anywhere from 20 to 55+ miles, usually in mountainous terrain, and sometimes requiring the use of an ice ax.

I read that half (I think the number was 47%) of ultramarathoners have graduate degrees. Most ultramarathons are 50 to 100 miles, and some are longer. Check out the Badwater 135 for some serious hard core endurance.
jtbell
Mentor

Surely the ultimate in nerdy sports is esports (video games). Some universities in the US have even started to award scholarships in esports, similarly to traditional sports such as (American) football and basketball.

Demystifier said:
... it seems to me that they like mountaineering and climbing more than average population. What are your experiences?

My daughter is definitely a nerd. From Why Fathers Get Gray Hair: 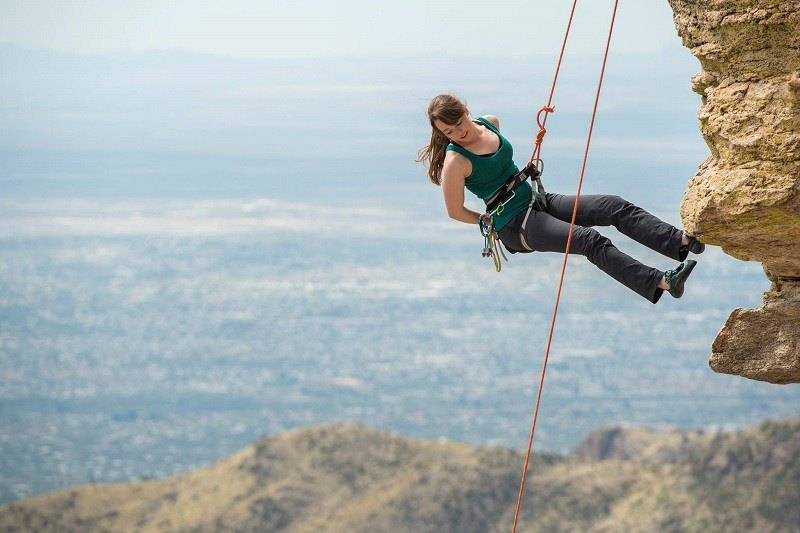 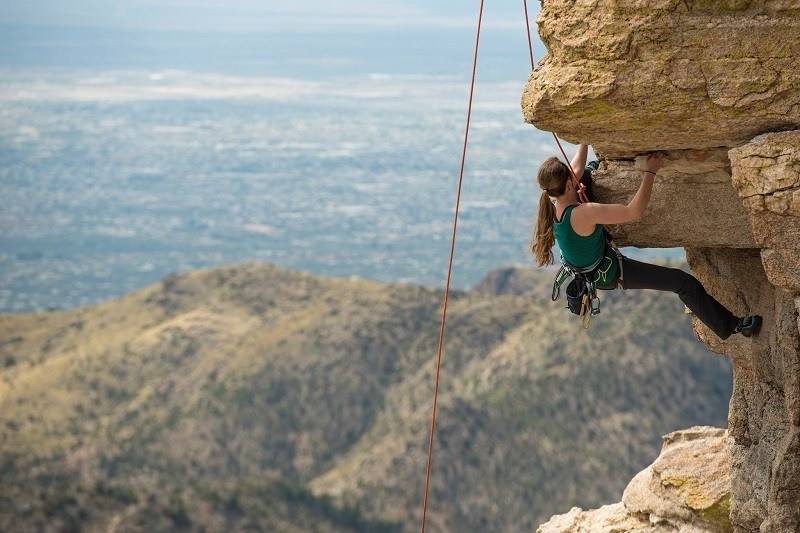 I’m a nerd but I have always been pretty active in sports. I am in my 5th year as a competitive gymnast and I’m preparing to test for my red belt in tae kwan do.
dlgoff
Science Advisor
Gold Member

Fig Neutron said:
I’m preparing to test for my red belt in tae kwan do.

Good luck with testing. My daughter also is into tae kwan do (holds a 4th degree black belt). Here's a pic of her. 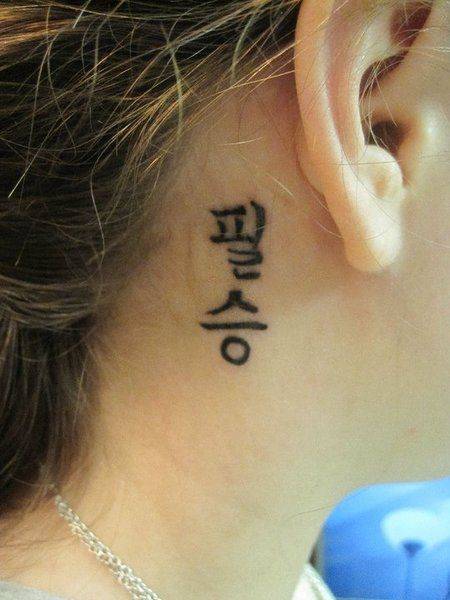 Re climbing I think you are spot on. For example, there are many climbs that have names from Lord of the Rings. And, in general in the UK and US the naming of climbs has a clearly nerdy influence.

That said, there are climbers of all types, but definitely it seems to have an attraction as a physical activity for the nerdy type.
Fig Neutron

dlgoff said:
Good luck with testing. My daughter also is into tae kwan do (holds a 4th degree black belt).

dlgoff said:
My daughter also is into tae kwan do (holds a 4th degree black belt). Here's a pic of her.

Why does she have the Chinese character for soup tattooed on her?
dlgoff
Science Advisor
Gold Member

Vanadium 50 said:
Why does she have the Chinese character for soup tattooed on her?

Actually it means Pli Sung which translates as “I am confident of certain victory.”
Aufbauwerk 2045
I would be considered a nerd by some. I avoided all the upscale trendy sports that seemed to played by the cool people. I am not trendy or cool in any way.

The only sport I ever loved was and is soccer. I did like camping and hiking when I was a kid, and also horseback riding. I liked swimming. But to me swimming is more than a sport, it's a vital life skill.

I am not counting video games, of course. I played them far too often! But they did cause my nerd self to be obsessed. The good side is that I was so interested that I learned how to program video games. But I do think they are played to excess.

I am interested in Rugby but never played. Based on what I know at this time, I would think about banning Rugby in school, due to the number of disabling injuries it causes. (Go ahead and dispute this if you played in school and think it's all right.) Of course there are also soccer injuries, and I was injured myself. But I was not disabled. I hate it when I hear about another young English kid who is paralyzed thanks to a Rugby accident. No sport is worth that. If they can make it safer, then I would change my opinion.

Speaking of nerds and video games, apparently video games are so important in South Korea that Starcraft has had a professional league. Although that has ended for Starcraft. I admit that if I was a bit younger I might find playing video games for a living an appealing life style. But I recommend something involving fresh air and lots of running around.
Jehannum

Bodybuilding seems "nerdy" to me. The participants don't fit the body image of a nerd, but all the focus on technical details and methodology is the nerd's hallmark.
lewando
Homework Helper
Gold Member

I have never self-identified as a "nerd" (I tended to prefer to think of myself as a "geek" in the modern definition, or a "keener" -- "nerd" was and is a pejorative term). As for myself, during my youth I had no interest in any sport and did not play in any of them (with the exception of baseball, which I played briefly in middle school, and track and field during high school). Unlike many so-called "nerds" I wasn't particularly interested in video games either (I played a little, but not obsessively so). My major hobby was (and is) reading -- I would spend hours reading a wide variety of books, magazines, newspapers, etc. I also enjoyed crossword puzzles and other form of puzzles as a youth.

The one physical activity I engaged in my childhood and adolescence was cycling around the neighbourhood and walking/hiking. Nowadays, I work out fairly rigorously and engage in long power-walks for about 30min to an hour a day.
BillTre
Science Advisor
Gold Member

I like more "normal" team sports and I consider my self kind of nerdy.

If you look through sports you see a variety of different people at high levels of success.
To extremes might be: the physically gifted vs. the smart, hard working athlete who builds him/here-self to a higher level.

Ted Williams was that to an extreme.
He was also reputed to have exceptional vision. Good for ball flight analysis, in real time.
There is a new documentary on him, on PBS tonight.
He was extremely focused on hitting and wrote a book (often considered the best book on hitting), The Science of Hitting). He is in my mind a real geeky athlete.

He was an interesting guy, with a prickly personality, and is often considered the greatest hitter ever.
Dr. Courtney
Education Advisor
Insights Author
Gold Member

My family definitely qualifies as "geeks": two Physics PhDs, two Chemistry majors planning on grad school, and one Physics major aspiring to a PhD at a top 5 school.

We're not olympic quality in any of them, but my daughter went to the collegiate nationals with her University in fencing, my son is ranked in the top 150 in a large Southern state in tennis, my wife and I were the tennis champs in our local senior games, I mountain bike 2000 miles a year, my fishing Youtube channel gets over 10k views a month, and our family has a long list of victories in the shooting sports including a few national championships and a bunch of regional victories.

I think being geeks has empowered us to each find our niches - we can figure out the things we'll be really good at with a few years of practice and effort, and we figure out how to make the most of available practice time and resources. We tend to avoid sports dominated by stupid jocks. Finally, (regarding the senior games) it's not that my wife and I have become any kind of real athletes, it's that the vast majority of our age cohort has gotten fat and sedentary. With modest efforts, our age related decline has been much slower than most others in our age cohort - that and keeping up with three teenagers has help keep us fit and motivated.

Just remembered we are also pretty good at mini-golf. I shot -10 and -12 so far this year and our family teams have come in 2nd or better at several local tournaments.
Last edited: Jul 27, 2018
Share:
Share

How nerdy are you?
3

Nerdy and proud! How do YOU express your nerdiness?

The Madness of Sports