I am working on a senior project right now and I need some assistance with determining the torque required to rotate an arm with a propeller attached to it. 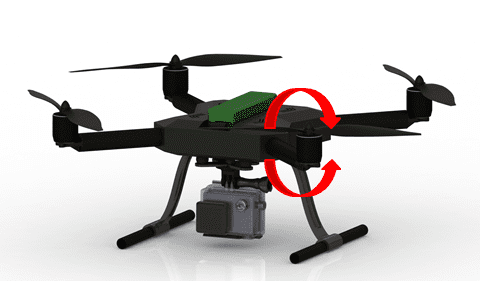 Any of the 4 arms can be rotated to control the direction of travel. The idea is the control system will have a consistent set point at all times. There are two things that theoretically could be a problem. The first is the gyroscopic force of the spinning propeller. This will potentially create a procession of drifting the arm rotationally in one direction. Additionally, there will probably be a very large resistance to changing the angle. This is a very light weight propeller, but it spins are a very high speed and I want to double check that the servos I am using are going to be powerful enough to overcome the torques that are generated by the propellers. In symbolic variable form, what equation would I need to generate to get these values? I don't quite know where to start.

The second issue at hand is the effect of counter rotation on the yaw of the quadcopter. Each opposite propeller spins the same direction, and each adjacent propeller spins the opposite direction. When moving diagonally (lets say to 45 degrees to the right of forward), two propellers will be horizontal and appear like the photo above and two propellers will be angled at about 45 degrees from horizontal pointed in the direction of travel. See photo below. 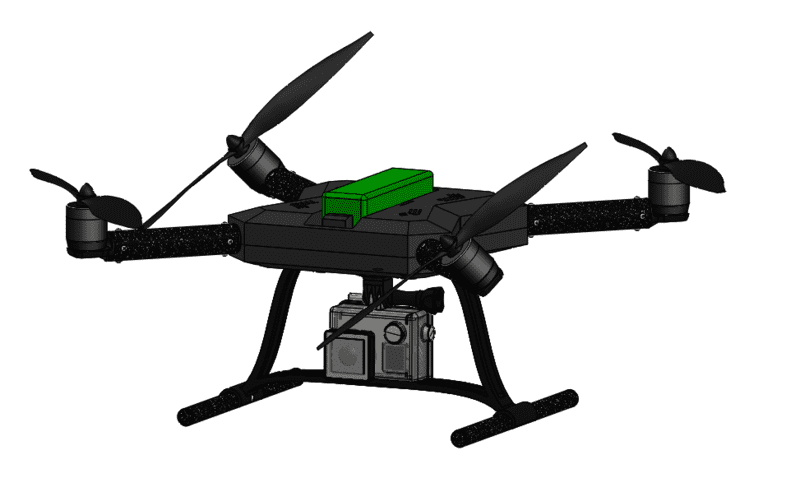 The concern here is that the counter rotation of the propellers is used to prevent and control the change of yaw of the quadcopter. When the two propellers spinning in the opposite direction go out of plane, will there be a large effect on this yaw? I don't quite know how to calculate this. I suspect the mass of the quadcopter and the mass of the propellers are important. I do know that the quadcopter controls the yaw through its PID. I am just concerned that this out of plane rotation will not be compensated quick enough by the PID response and cause a rotational drift.

Thank you for any help you may be able to provide. Other than trial and error testing, I would like to get a theoretical calculation.

Yes the motor and prop could act as a gyro. Look up the torque required to precess a gyro or similar. As I recall its something like..

However I suspect you might not have enough data to do the calculations? If you already have the copter it might be easier to measure the torque required to tilt the rotor? Spring balance?

Tilting the props as shown in your second picture will cause the body of the copter to pitch due to Newtons third law. If you have individual control over the speed of each rotor it should be possible to use mixers to counter act that effect.
Log in or register to reply now!

I Pendulum on a rotating arm

B Can a force generate rotation with moment arm=0 ?

Problem with wheels and arms

Angular Velocity: spinning in chair, dropping weights with arms out