Is this correct? It makes me wonder how the third coil would "know" about the existence of the second coil and realise how to change its current in response to it.

The current on a coil (of the transformer) is not determined by the coil alone. The turn ratios will tell you the voltages, and then you have to calculate the currents based on the load.
With that you can sum up the power on the secondary, then determine the current on the primary (if the power is still within the specification of the transformer, and the currents are within the specification of the relevant coil).
If you have values out of spec that is a different story.
berkeman
Mentor

barnflakes said:
If I now bring a 3rd coil with 10 turns into the mix, what will be the voltage in and current in the secondary and tertiary coil? My intuition says that the voltage will be the same

You need to include the source impedance of the signal source driving the primary winding, and the load impedance on each of the output windings, in addition to the turns ratios.

The load impedances transform back (via a version of the turns ratio -- can you say what that ratio is?) to the primary side, and load the signal source accordingly. To calculate the secondary output voltages and currents, you need to solve for the whole system working together.

And then when you are ready for the next layer of the model, you will include the effects of the leakage inductance (Lk) of each winding, versus the magnetizing inductances (Lm) that couple the B-field between the coils...
jim hardy
Science Advisor
Gold Member
Dearly Missed

barnflakes said:
It makes me wonder how the third coil would "know" about the existence of the second coil and realise how to change its current in response to it.

Hmmm we are speaking of a traditional iron core power transformer here, not an air core signal transformer ?
And sinewave excitation ?

Your thinking is backward.
The third coil is oblivious to all other coils.
In transformers you sum the currents, see below
and second image on this page http://hyperphysics.phy-astr.gsu.edu/hbase/magnetic/transf.html 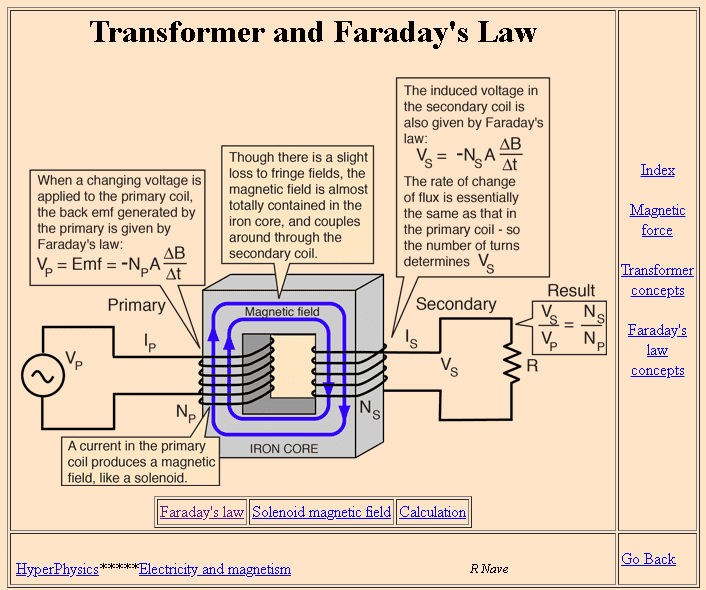 The primary coil establishes magnetic flux in the core.
The magnitude of that flux you can measure as volts per turn
and so long as primary voltage is constant so will be flux
That flux passes also through the secondary winding where it induces voltage
if any current can flow in the secondary,
the current there makes a second magnetic flux opposing that from the primary
reducing total flux
so more current will flow into primary to keep total flux constant.

Adding a second secondary doesn't change a thing .
Current in that secondary will also result in more primary current.

That approach will lead your brain to the right equations. Practice it.

C
Connecting the primary and secondary windings of transformer in series

Why are there three wires in secondary coil of transformer?