Why did a 230v electric shock not hurt?

Okay here's an example of what not to do when working with 230v... So I was about to repair some outdoor lights so I went to the circuit breaker panel and switched off all the power in that area for safety. I began to remove the light and disconnected the wires, then I was about to install the new light however I needed to solder new wires onto the light, so I went back over to the breaker panel and switched on the breaker for the outlet I was using to power my soldering iron. Just as I went to grab the the wire to solder I got a shock, however it did not feel like 230v just went though me, just a mild tingling feeling. I rushed back with my multi meter only to find that it was indeed 230v. I was really confused why it didn't hurt more, and why it even happened in the first place. After looking at the breaker panel I noticed that there were two breakers connected to the light circuit, one was sharing the same breaker as the outlet I was using. I'm not exactly sure why the lights were using two breakers, but either way it was rather dumb of me to not double check the lights after switching on the outlets.

So now I'm curious about this, I do need to mention I was wearing hiking boots at the time which was just pure luck that I had been out walking earlier that day. Were the boots responsible for insulating me enough not to get hurt? What would happened if I touched the ground wire at the same time with the same hand? Would it be more dangerous, or just hurt more? Would it just travel through my hand straight to the ground wire, or through my entire body too? 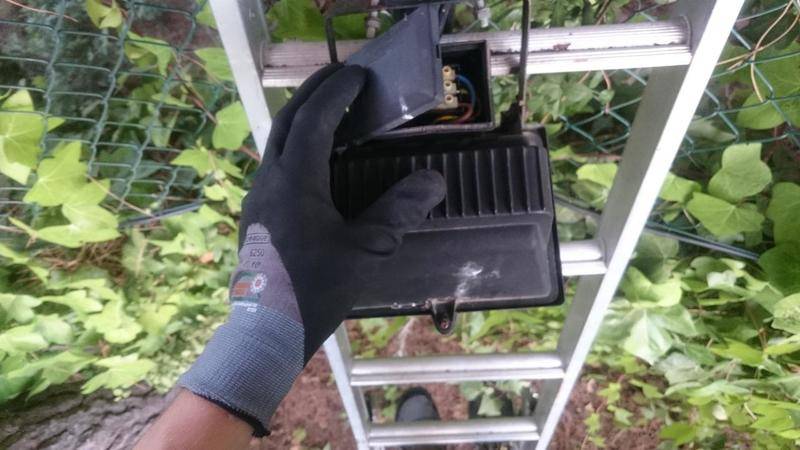 @TechTree -- sorry, but we can't discuss this topic in any depth here. It is just too dangerous for newbies to be trying to do home wiring projects using any advice from us. I've been surprised several times by strange wiring (on both AC Mains in houses and schools, and even by idiot re-wiring of car batteries). The best advice we can give you is that 110-240V AC Mains voltages are potentially lethal, and your best bet is to contract with an electrician to help with any work on it.

Please PM me if you want to discuss this further. We would have to conduct any further discussions via my personal e-mail to keep the PF out of the liability loop.

Suggested for: Why did a 230v electric shock not hurt?

Why do we get electric shock

Why Can We Experience An Electric Shock From Neutral

Shock in Water and Water Pipes

Will this man get an electric shock

I get a shock when touching water pipe