110V wiring question (what to use, to provide minimal power to LED driver)

Okay folks... Not sure where to turn to at this moment (I'm stuck, and need some help!)... however, I am working this from two angles as I also have the China manufacturer (of my LED pendant lighting) trying to figure this out too.

I'll start with; I'm not an elect.engineer and will never pretend to be. But, I do hope that I can explain my issue(s) in terms that you all may understand. I ran across this forum when searching for answers to my problems. So I hope there's someone here, who can steer me in the right direction.

Here's what I have;
I'm using a dual 60W LED multi-chip pendant lighting. Or, "high bay" pendant light with two 60W LED chips. This light, is using an RGB driver (one per multi-chip) that has a remote control to adjust the LED. It can do several things to mix the color output, as well as strobe, flash, dimming, etc of the chip. Very nice to have, however those "features" of the driver/remote control are causing me a problem.

How it's wired currently;
I'm using an electronic timer, that shuts the driver off during certain hours of the day. The timer is pretty simple, as it connects to 110V and has 2 circuits of output. Meaning, it will turn on/off 2 different output circuits. Here's a sample of how the timer is wired to the LED light (L being "live" and N being "neutral". 3-4 and 5-6 are timer circuits on/off). 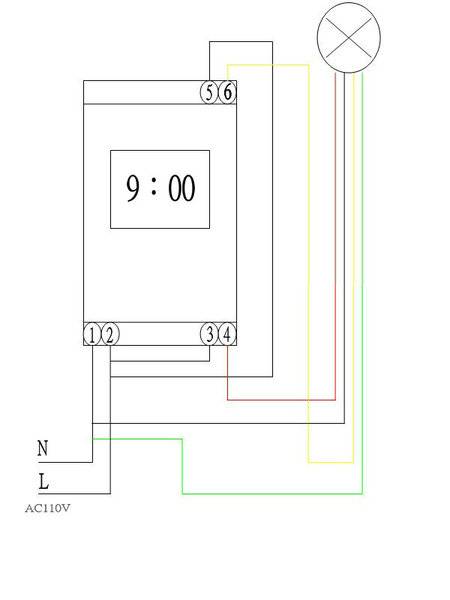 The problem.
With the light powered on, I set the light to a specific setting (using the remote control). When the driver loses power, and shuts off via the timer... I also lose my memory settings on the LED driver. This means, when the timer again turns on the light (provides power back to the driver), the light will turn on with a default setting. This setting, just happens to be a "flash" pattern, and not the setting I set with the remote before it turned off. It tells me, there is no "non volatile memory" on the LED driver.

What my specific problem is... I need the driver to retain memory when it is turned off, via the timer.

Still working with the China manufacturer, I'm asking them to tell me how much power is it going to take to retain memory (only). As I just want that little bit... and not enough to turn the driver back on, or light the 60W multi-chip LED until the electronic timer says "on" with full 110V power.

My thought, is to use some kind of resistor (not sure what term I should be using here), between the two leads as shown in this figure; 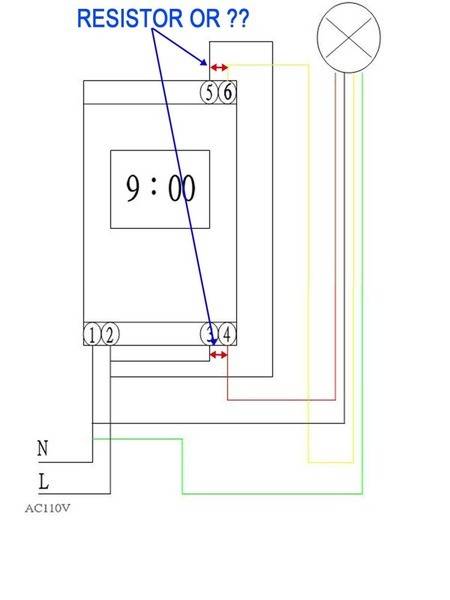 ANYONE have any ideas on what I should be asking the manufacturer, or what I should be using to make this work?? Am I on the right path?? Anything you can assist with to HELP me... would be greatly appreciated!

I don't think the resistor idea is the way to go. The best way would be if the manufacturer could add in some non-volatile memory on the controller board to remember the settings. It would only take a little memory, and would probably only cost $0.10 or so in volume. They could use an I2C serial EEPROM chip, for example. The actual implementation would depend on how their controller is designed.

Alternately, ask them to change the default settings to what you want. That shouldn't be very hard for them to do.
Share:
Share

Suggested for: 110V wiring question (what to use, to provide minimal power to LED driver)

Trying to use LM3914V Driver

Could you use Solar to power a DC to AC Inverter? (Description below)

Can power supplies/adapters be used to clean up dirty generator power?
2

Calculate the size of fuses to use

Algorithms for quadcopters to use back-EMF to detect obstacles close?

How to supply power to a diode or laser pointer for a laser device and be able to vary the voltage or current to meet a desire output power?