A short historical paper gives evidence that Einstein was not the first who discovered ##E=mc^2##.
https://arxiv.org/abs/physics/0608289

Did he get it published ?
martinbn
Science Advisor

Very strange paper. The main point is about the priority, not about the history or the physics. Even the wikipedia article is more informative!!!
StSpassky

The Russian Wikipedia lists 10 names before Einstein.
(Mass - energy equivalence./ History and priority issues)
https://ru.wikipedia.org/wiki/Эквивалентность_массы_и_энергии
There too:
In 1900, A. Poincare published a paper in which he came to the conclusion that light as an energy carrier must have a mass defined by the expression m=E/v2 where E is the energy carried by light, v is the transfer rate.
There is a video «E=mc2. 3 derivations. History and myths»
FactChecker
Science Advisor
Gold Member

When something is true, it should not be surprising that it is compatible with many other facts and even derivable from them. But it is still worth notice when a fact like ##E=m*c^2## can be derived from such fundamental concepts as time, distance, and simultaneity.
PeroK
Science Advisor
Homework Helper
Insights Author
Gold Member
2020 Award

martinbn said:
Very strange paper. The main point is about the priority, not about the history or the physics. Even the wikipedia article is more informative!!!

The history is much messier than textbooks would make it appear, not just for this topic, but for many many others. The arguments about "right" and "wrong" are often dismissed in my mind in favor of utility. That is, were other scientists, engineers, and technicians able to use the idea to actually make something work? That's a much more important question to ask, in my opinion.
fresh_42
Mentor
Insights Author

Mister T said:
The history is much messier than textbooks would make it appear

I totally agree! There is a discrepancy between textbooks in which theorems and formulas are referred to by the name of scientists, and the real world, where scientific development is a jigsaw puzzle. Roughly between 1850 and 1950 there have been a lot of new ideas in the air: physics as well as mathematics experienced a revolution! Of course it is not fair to summarize all the many insights which were found by the name of a single scientist - Einstein didn't come out of the blue - but one can hardly tell the entire history every time an equation is mentioned. If we wanted to honor all scientists which made great efforts in the century I mentioned, we would get a long list. I guess the naming refers much more to the impact an equation has rather than who was first.

Yes, but the Russians invented EVERYTHING and if you don't believe it, just ask them.
Dr. Courtney
Education Advisor
Insights Author
Gold Member
2020 Award

It matters not from where theoretical expressions arise.

The proof or disproof is in experiment alone.

This is the difference between science and math.
jtbell
Mentor

phinds said:
Yes, but the Russians invented EVERYTHING and if you don't believe it, just ask them.

Not EVERYTHING, any more...

“We do not pretend that we invented baseball any longer,” Lozinskiy said at a luncheon for a Hoboken (N.J.) boys team that will tour the Soviet Union next month. “Sometimes we said that, but this is just an empty boast.”

Dr. Courtney said:
It matters not from where theoretical expressions arise.

The proof or disproof is in experiment alone.

This is the difference between science and math.

That is true, but it is intellectually satisfying to know which basic physical principles logically force other physical facts to be true. It is worth noticing that ##E=m∗c^2## can be derived from such fundamental concepts as time, distance, and simultaneity, and the Lorentz transformation.
phinds
Science Advisor
Insights Author
Gold Member

jtbell said:
Not EVERYTHING, any more...

OK, but I assume they are hanging on to the radio, the light-bulb, golf, infidelity, airplanes, cars, sliced bread, etc.
PeterDonis
Mentor
Insights Author
2020 Award

phinds said:
the Russians invented EVERYTHING and if you don't believe it, just ask them.

I always liked the running jokes in the original Star Trek series about this, with Chekov claiming Lenin had invented something first: such as when someone quoted Shakespeare, and Chekov said Lenin had said it first, and when he was told that no, it was Shakespeare, Chekov said, "Perhaps other fellow stole it."
OCR

I don't like jokes about Russians. I'll try to explain. Russians are very impractical, especially in matters of registration of inventions and implementation issues. Therefore, they compensate for this with subsequent priority claims. Although there is a Russian proverb "after a fight, you should not wave your fists". I do not share this struggle for priorities. Science is international.

About the famous formula. In the short video (Google) «E=mc2. 3 derivations. History and myths.» 3 proofs of the formula are given: 1) Einstein's derivation using the formula from his future SR, 2)the derivation according to his scheme, but without reference to SR and much simpler, 3)Poincare's derivation in 2 lines 5 years before Einstein.
PeterDonis
Mentor
Insights Author
2020 Award

In the Star Trek episodes I referred to, Chekov says "Lenin", not "Russia". I was giving a particular example of the general pattern.
OCR

PeterDonis said:
In the Star Trek episodes I referred to, Chekov says "Lenin", not "Russia". I was giving a particular example of the general pattern. 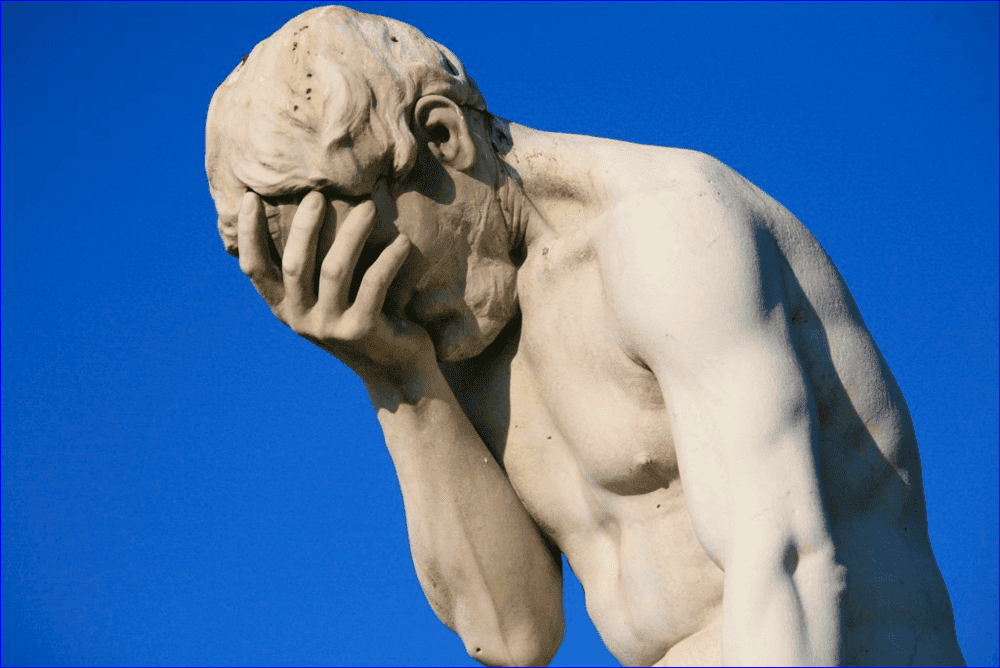 .
member 656954
I read the arXiv paper and I'm nonplussed. The equation is but the highly visible part of a revolutionary worldview that Einstein seems to have captured and those others did not. It is one thing to say "this person calculated E=mc2 before Albert got it" but unless that person also elaborated SR and GR, so what?

Also, looking at the section that references 11 and 12 relate to, and then reading the heading of the next section, the authors bias is clear:


"In the meantime, Fritz Hasenörhl had published his important thermodynamically inspired paper in which he shows that to the “mechanical mass” of a hollow enclosure filled with radiation must be added an “apparent mass” equal to 8E/3c2, a result he later corrected to 4E/3c2."​
So, Fritz is quietly allowed to correct his mistake, but immediately after this text, the paper cries, "In 1905, Albert Einstein did not properly derive E=mc2".

Dr. Courtney said:
It matters not from where theoretical expressions arise.
The proof or disproof is in experiment alone.
This is the difference between science and math.
[/ QUOTE]
I think (for me) both are important, equally. But it is necessary to correctly understand the meaning of theories in physics. A theory is essentially a model that cannot describe a phenomenon in its entirety, but only in part. Every model is usually focused on some facet of the whole phenomenon. GR and SR are not needed to calculate the trajectory of a Cannonball.

Why is the topic under consideration important to me and I was not too lazy to make the mentioned video? I am more or less normal about Einstein, we are all not sinless and I like his aphorisms. But what I can't stand is handmade myths.
fresh_42
Mentor
Insights Author

StSpassky said:
But what I can't stand is handmade myths.

StSpassky said:
History and myths.» 3 proofs of the formula are given: 1) Einstein's derivation using the formula from his future SR, 2)the derivation according to his scheme, but without reference to SR and much simpler, 3)Poincare's derivation in 2 lines 5 years before Einstein.

So? Without clear references which stand a rigorous historical and therewith scientific test, each of those statements is worthless, just propaganda. Yes, there have been similar formulas found before, a fact which nobody objects.

Someone said said:
Einstein, where he clearly assigns himself the priority of the formula derivation

Wrong. This is simply not true. Einstein only said that the formula can be derived from his postulates about SR. He didn't mention any priority, and surely not "clearly".

So you are contradicting yourself. You continue to repeat your own propaganda, based on nothing but a video you seemingly couldn't follow, as you perverted what could be heard in Einstein's original voice into its opposite.

you will be banned from this discussion.
Dale
Mentor
Insights Author
2020 Award

Tghu Verd said:
The equation is but the highly visible part of a revolutionary worldview that Einstein seems to have captured and those others did not.

This, to my mind, is the real point. Of course, Einstein did not work in a vacuum isolated from previous and contemporary science. It is completely necessary that scientific work utilize previous work.

In Einstein’s case the genius was not in writing down or deriving the mass-energy equation nor even the Lorentz transform. It was in putting together a unified framework that took experimental results at face value and showed that they were not incompatible as assumed. Arguing about the priority of one equation is silly.

Einstein deserves priority for modern SR and the mass energy equation is a small part of that. In my mind, the next round of accolades goes to Minkowski, a successor rather than a predecessor, but a remarkable visionary in his own right who really solidified the unified framework of relativity.

After all that was said, I still would like to have an answer to the priority question. Not that it matters, but out of curiosity. Is there any credible reference to anyone else's work, where the equation is derived in full generality before Einstein?
vanhees71
Science Advisor
Insights Author
Gold Member

I guess not, but the ideas of Hasenöhrl are interesting, interestingly leading to the (in)famous 4/3 problem of the energy and momentum of electromagnetic radiation at the presence of charges an currents. Today it's easy to understand, where the problem comes from: You cannot naively integrate the energy-momentum density of the field at presence of charges and currents over a volume, defined in an arbitrary reference frame and expect to get a vector from the corresponding tensor components, because that's the case only, if the energy-momentum stress tensor is conserved, ##\partial_{\mu} \Theta^{\mu \nu}=0## and that's only the case for the total but not for the part of the electromagnetic field, whenever charges and currents are present.

Related Threads on E=mc^2 before Einstein

Einsteins though experiment and e=mc^2

I Question about Einstein's 1905 derivation of E=mc^2