Alright, I am in Physics and my teacher is doing the typical egg dropping experiment
BUT!
we have rules

1. the volume of the container can be no bigger than 12in. by 12in. by 12in.
2. we can only use raw eggs, and the egg cant be drained
3. the container cant contain any fluids, or gels
4. it may contain no metal at all!
5. no food products!
6. it may not contain glass
7. egg must be able to be shown before and after each test
8. no parachutes!

the twist is that our egg must survive 3 tests
(we cant have different containers for the tasks)
1. dropped off the second story of our school
2. a 10lb weight will be dropped on it
3. smacked by a 2 by 4 piece of wood.

I did that when I was a kid too. There was complex scoring and your score basically got multiplied by an inverse of how much your container weighed - so the lighter the container, the more points you got.

All I did was get a bunch of the small-sized water balloons and inflated them - with air instead of water, though - and stuck them to the egg with tape. It was so light compared to anyone else's that if it had survived I would've received something like a thousand times anyone else's score. The teacher was all disgruntled that I had outsmarted his scoring system. But alas, one of the balloons I used burst during one of the trials and the egg cracked - immediate disqualification! I think it happened because the latex was dried-out and fatigued… if you use balloons at all, buy fresh ones!

NASA totally ripped off my idea when they landed the Pathfinder probe on Mars. I was robbed! I should have gotten royalties! Ah, glory days. 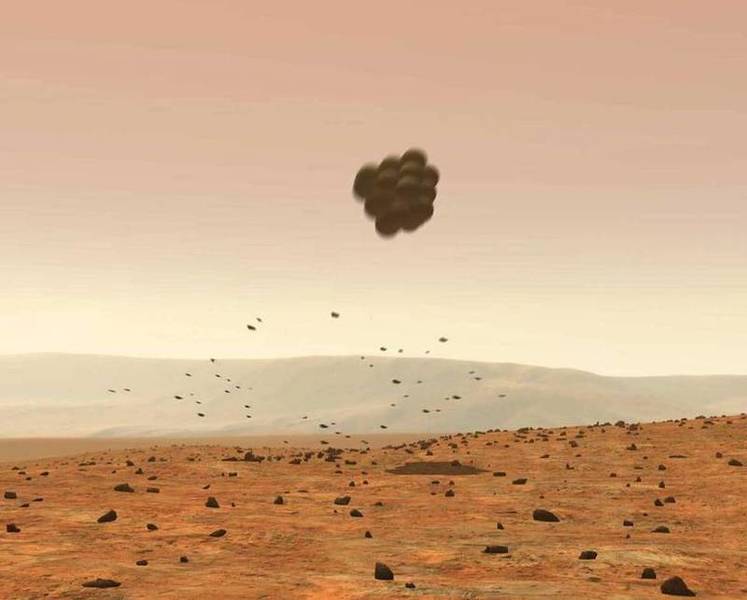