Solving an ODE with the Laplace transform

In the following case, I'm using an initial condition and setting the right hand side equal to zero. 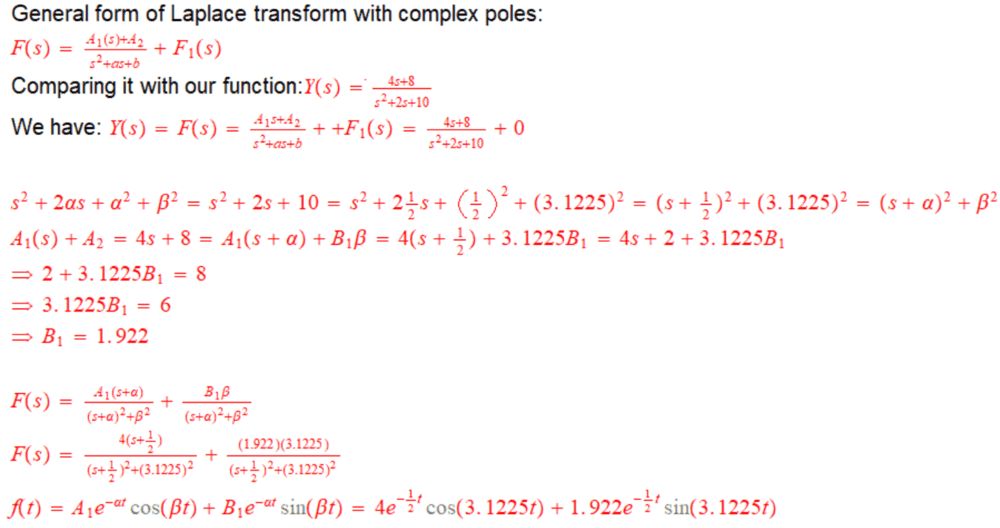 Method 2:
This method I found from this video. 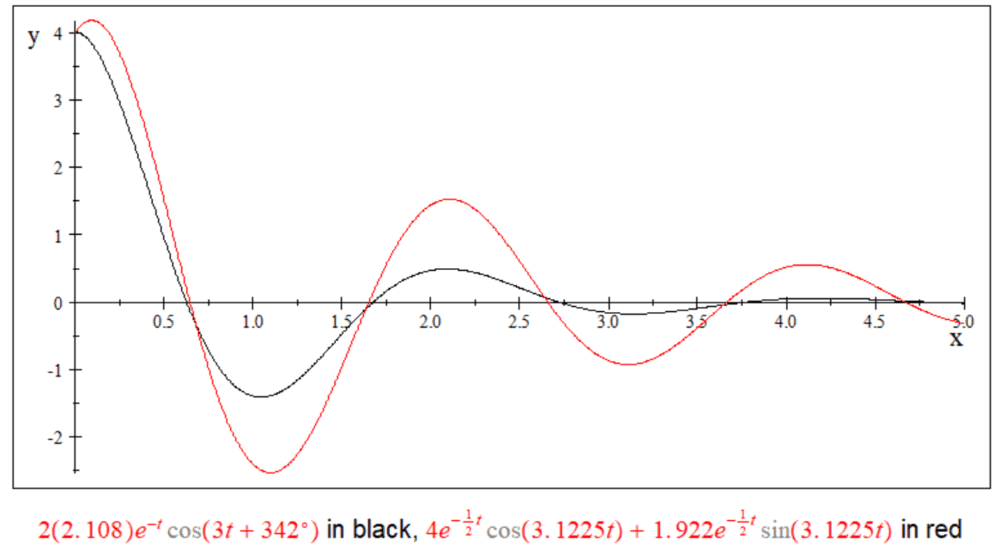 Question:
You can see that I'm getting different functions, f(t), for the mentioned methods. Where am I going wrong? Which f(t) is correct? Thank you for the help.

For a 2nd-order DE, you need two initial conditions, typically f(0) and f'(0).
This formula from above isn't correct:

Mark44 said:
For a 2nd-order DE, you need two initial conditions, typically f(0) and f'(0).
This formula from above isn't correct:

Thank you. Yes, sorry, I didn't realize it at that time.

The previous problem was done using y′′(t)+2y′(t)+10y(t)=10 with with intial condition y(0⁻)=0. If y(t) represents displacement then its first derivative would be velocity function, v(t). As an initial condition it is assumed that y'(0⁻)=v(0⁻)=0. Now we have two initial conditions, i.e. two pieces of information about the system just a moment before it's analytically observed.

I have corrected Method 1 below. Now the results from both Methods agree. But I have a related question which is below the plot. 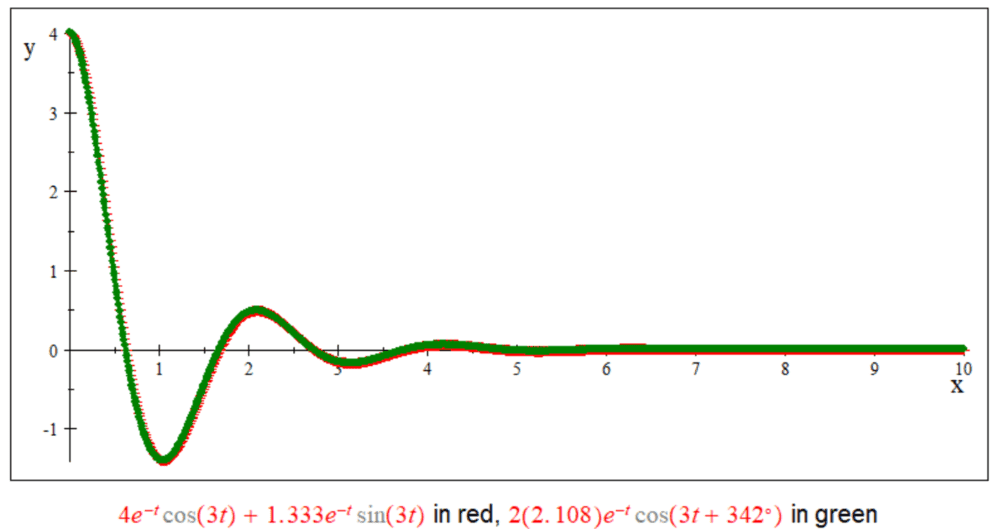 Question:
Apparently I completed the square wrongly but overall my completed square agrees with the original expression s²+2s+10. So, does completing a square method require that no fractions or decimals should be used, or what else is wrong with my method? Please guide me.

Without assuming what the answer is, try simplifying that expression. I guarantee you do not get what you started with.
PainterGuy

I read somewhere that for a transfer function, the number of poles (roots of denominator) and zeros (roots of numerator) is equal. The transfer function from post #1, Y(s)=(4s+8) / (s²+2s+10), has poles at -1±3i and a zero at -2. Where is the second zero located? Thank you for the help!
PainterGuy

I think we could divide both numerator and denominator by "s²".

Suggested for: Solving an ODE with the Laplace transform

Check on proof for property of the Laplace transform

Laplace transform of an ODE with a non-smooth forcing function

Solve this ODE in terms of a power series