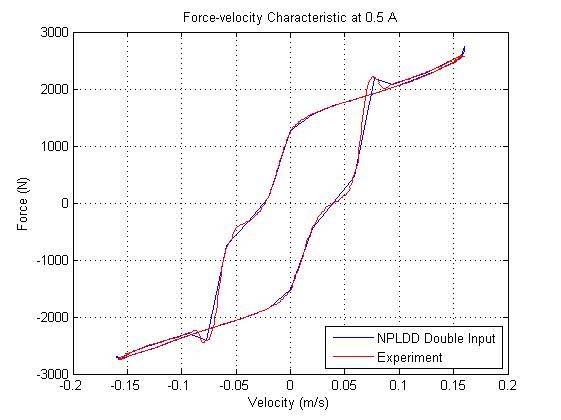 Then, by using this model, I had created closed loop model for force tracking control. The closed loop is developed by using continuous state control and If-Then Rules block as below:

The input Fd_des and velocity is set to be sine, square, and sawtooth waveform, so that the output (Fd_act) will exhibit the same as input (Fd_des). However, after several time tuning the value of G and B, the result for force tracking (F_act vs F_des) is not the same as below:

All the result is not followed/tracked the input. The value of G and B are 0.05 and 2 respectively.

Are you trying to get the graphs to match as close as possible? It was not clear to me in your problem statement. Are those spikes due to something in the IF-THEN part of your control system, causing an abrupt change?
Shuhaibul
Thanks for your response. My aim is to get the graph to be match as close as possible. If the output graph follow exactly the input graph, the the force tracking tuning will be true. The spikes may due the tuning of G and B values. IF-THEN rules is used to ensure the input current will be in between 0 to 0.9A. Do you have any idea how to tune the G and B value? Or need to change to PID controller?
Share:
Share

T
How does a Magneto work