Do plants get any negative sensations when we cut them?

Homework Statement:: I was wondering when I break a branch of a tree, does it feel any pain or does it feel the same way I feel when I trim my nails or cut hair?
Relevant Equations:: I tend to think that the latter is true as trees don't have brains or neurons.

There is actual science behind some aspects of plant ecosystems and we are way off track already.
After cleanup:
Some species of plants being eaten on by insects, like grasshoppers, give off what amounts to a pheromone - that attracts other insects that are predators of the bugs doing the eating.

The area of research on 'plant communication' that is pretty extensive deals with allelopathy. Plants reduce competition for nutrients water and space, paticularly in arid environment, by releasing compounds that leach off the plants and prevent germination of new plants, even new plants of their own species.
Seminal text by Elroy Rice:
https://books.google.com/books/about/Allelopathy.html?id=0WKA6fxeXpwC

There also other areas of study.
sysprog

musicgold said:
Homework Statement:: I was wondering when I break a branch of a tree, does it feel any pain or does it feel the same way I feel when I trim my nails or cut hair?
Relevant Equations:: I tend to think that the latter is true as trees don't have brains or neurons.

Response to stimuli, sometimes characterized as irritability, is considered to be a basic category of vital function, common to all living things; however, what we understand as sensation, including algesia (pain), or nociception (painful damage perception), and other sensory perception, requires neural apparatus, which plants do not have. Although some plants exhibit functionality that is associated with ionic action potentials, as neurons do, plants don't feel or know anything. You don't need to feel bad about hurting them; however. excessive deforestation is still a bad thing.
epenguin
Homework Helper
Gold Member

There is quite a lot of work going on about "nervous systems" of plants, here some stuff to start with.


If you think about it, they cannot be very well adapted if they only react to present environment but would need some capacities of memory and calculation. Very ineteresting that they use a neurotransmitte, glutamate, also used by animals.
KWolf12

This question has so many layers to it. At the core, when people ask this question, there's at least some amount of anthropomorphizing going on. Are plants in any way equal to "people"? Do they have feelings like me? Can they be affected by pain the same way I am?

We tend to assume that the "people-ness" we often assign to dogs and cats, the consciousness of another mammal who looks at us from eyes like ours, who responds to kindness or cruelty in exactly the same ways we humans would, is a function of being more-like humans; and so things less-like humans must not have "people" qualities. It's sort of a survival skill; chopping into a tree with an axe would be much harder if you had a sense that it was screaming, every bite of potato a murder, every hazelnut consumed, the abortion of a hazelnut's offspring.

But what we're really doing is holding ourselves up as the standard to which all other organisms are compared, and that's objectively one of the most absurd things possible. Most organisms on Earth are bacteria. Compared to them, humans are absolutely terrible at reproduction and adaptation to changes in the environment. Within our own Kingdom, the animals, we're inferior to many organisms in many ways. We're out-massed by ants; if you took all the humans on Earth and put them all on one side of a balance-scale, and all the ants in the world on the other side, the ants outweigh the humans three times over. We have limited vision, smell, hearing, strength, speed, and endurance, and we take vast amounts of time to reach maturity, requiring decades of cultural input before we can even begin to function well enough to obtain a mate and produce offspring. We can't even produce light signals within our bodies, the way most animals on Earth do--most animals meaning all the creatures in the ocean who use light to communicate, camouflage themselves, frighten enemies, lure prey.

Can a tree feel pain from an axe? Can an injured or sick human emit chemicals that blow through the wind to tell other humans, far distant that there might be a threat to their survival? Will those chemically-signaled humans then pick up their weapons to fight, or get out their masks to protect against germs?

We have brains and neurons, and we are creatures who process dangerous attacks to our bodies using our nervous system. The responses that we have, we call "pain" and we also respond with hormone cascades and immune system activation. These are all chemical and electrical responses, at the base level they're entirely mechanical. "Emotion" and "feeling" are what we call those mechanical, chemical, electrical responses. What would a tree call all of that? As time goes by, the tree will begin to heal an axe-wound. When a boring insect chews up their inner bark, the tree could send chemical signals to other trees that there are destructive insects in the area.

I know this all sounds philosophical instead of scientific, but that's also part of science--the validity of our observations is limited by our ability to eliminate our own biases. How long did it take scientists to accept the fact that trees "talk" to each other? Decades after the science had been laid down in a fairly solid way, because the scientists of the day were so firmly certain that trees couldn't communicate; no brains, no feelings, no "people-ness" that could possibly equate to the superior human experience. Their certainty prevented the larger scientific community from exploring that aspect of plant communication; decades of learning, delayed.

This is one of the best questions a curious human can ask, "Do plants feel pain?" The question can lead you to try to tree-morphize your viewpoint, instead of trying to anthropomorphize the tree. Some day, that might make you be the one person who can discover huge new insights in biology, thinking in a way that most humans are completely unable to contemplate.
jim mcnamara
Mentor

The post above is interesting but does not belong in thew Science Forums. @KWolf12 Please use citations for your observations.

If we keep on in this direction the thread will be moved to General Discussion .
Thanks
BillTre
Science Advisor
Gold Member
2022 Award

@KWolf12, that's a very nice description of an entity, like a tree, interacting with its surroundings, and its informational awareness.
There's a lot of cool tree-fungus stuff too I guess.


KWolf12 said:
The question can lead you to try to tree-morphize your viewpoint, instead of trying to anthropomorphize the tree. 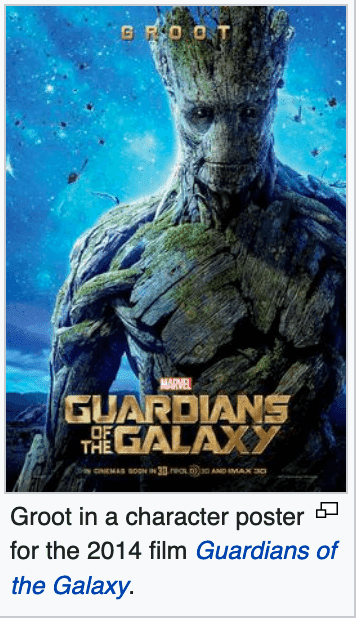 I think they added a lot of humanistic features to get audience appeal.
sysprog

I'm reminded of Tolkein's Treebeard and the Ents in The Two Towers. They were either anthropomorphic trees or dendromorphic men. 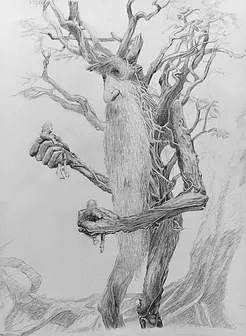 Thread moved to GD. Tolkien is fun but not meant for science forums...
mcastillo356
Gold Member

I feel a lot of empathy with plants. I don't know if they suffer: I do. I also like to embrace trees. I recommend you to turn to a Biology Forum if you want scientific advice
Greg Bernhardt
Admin
Insights Author

I am a big fan of funny Chinglish signs and quotes. Here's one I love: 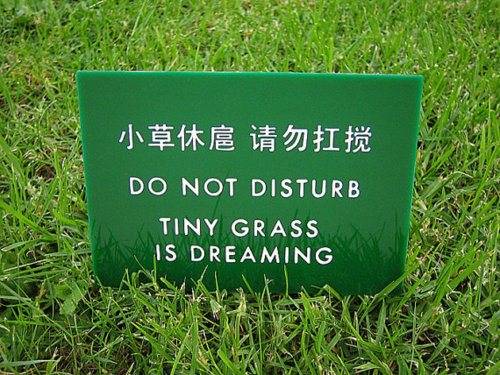 Remove the weeds growing from the cracks in the outdoors floor and concrete. Oh, the horror!
Share:
Share

Suggested for: Do plants get any negative sensations when we cut them?

What do you do when you get bored?

Why should we buy insurance policies when insurance companies profit from them?

Do any of you Aussies recognise this location?

How much do we know?

What do we do when the oil runs low
2

Any good ideas for a plant for my yard?

Do we make our own decisions and think our own thoughts, or is everything influenced by things we experience and do?
2

When do "inverse" ETFs cover their shorts?

Weirdest/things that blew your mind when you learned them
5