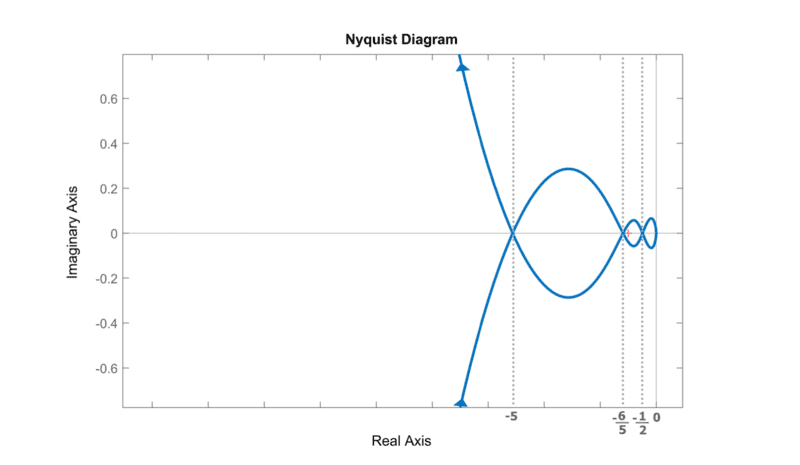 Point −1 is marked with a (small) cross and can also be obtained via the scale on the Re-axis.

MathematicalPhysicist said:
They don't write in the solution of the exam why is it two?

MathematicalPhysicist said:
So if you find the number of encirclrments of the curve over -1 you'll get the number of zeros of ##G(s)##, seems reasonable doesn't it?

They may consider a zero with multiplicity 2 as two zeros.
I remember from my notes that in the proof of Nyquist criterion that zeros are counted with their multiplicities. The proof of the theorem goes through the argument theorem in complex analysis.
Share:
Share

Suggested for: How to find the number of zeros in transfer function from the Nyquist diagram

From differential equations to transfer functions

Engineering How to implement a transfer function in Simulink with variable coefficients?

Engineering How do I draw the Bode diagram of this transfer function?

Engineering How do I use Simulink to create a control system with a 2nd order ODE?