When I was offered a job at the Air Force Academy, it seemed like an opportunity to exercise both my commitment to academic rigor and my desire to serve my country while continuing with the basement and boat ramp approach to research. Since I was faculty in the Department of Mathematical Sciences, I was able to avoid bureaucratic roadblocks to research projects pursued off Academy grounds through a cooperative R&D agreement between our small company and the Air Force Academy. 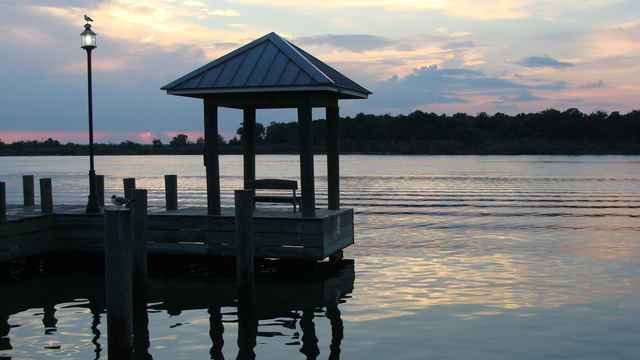 Our first summer in Colorado, we explored the trout ponds closer to home, weighing and measuring fish as we went, but not really catching the quantities of fish needed for serious science.  As a matter of habit, we computed the relative weights of the trout we caught (a ratio of actual weight to expected weight for a given length and species).  Background research had suggested that introduced rainbow trout were outcompeting the native cutthroat trout in many Colorado waters.  To our surprise, we found that most of the rainbow trout we caught were skinny – far below their expected weights, and most of the cutthroat trout were plump – significantly above their expected weights. 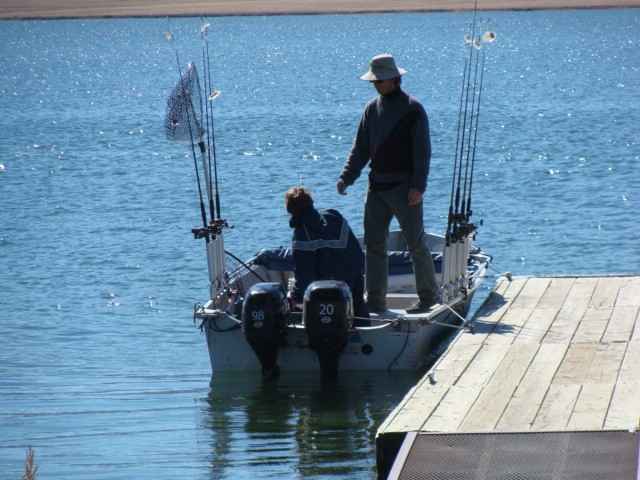 Trolling for trout on a Colorado reservoir

The second summer, we towed the boat up into the mountains and quickly refined trolling techniques for catching limits of trout almost at will in Colorado reservoirs. We didn’t yet have a vision for research directions, but with one of our students wanting to be an ichthyologist, it only made sense to weigh and measure all the fish we caught along the way. A short time later, the Air Force put me in charge of the math course for the 5% or so of incoming freshmen who lacked the math skills to begin college math in Calculus and needed a refresher in high school math first. Our blast and ballistics work provided a number of projects with accessible math in the physical sciences, and we were able to add data from online (Fishbase.org) sources and published fishery handbooks to our original fish data to provide original research projects to spark renewed interest in these students regarding quantitative sciences.

Our original data from all the cutbow (cutthroat x rainbow hybrid) trout we caught allowed Air Force Academy cadets to analyze the data and publish a paper documenting (for the first time) many life history parameters of this important hybrid in a Colorado reservoir, including month-to-month growth rates.  Data we had collected on channel catfish in the midwest provided an opportunity for another cadet research project analyzing the data and writing the paper.  Background work on those two projects discovered systematic errors in the weight-length data at Fishbase.org which spawned a third cadet research project to document the errors.

Eventually, we realized that we could not catch enough fish in our small boat to support a research program in fisheries, so we obtained permission from the Colorado Division of Parks and Wildlife (CDPW) to set up creel survey stations and weigh and measure fish at their boat ramps.  Sample sizes increased rapidly, and it was straightforward to collect enough data for a significant test of the hypothesis that rainbow trout outcompete cutthroat trout in lentic ecosystems.  We also collected the data necessary to show that overpopulated brown trout and lake trout are both very skinny in Blue Mesa Reservoir.  Further, we discovered a program through which CDPW was willing to share their original data with other researchers.  CDPW data allowed further testing of that hypothesis, as well as the study of seasonal variations in fish plumpness and developing new analysis methods to quantify interspecies interaction strengths from existing data sets. 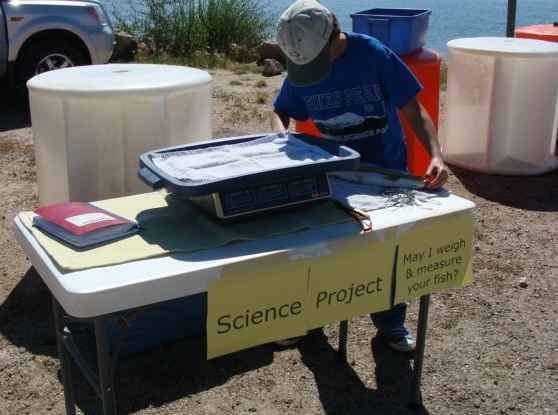 But the biggest breakthrough in our fisheries thinking came over the winter break after the Deepwater Horizon Oil Spill. We had traveled to Louisiana to assist my mother in getting around to various Christmas parties and activities as she was recovering from an illness. On our drive back west, we stopped for a day of fishing at a favorite childhood spot: the Cameron Jetties where the Calcasieu Estuary meets the Gulf of Mexico. We walked out onto the rock line into the Gulf and caught a bunch of big black drums.

We didn’t have the tape measures or scales for weighing, but having weighed and measured hundreds of fish, it was clear that these fish were just too skinny and the meat yields were much lower than we usually expect for the number and size of fish that we had. Something was wrong.

Could it be related to the oil spill? That seemed unlikely since the oil spill itself had been a couple of hundred miles away, and neither the oil nor the dispersants were known to have drifted anywhere near southwest Louisiana (SWLA). Some in-depth conversations with local fisherman quickly gave rise to a hypothesis: since nearly all the other fishing areas in Louisiana had been closed due to the oil spill, fishing pressure had been intensely concentrated in SWLA like never before, especially relating to the harvest of shrimp, crabs, and oysters. The oil had not been the direct cause of the impact on the food web; it was due to overfishing resulting from closures in the rest of the state. 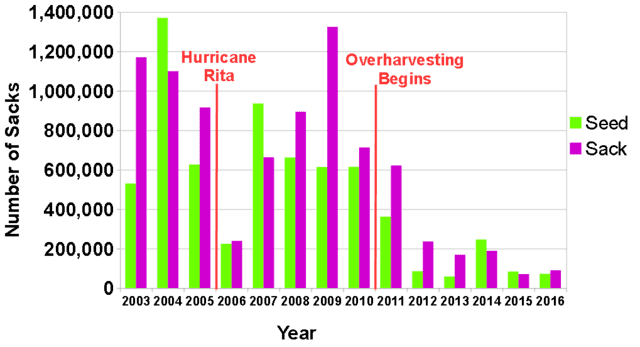 The viability of the hypothesis became clear as stock assessments and news reports quantified the impact of overfishing the Calcasieu estuary. We discovered the needed expected weight equations in a 2004 USGS study and designed an experiment we could perform by weighing and measuring fish in Spring 2011 in both the area directly impacted by the oil spill (Port Fourchon, LA) as well as the area impacted by the concentrated fishing pressure (Calcasieu, LA). Surprisingly, the fish in the area of concentrated harvest pressure were thinner than in the area directly effected by the oil and dispersants and subject to fishing closures.  Additional data collection (1800+ fish) for a total of six years eventually revealed important correlations between fish condition and oyster stocks in key bioindicator species. 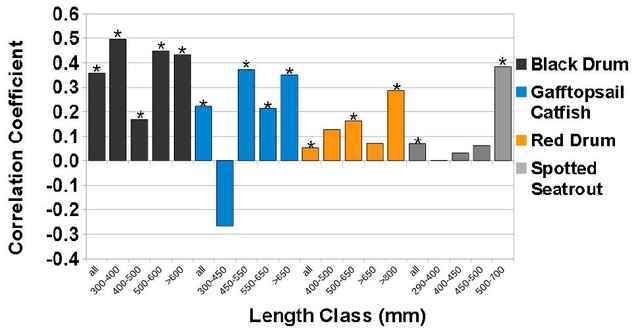 Correlation coefficients between measured fish plumpness (condition) and oyster stock assessments in Calcasieu Estuary from 2011 to 2016.

Spending lots of time on the boat ramps and discussing a variety of ideas with local fisherman provided ideas for additional research.  Local fishermen believed that the closing of water control structures separating the lake from the surrounding marsh was “choking” the lake by preventing forage exchange.  We were able to request data on the weir openings from the local authority and correlate weir openings with the fish conditions.  The significant negative correlations were a convincing disproof of the idea that weir closures were choking the lake since fish were fatter when the weirs were closed more.  This gave rise to the restricted access hypothesis that keeping forage species separate from their predators for longer durations increases the total forage biomass and eventually leads to plumper predator species, somewhat like rotating pastures increases forage quantity leading to fatter cattle. 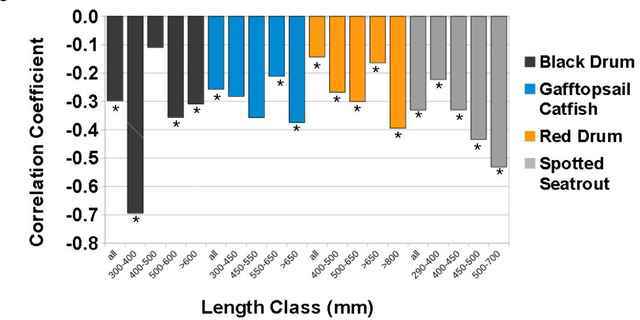 Correlation coefficients between measured fish plumpness (condition) and weir openings in Calcasieu Estuary from 2012 to 2016.

Am I Cut Out for Mathematics or Sciences?

Why You Should Not Use Wikipedia As Your Primary Source

A Layman’s Guide to: Lies, Damned Lies and Pseudoscience