Let us start with a familiar situation. Take a familiar part of a road, for example, the one from your home to work. How long will it take you to drive from one end of that stretch of the road to the other? At times you will have the road almost to yourself and will be able to drive at the maximum allowed speed without any problem. At other times you will end up in a queue that moves extremely slowly – in fact, you may be standing still for quite some time. Why?

As in all physics problems, let us start by defining our problem set. We will start by assuming that our road is a simple lane (no room for passing). We also assume that our drivers follow the “1001 – 1002 – 1003” rule (meaning that there should be a 3-second interval between the cars on the road).  We shall also only consider the steady-state situation, leaving the dynamics problem for a later insight.

Figure 1 illustrates one way of measuring the time interval between cars. We have defined a “measuring point” on each car (here it is the front bumper) and measure the time interval between the front bumper of the first car passes an arbitrary point in the road to the following car passes the same point. Let us see what this measurement method implies.

Measuring from back bumper to front bumper

The measurement method given in Figure 1 has some serious problems at low speeds. One unintended consequence is that it assumes that all cars occupy the exact same space when they are standing still – which is of course impossible. In order to get better precision, we must modify our measurement method somewhat. 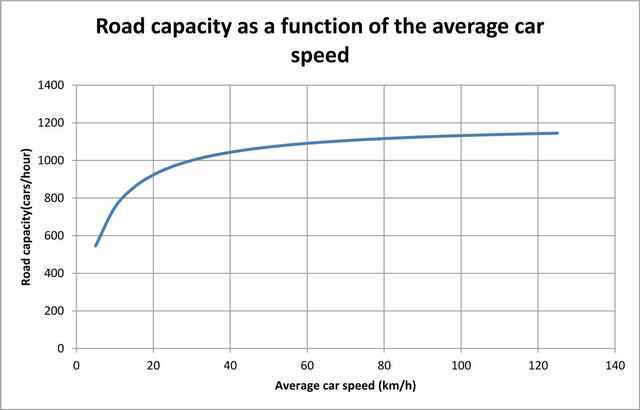 Figure 3. Road capacity as a function of queue speed

Figure 3 shows a calculation of the road capacity under the simplifying assumption that all cars are 5m long. From the curve we see that:

Some questions about road capacity

It may seem strange that the road capacity is more or less independent of the speed limit. After all, the time spent driving from A to B goes down as the speed limit goes up. So why does the capacity not increase?

If the road is at full capacity, there are still no queues (by definition). So how does a queue form?

There are several reasons for queues forming. The most common is for cars trying to get onto a road that is already close to 100% full. Usually, this forces a car on the road to brake in order to keep the correct distance between cars. Since a speed reduction lowers the road capacity (Figure 3), this can suddenly cause the road to be more than 100% full.

Some observations about queues

Now take a collection of 50 cars that together utilize a stretch of road at full capacity.

Now, assume that the car collection drives happily along at 80km/h. Then something drastic happens, and the first car must go do a full stop. Going from 80km/h to a full stop (standard braking, no panic), takes about 14 seconds. The cars behind must also brake to a full stop, and since they come in 3s intervals, it takes about 160 seconds to bring the whole collection to a full stop. And, as noted above, they are now occupying 250m of the road.

Now assume that the first car is able to start up again, accelerating to full speed. When is the whole collection of cars back at 80km/h?

At this moment we need to consider the human element. The driver has to decide when it is “safe” to start up and increase the speed. This decision will vary among the individual drivers, but an informal measurement in front of the red light indicates that the average delay for such a decision to be made is about 1 second.

I have tried to show that the road capacity is almost independent of the speed limit and it depends almost exclusively on the number of lanes in each direction. What I have not touched is the dynamic response of a collection of cars on that road. So, who is going to do that?

What is the Moment of Inertia? A 10 Minute Introduction

Learn The Basics of Rolling Motion