Evidence for the big bang can be provided from observational astronomy using Hubble’s law (redshift of galaxies) also known as the ‘Doppler effect’ (Roy et al 2003) where the wavelength of light from distant galaxies is shifted towards the red end of the visible spectrum and results from receding galaxies. Hubble published his observations in 1929. It provides direct evidence that the galaxies in the universe are accelerating away from our reference point and implies that the universe is expanding (figure 1). 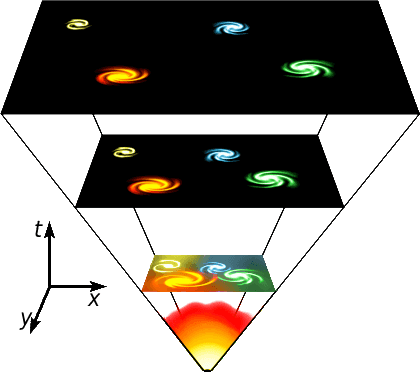 This expansion has resulted in lower temperatures as the universe expanded compared to the initial high temperatures at the big bang. Radio astronomy has contributed significantly in providing evidence of the big bang by detecting radio signals from stars, galaxies, radio galaxies, quasars, and pulsars way back to the singularity or big bang (Kaviraj, S. 2013).
The presence of cosmic microwave background (CMB) is an indication of the big bang. Penzias and Wilson discovered the CMB in 1965. In 1992 the COBE (Cosmic Background Explorer) satellite observed fluctuations in the CMB, this explains why the universe, formed into galaxies and stars. Today the average temperature of the CMB is approximately 2.7K (Kelvin) above absolute zero (-273.15°C) and is an echo of the big bang. This is because the radiation was emitted at a time when the universe was at a temperature of 3000K (May et al 2012).
NASA’s WMAP (Wilkinson Microwave Anisotropy Probe) explorer (figure 2) mission, launched in 2001 to study properties of the universe. WMAP established the age of the universe to a high degree of accuracy and determined the density of atoms that occupy space, WMAP has established the universe age of 13.7 billion years and has looked back to 375 000 years after the big bang. 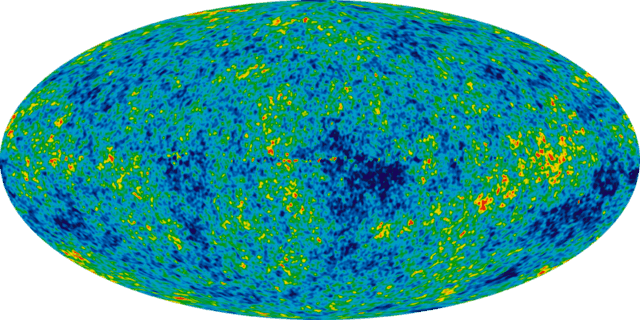 The abundance of light elements produced by stellar nucleosynthesis of helium from protons and of carbon from helium which both occur in the center of stars at very high temperatures is an indicator of the ‘big bang’. This process was discussed (May et al 2012) as being the most simple and powerful test of the existence of the big bang. If an observation showed less helium in the universe than expected then the big bang model would have to be revised however no such observation has been detected to date.
The primary constituents of matter are, photons (light particles), protons and neutrons, electrons and their antiparticles (positrons), neutrinos, and their antiparticles (antineutrinos) which have been detected in particle accelerators.

During the early stages following the big bang the universe was opaque until recombination released photons creating the CMB which provides the evidence for the ‘Big Bang’ we see today.
So in less than 70 years, we went from no knowledge to what we have today.

Read the next article: How to tell if the universe is rotating.

Intro to the Big Bang and Infinity Concepts

Is the Universe a Black Hole?