In introductory physics, the optics unit often teaches about virtual and real images, focal lengths, indexes of refraction, etc. Some questions that are sometimes glossed over in the rush to present the mathematical formulas and definitions are: What does it mean for an image to form at a particular location? What does it mean for an image to be in focus? What happens if it’s not? And why (if you’re near-sighted) do things look clearer if you look through a tiny hole (or squint)?

This article will hopefully answer these questions. 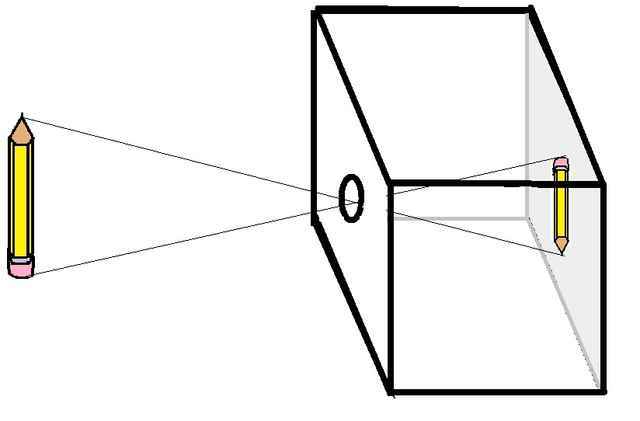 Figure 1: Schematic of a camera

Figure 1 shows a simple-minded idea of a camera (the old-fashioned, non-digital kind). You have a box. In the back of the box is photo-sensitive paper. In the front of the box, you have a hole to let light in. Light from an object (a pencil in the picture) goes through the hole and falls on the photo-sensitive paper, making a permanent image.

So the first question is: Why do you need a lens over the hole? The simple answer is: to make sure that the image is in focus. But that just raises the question: what does it mean to be in focus or not? 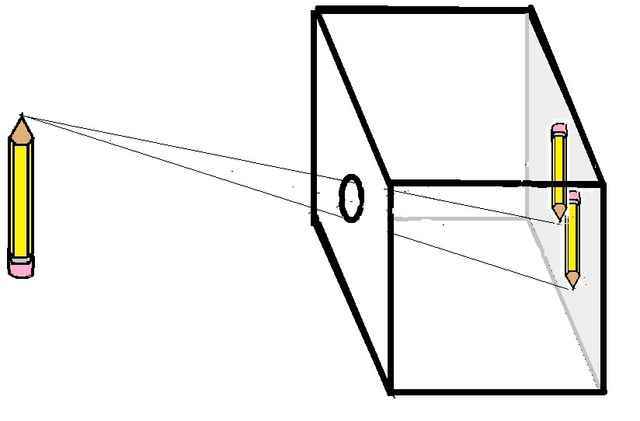 Figure 2: Image out of focus 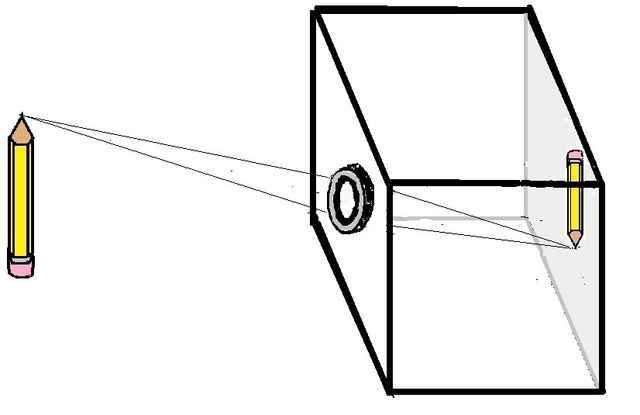 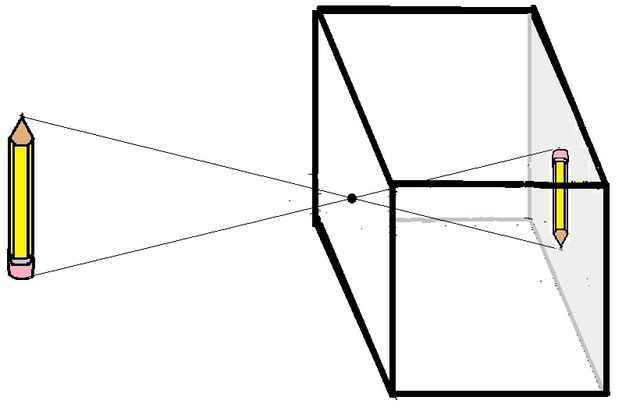 Going back to our simple-minded idea of a camera as a box with a hole in it, we can see why, if the hole is very tiny, a crisp, in-focus image is possible without a lens. If the hole is very tiny, then there is only one place on the paper where light from the pencil point can fall. There is only one point where the light from the eraser will fall. So the image of the pencil is not smeared out over a region–it appears at a precise location on the paper. So the image is in focus, regardless of the distance from the object to the camera.

It seems like a superior way to do cameras because there is no need for focusing. The drawback to a pinhole is that only a tiny amount of light gets through to form the image. So the advantage to using lenses is really that it increases the amount of light that gets through.

How to Evaluate a Camera Lens for Performance