Abacuses are commonly seen in ancient civilizations around the world as a convenient tool to do simple calculations. In this article, we will focus on the traditional abacuses in China and Japan, also known as suanpans (China) and sorobans (Japan).

The Chinese word「算盤」, which is pronounced as “suanpan”, literally means “calculating tray” or “calculating disk”. This word is sometimes used to mean planning things in Chinese, too.

The Japanese word 「そろばん」, which is pronounced as “soroban”, is a translation from Chinese.

Prototypes of suanpans started to appear in the Han dynasty (206BC ~ 220AD) in China, with a design similar to modern-day suanpans: One bead on top, and four beads down at the bottom. It is generally believed that its design was influenced by the Roman Empire, with whom they had traded goods and knowledge at that time.

The Romans used a small calculating device called a Roman hand-abacus. The hand-abacus was composed of a calculating tray with grooved slots and sliding metal ball bearings. The suanpan improvement was to use beads on rods which was cheaper and easier to manufacture in bamboo.

Visual evidence of suanpan use can be found in one of the best known of ancient Chinese paintings: “Along the River During the Qingming Festival” of the Song Dynasty. We guess the suanpan in the painting is used to calculate prices of Chinese medicine powders. 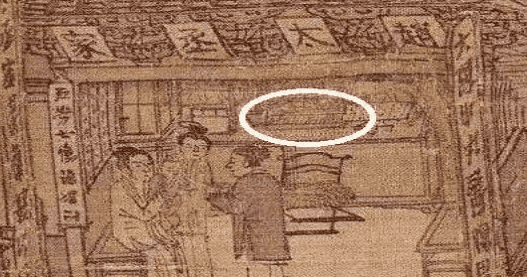 The Suanpan design changed in the Ming and Qing Dynasty(1368~ 1912) to 2 beads on the top, and 5 beads at the bottom due to the use of hexadecimal weight units during that period, which is what modern westerners now refer to as a “suanpan” 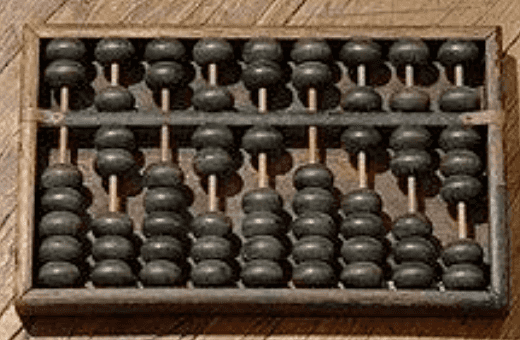 During the Muromachi period in Japan(around the 14th century), Suanpans with a 2:5 bead design started to appear in Japan because of trading with China(Ming Dynasty).

The Japanese thought the 2:5 suanpan was unnecessarily complex and reduced the bead count to a 1:4 design, which happens to be the same as the old Chinese ones. They call it “sorobans”, which is the translation of “suanpan” from Chinese to Japanese.

Suanpans had almost faded away completely in Chinese’s everyday life due to the economic switch to metric units of measure and the invention of digital calculators. It can usually only be found in museums and antique shops nowadays.

Sorobans on the other hand are still hanging around in many Asian regions because of their decimal design. Most elementary schools in Taiwan, China, and Japan have soroban classes of some sort.

Modern-day sorobans that can still be seen in most stationery shops in China, Taiwan, and Japan are suanpans that have a 1:4 bead design for decimal calculations with 23 columns of wooden or plastic beads. Some of them may also have a convenient clearing mechanism depending on the manufacturer.

The dots showed below,  work like the thousands and decimal separators as in the display of “1,000,000”. 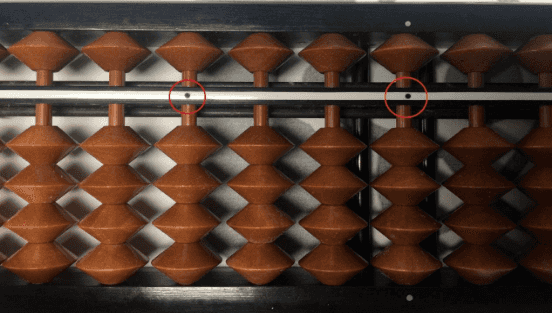 The clearing button at the top zeros out all columns quickly in one step:

How to express numbers with soroban

Sorobans express numbers with a bi-quinary (two base 5s) system to store each decimal (base 10) digit: 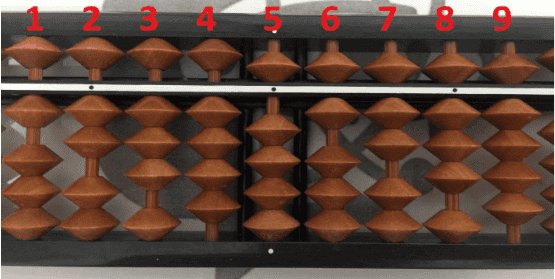 The numbers should be read left to right, For instance: 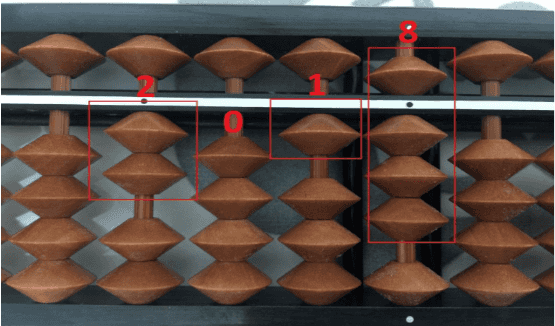 Always clear it before using it

If your soroban has a clearing button, just press it. It will do the work for you.

If your soroban doesn’t have this feature, you can do it by hand: Put your thumb and index finger on the soroban’s middle beam, and sweep it across the device. That will sweep all the beads to their cleared position. 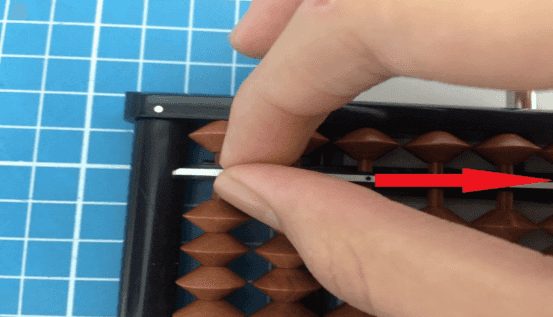 Suanpans ( The 2:5 bead one) can be used to play checkers:

There was once a soroban versus an electronic calculator competition that took place in Japan in 1947:

The soroban won four rounds out of five rounds. Losing once, when performing a set of multiplication problems.

Besides basic arithmetic, a soroban can also do:

Suanpans have been the primary accounting tool for centuries of businessmen and traders and are still in active use today in many Asian countries. They can be a fun way to improve your calculating ability or to teach your kids about numbers while at the same time providing an environmentally friendly way of reducing your reliance on battery technology and calculators.

For anyone interested in how to calculate with suanpans or just know more about their history, here are some additional resources:

Division can also be done digit by digit, which is easier and faster for me.

The two methods both have pros and cons though.

News for the soroban competition with a calculator:
https://www.wired.com/2009/11/1112abacus-beats-calculator/

Some references to abacuses more generally:

Lie Algebras: A Walkthrough The Representations
Scroll to top