Few people know what happens when a customer does something like flipping a light switch. The full explanation requires descriptions of topics that span nanosecond to decade-long time scales. Think of it as scales measured with a high-speed chronograph, a stopwatch, an hourglass, or by a calendar.

At the earliest and briefest instants, pure physics governs. At longer time spans, engineered control systems come into play. Beyond that, we have the commitment, existence, and planning of resources which are economic, demographic, and political issues. The grid demands an integrated and seamless approach to all aspects and all time scales thus some cross-discipline generalists. A few generalists work in all time scales. I was fortunate to be one of them, so it is my privilege to take you for a walk through the sequence of events. 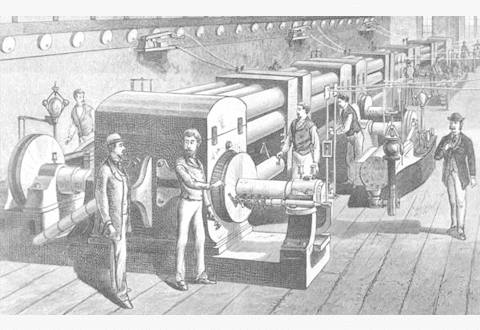 Kudos to Thomas Edison who invented not just the light bulb, but the whole electric utility industry.  Edison’s original vision incorporated the entire physics-engineering-economics continuum discussed in this article.  His execution of the plan became The Edison Electric Illuminating Company.  Today, it is called Consolidated Edison of New York.

Suppose a customer throws a switch to turn on an electric load (anything from a light bulb to a steel factory), the sequence below shows how the grid responds. Keep in mind the following.

Here is what happens, starting at time zero when the customer throws the switch (without asking permission or scheduling the event in advance).

A transient surge races through the grid at about 0.8 light speed. Stored electric and magnetic fields in the grid supply the energy to your light. Every nearby and remote generator on the grid, every node voltage, and every current in a wire of the entire grid will be altered slightly. This is pure physics. We could observe it using a chronograph.

When the surge reaches generators, they begin to slow down. Generators closer to your light switch decelerate earlier and more. Inertia stored in the rotating shafts supplies the energy to your light. Grid frequency decreases on a downward slope, and the phase angles of the voltage at all nodes change. To some extent, the magnitudes of other loads on the grid will change with frequency, but that is a second-order effect. This is pure physics.

Synchronous generators are “phase-locked.” Except for brief transients, they all see exactly the same frequency everywhere in the grid. This too is physics on the stopwatch scale.

Now, engineered controls begin to act. The speed governors at the power plants begin to adjust mechanical power to the prime movers in response to frequency changes. Typically, each 1% change in frequency causes a 20% change in power. This applies to every generator on the grid, but some can respond more rapidly than others. By the end of this period, grid frequency will be almost be returned to normal, and changes in the prime mover powers will supply energy to your light. 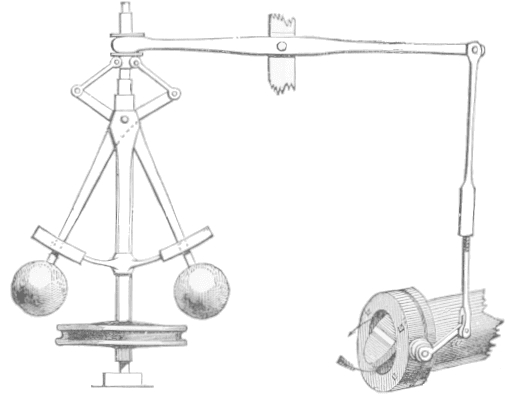 This fully distributed, robust, and hacker-resistant, local-sense-and-correct scheme for frequency control has been in use for the past 130 years. This is the first and foremost level of grid control.

The central automatic-generation-control (AGC) system senses the changes and sends new setpoints to the local control systems of all power plants. The purpose is to a) Return grid frequency to exactly nominal. b) Return all power transfers between regulated regions to their agreed-upon values.

c) Find the optimum dispatch for the coming period. That includes the past fact that your light switch is on, and future forecasts of what is expected in the next period. AGC may also consider contingencies and constrain the results to avoid potential violation of security constraints.

Calculate a new optimum dispatch to supply the total grid load for the coming period, based on the state plus forecasts. This is called Economic Dispatch (ED). ED may include decisions to start or stop short-notice resources such as gas turbines. Every candidate dispatch is validated against the list of contingencies. ED considers more contingencies than AGC. AGC and ED are typically done in regional-level control centers.

Solar and wind generators are not as controllable as conventional power plants.  The wind gusts and clouds pass overhead.  It is best to think of these variations like incremental changes in load, in both the plus and minus directions.  Other unplanned events, such as a tree knocking a line down, or a power plant tripping offline, are handled in ways analogous to handling your light switch event.

This is an economic auction to determine who will supply services and capacity, and at what prices, to make up for the incremental difference between the current forecast for the next hour’s needs and yesterday’s forecast for the same hour, Occasionally, a major unplanned event will make the next hour’s reality very different from yesterday’s forecast. Possible starting and stopping of resources or curtailment of human plans are part of the decision, as are contingencies.

The DAM is an economic auction to determine who will supply energy and services to satisfy the forecasted needs for each hour of the following day. Optimization finds the least cost way to serve the needs while observing the constraints. Every candidate dispatch is validated against the list of contingencies. Some plants will be called to run, some to shut down, and some to run at partial capacity. Ditto for requests to import-export power to other regions.
The results of the auctions are posted as tomorrow’s hour-by-hour operating plan available to all participants so that they can make their own plans. For example, your employees can take the day off if your plant will not be called on to run.

We use essentially the same kinds of calculations for DAM, RT, ED, and AGC optimizations. The difference is that the further we look into the future, the more options are available to choose from. The closer we are to real-time, the more locked in we are to the current state.

The RT and DAM auctions set a wholesale price for energy for each electric location on the grid for each instant of time (with a bit of granularity).  Buyers are matched with sellers to determine quantity and price in a manner analogous to buy/sell clearing prices of the stock on a stock market.  Services other than energy are also auctioned. Wholesale energy prices can be very volatile, ranging from -30 to +100 ¢/kWh, and averaging perhaps 3 ¢/kWh.  Most retail customers are completely shielded from the volatility.  They expect the light to come on when they throw the switch, and they get a bill at the end of the month.  They can ignore everything else. Retail invoices include the charge for delivering the energy to the customer’s doorstep.

Load Forecast based on demographics, history, the calendar, and weather, calculate the anticipated loads for each bus in the grid for each hour. For example, if tomorrow is a holiday or it will be hot, the forecasted loads will be different. Special forecasts are generated for DAM, RT, ED, and AGC. Many modern load forecasters use neural networks and artificial intelligence learning methods.

Power plants, transmission lines, and all parts of the grid need maintenance that requires equipment to be taken out of service temporarily. Outage schedulers make sure that not too many planned outages pile up on the same day in the same area.

According to economic theory, the RT and DAM markets are competitive only when there is a surplus of bidders, and some of the bidders go home with their offerings unsold. If generation bidders held back, prices would soar. That is what happened in California in 2000 with Enron among the infamous bad guys. To prevent that, utilities must purchase guarantees that installed capacity resources ready and able to provide adequate bids to the auctions. Both long-term contracts and shorter-term capacity auctions are used.

About half the time utilities enter into long-term power purchase contracts with generation owners, thus bypassing the DAM and RT, but they still need the markets for the other half.

In some areas, utilities still own the power plants. In that case, the capacity issues are internal and not transparent.

Some parties (think of a city government for example) need predictable budgets and can’t stand price uncertainty. They can make contact with other people who are willing to take on risk in exchange for a fixed fee. Financiers call these fixed-for-float swaps. For wholesale grid energy, they are typically negotiated by lawyers at least one year in advance.

Based on anticipated regional demographics, and anticipated new generating facilities, transmission planners figure out how many lines of what capacities are needed and where they should be. They mostly do that by simulating lots of possible contingencies to come up with a plan robust enough to meet requirements. The simulations are speculative, but their differential equations are physics-based. Since it can take up to 10 years to build a new power line, planning is done with very long planning horizons.

Based on anticipated regional demographics, anticipated fuel costs anticipated technologies, and anticipated laws, regional planners figure out the mix of generation types and locations needed for a 20-year planning horizon. In today’s deregulated world where any investor can decide to install solar, or wind, or gas turbines anywhere without asking permission from any planners, generation planning. Imagine also the impact of a carbon tax on future plans, or worse the uncertain possibility of such a tax. Such issues have made generation planning less useful than in the past, to the point of being nearly moot.

On the other hand, old-fashioned power plants were designed for 45 year lifetimes, but some modern facilities can be designed, installed, and paid off in just a few years, thus making generation planning less needed.

We looked at the immediate and long-term cause & effects of turning on a light. Next time you’re on an airliner at night, watching the lights of the cities glide past below, think what a miracle that really is.

The next likely step in the future will be to consider the state of the national natural gas pipeline network and to integrate that into the electric grid security constraints.

What is Energy? A Definition and Controversy

Can We Do Better Than Mechanical Energy Conservation?
47 replies

The History and Concept of the Number 0
Scroll to top