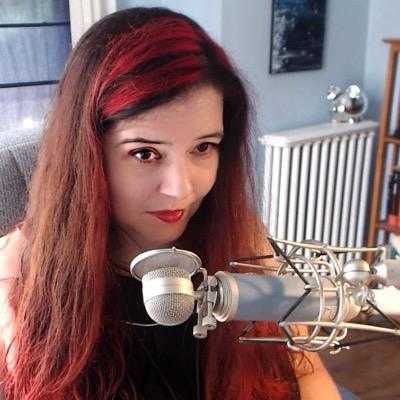 Please give us a bit of background into your educational and professional life.

I’m a public school kid through and through. After going to the local high school where I grew up in Westford, Massachusetts, I attended Michigan State University to get Bachelors degree in astrophysics (with several extra classes in Computer Science). From snowy and cold Michigan, I jumped to hot humid Austin, where I received a PhD from the University of Texas. From HS graduation in 1992 to PhD completion in 2002, I spent 10 years learning in college. I’d later work as a professor for 10 years, but not until after I spent a year working as a magazine editor at Astronomy magazine, and 3 years working as a lab instructor at Harvard. Today, I’m the Director of Technology and Citizen Science at the Astronomical Society of the Pacific.

Are there any recent publications or projects that have you particularly excited?

I have to admit, the thing that has me most fascinated has nothing to do with my own research. I’m transfixed by the diversity of rocky and gassy worlds in our own solar system and beyond. From finding oceans on Enceladus to measuring atmospheres of worlds around alien stars, we’re learning that all these worlds are way more interesting than we ever imagined. Each new image from Curiosity and Cassini has me captivated, and I love following along as planetary scientists redefine our understanding of planets, moons, and everything in between.

What are your thoughts on the discovery of gravitational waves and what is the current state of analysis?

I have to admit to having very mixed (and probably controversial) emotions about the gravitational wave research with LIGO. I remember learning as an undergrad that LIGO was on schedule to find gravitational waves before 2000. It was actually 2016 and millions of dollars later that the first detection was finally announced. While I’m glad to see the generally accepted theory of gravitational waves finally get proven with observations, I wish it had happened way earlier so maybe we would have the orbital LISA project by now.

Tell us a bit about RR Lyrae stars, why you choose to research them and why they are interesting.

I got interested in pulsating variable stars when I was in high school. I remember reading Timothy Ferris’s “Coming of Age in the Milky Way” in 9th grade, and reading about how the Harvard College women revolutionized astronomy in the early 1900s. Henrietta Leavitte, in particular, made it possible for us to understand the size of our universe, and to anchor the relative positions of globular clusters and nearby galaxies. This story is what initially sucked me in. As an undergraduate, I began studying Cepheids and RR Lyrae stars and learned that with every passing decade we’ve not only learned more about pulsating variables, but we’ve also learned more about what we don’t know about pulsating variables. To me, these stars are nuanced puzzles, with new levels getting created every time someone says we’re running out of things to learn.

Some physicists consider the multiverse as fake physics. What is your take on multiverses?

I don’t think the multiverse theory is fake physics so much as it’s currently untestable physics. Fake physics, to me, is a term for describing perpetual motion machines, or things that have mass and go faster than light. There is hope that someday we’ll find a way to test the Multiverse Theory, but until then it’s a lot of math that may or may not reflect reality, and anyone who tries to say it’s real (or not) is just stating an opinion, but it is neither fake or true – it is untestable.

What are your thoughts on NASA’s preparations for manned missions or Mars or a return to the Moon?

I’m a total fan of Space X and other commercial companies working toward putting humans on the moon, Mars, and other round rocks in the Solar System. With NASA, I’m still waiting to learn more about how SLS is going to grow into the future. NASA has done consistently outstanding work returning amazing science with rovers, orbiters, and purposeful impacts like LCROSS. I, for one, welcome our robot overlords and am happy with the number of robotic missions planned for the future.

Why is citizen science so successful; what motivates people to take part?

For every person who says “I hate science” there is at least one person saying, “I once wanted to be a scientist.” Life keeps a lot of people from following their desires, and a lot of these people go on to be artists or engineers, or… something other than a scientist. Citizen science lets these people fulfill their dream, and lets them contribute to our understanding of the world and the universe around us. Beyond fulfilling dreams, this ability to contribute meaningfully to human understanding is a powerful motivator.

It seems that there is more anti-science and misinformation in the media, which probably trickles down to our students. How can we better train our students to be more resistive to this?

The problem goes beyond just misinformation about science, and extends to misinformation about just about any topic someone might what to read about. The most important thing I think we can teach is to get people – student’s and everyone else – to consistently ask; what are the sources, what is the evidence, and (if you can’t validate the source or evidence) is there a self-serving reason the author may be saying what they’re saying? Learning that click-bate means income, and that facts that have a negative economic impact may get suppressed are important lessons we all need to take to heart.

Should schools be trying to teach every kid physics or should they instead divert resources into the few that might have the potential to contribute?

I am a fan of the Physics First curriculum. A lot of physics is extremely practical and will help people across their lives. Physics also teaches basic problem solving skills. As a home owner, I use physics constantly. Physics makes everything from working on home electrical circuits, to removing a stump (with a lever) easier to do. The key is, we need to teach physics as useful skills, and not as a bunch of esoteric concepts.

It is really easy to spread science to people who already like science. It is hard to get people who aren’t interested in science to pause and pay attention to science popularization. I think our best hope is to take advantage of science-adjacent opportunities. I personally love to explain the science in science fiction to Sci Fi lovers. Other people do excellent work talking about comic book characters, sports, and even art. I’m a fan of the Mad Art Lab blog and podcast, which brings art and science together. If each of us communicate science to our favorite adjacent audience, we can bring science into everything, because at the end of the day, everything is adjacent to science.

How do you balance the technicality of physics with the required accessibility for the general public?

Analogy. More analogies. Then another analogy. Physics describes our reality at every scale, and often complex ideas can be broken down into different parts, each of which is reachable through a familiar experience or which is used in a technology we use every day. By helping people build connections from the familiar to the fantastic, we can make physics accessible, one idea (broken into a bunch of pieces) at a time.

What does the future hold for you?

Right now, I’m doing things one day at a time, and working to prepare for the 2017 Great American Eclipse. We’re now less than 100 days out and this one event looms large in the future of all of us who communicate science on this continent.

Thanks for your time and sharing your thoughts Pamela!

Read the next interview with Astronomer Fraser Cain

Name the Scientist Quiz and Trivia
Scroll to top