We are pleased to share with you an interview with PF Science Advisor and one of our founding members: DrChinese

Who is DrChinese and share some early experience that got you interested in science.
I am a Dallas, Texas, USA boy, now married with grown kids. I got very interested in science at a private high school, and had some great teachers that encouraged me. I originally thought I would go into math or physics as a profession. But in college I drifted towards more fun (music) and practical (business) areas, and dropped math as my major. 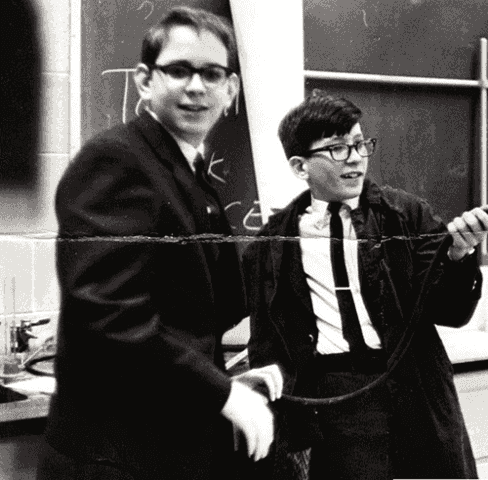 Give us a little background on your education and work life.
I got a BBA and started my career as a CPA for Ernst & Young. Around that time, small PCs started appearing (before IBM came onto the scene) and I taught myself how to program them. I started a business software company and built it up and ran it for 10 years. Eventually burned out, decided to manage software development for others. I am currently Director of IT at an insurance company.

Tell us about your interest and involvement in music.
The combination of science, computers, and music is very common. At lot of PhysicsForums members – and scientists in general – have very strong interests in music. I played drums in high school bands, and played bass semi-professionally in college. I wasn’t good enough to turn pro when I graduated from college, so I switch to writing and recording original music. I am a fan of Beatles, Clapton, Who, Hendrix, and the Eagles, and my songs very loosely fit in that category. I record a new album about every 5 years or so in my home studio, and I sing and play guitar on them as well. 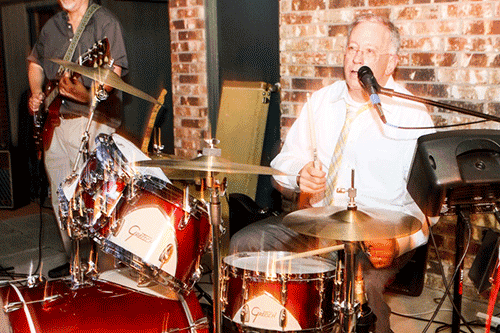 What are some of your favorite spots or things to do in Texas?
Any place that has a bar would be my favorite spot in Texas. Or anywhere for that matter. I just returned from a week in London and Edinburgh and the best part was visiting the pubs. You can see where this is going.

What sparked your interest in quantum theory, relativity, and specifically Bell’s Theorem?
In the mid 80’s, I started reading up on quantum mechanics, especially the early books of Heisenberg (Physical Principles of the Quantum Theory) and Dirac (Principles of Quantum Mechanics). I had not been taught ANYTHING about this in any previous science class, and it seemed such an exciting world to me. (New to me, but not new at all.) During this time I heard about the work of Bell and Aspect, and located copies of their watershed papers (there was no internet!). As I worked through the math of Bell, I was fascinated that this relatively solo researcher had come up a neat response to the EPR paper. Over the years, I have watched as news of Bell’s work spread and sparked ever more interest in entanglement. The development of lab friendly entanglement sources (PDC) led to a leap in research in the area. One of the first things I do every day is check for new papers on the subject.

What are “Frankenstein” photons?
Frankenstein, the monster, was made from the body parts of perhaps different people, different chemicals, different processes. The idea of Frankenstein entangled photons is that Chris and Dale would be created as mixtures of the more traditional Alice and Bob. By combining entangled Alice’s vertical polarization component with Bob’s horizontal component, and vice versa, you should end up with the new pair which should themselves be entangled. I believe this would be a standard application of quantum mechanics, but interesting because the resulting photons were built up from recombined components.

What are some if your favorite foods, music, movies, TV shows etc?
Being from Texas, we enjoy the best Tex-Mex food anywhere! I enjoy seeing live bands, and attend shows for classic and alternative rock bands as often as I can. Saw Steely Dan a few months back, awesome. Listen to CDs a lot. I don’t watch much TV, prefer movies if anything.

Is there a recent development in science/tech that excites you?
Everything! What about the recent cosmological studies mapping the expansion of the universe, the cosmic microwave background, and dark matter? Amazing, and much of this is new in the past 25 years. There is an entire world of exciting new research appearing daily at arxiv.org.Of course I closely follow entanglement and developments in quantum theory and interpretations – especially anything authors such as Zeilinger, Weihs, Pan, Gisin, Rudolph, Cavalcanti, Wineland, Wiseman, Stuckey, Tittel, Brunner, Kwiat, Eberly, Jennewein, Weinfurter, Cabello (some of whom are PF members) and other groundbreaking researchers. This is an exciting time for groundbreaking new science.

What do you see as the biggest problem in science education today and what are some ideas on how to solve it?
In the USA, science is not given the respect I believe it deserves. That’s surprising, because we have arguably the strongest scientific community in the world. Many students are taught early – and often by their parents – that science is not worth the effort to learn, and that much scientific endeavor is too theoretical. That’s wrong! I have no idea on how to solve that, except that we keep plugging scientific ideals wherever possible.

If you could have lunch with any scientist in history, who would it be, where would you go and what would you ask him/her?
Newton, or Einstein either one: I would ask how did they manage to come up with these great ideas and be so productive – operating in many ways on their own? It boggles my mind. Newton didn’t really have anyone to teach him that could serve as a jumping off point to his many original ideas. Ditto with Einstein, as it was too revolutionary. Although they each had other scientists before them to read, their body of work represented multiple great leaps with few obvious predecessors.

You’re one of the original members of PF. Talk about what PF means to you and your thoughts on how it has developed over your past ~14 years of membership. * Also how did you come up with your username?
I read PF almost every day. I enjoy the interaction with others on a subject I enjoy so much. And let’s face it, science is not something that everyone finds as exciting as we do! I can ruin a good evening with my wife by simply telling her about a new entanglement-swapping experiment.

PF has changed a lot over the years! For example, PF has always been moderated. But over time, the moderators have learned how to be ever more effective in balancing legitimate lines of inquiry with forum rules. And the role of Science Advisors has been substantially developed so that a wide number of very knowledgeable advisors are close by to assist and answer questions. And in recent years, the PF phone app has made its appearance and it has progressed well.

I have been reading and posting for many years, and I can honestly say that I get so much out of the entire process. I am constantly learning from other members. And if anyone gains from anything I have posted, then that is an extra bonus for me. Almost everyone is kind and respectful, and it is especially enjoyable interacting with people from all over the planet. Often I have no idea where a member is, or even if English is their first language.

So who is DrChinese? Please note that I am not a doctor and I am not Chinese. But I am DrChinese… which is an anagram of my surname. :)

Which Scientist Said What Quiz