If we restrict ourselves to a spatially flat LCDM universe model (and ignore the early radiation energy density), the first Friedmann equation can be written in a very simple form. Marcus started several PF threads in a collaborative effort to develop this simplified approach.[1] It is still a work in process, but here I summarize the main insights so far, the ones I reckon to be the most informative, yet relatively easy to comprehend.

To keep it of a manageable length, this is part 1 of 3 (or perhaps more). The more detailed mathematical derivations and formal references will be provided as an appendix at the end.

Arguably the most important equation of the LCDM model is the evolution of the fractional expansion rate (H) during the expansion of the universe. In other words, how the Hubble constant H has changed over time. If you know this function, many of the other LCDM parameters can be derived from it, because it fixes the expansion dynamics.

H is the fractional expansion rate at the time, Λ is Einstein’s cosmological constant, c the speed of light (as a unit conversion constant), G is Newton’s gravitational constant and ρ is the changing density of matter and radiation at the time. This density is expressed as a mass density and includes dark matter, but no ‘dark energy density’. The latter is covered by Λ on the left side of the equation.

As you can check, the right-hand side gives SI units of 1/s2, which is also the units of H2 (it is the square of an instantaneous fractional growth rate).[2] Since Λ represents a constant curvature, its SI units would be reciprocal area 1/m2 and multiplying by c2 again gives a 1/s2 quantity. Hence the two sides’ units agree.

It is convenient to replace the constant Λc2/3 with the square of a constant growth rate H∞2, representing the square of the Hubble constant of the ‘infinite future’, when the cosmic expansion will effectively have reduced matter density to zero. We then have an interesting left-hand side, i.e.

The present value of H, labeled H0 (H-naught) is observed to cause cosmic distances to increase by 1/144% per million years.  Since we are observing back into the past, we also deduced how it has changed over time.  It has gradually reduced from a higher value and is predicted to settle at a constant value  H∞ = 1/173% per million years in the far future.

If we restrict ourselves to the era when the radiation energy density is negligible compared to matter-energy density,[3] we can express eq. (1.2) quite simply as:

The parameter a is the standard scale factor of cosmic expansion, which starts at near-zero and equals one at present.[4] In the future it will be greater than one, possibly increasing without limit. The cubed scale factor ([itex]a^3[/itex]) represents a spatial volume scale; hence the mass density [itex]\rho[/itex] changes inversely with volume.

In the long run the universe’s expansion process will be exponential at nearly the constant fractional rate H∞ and all distances will eventually grow at about  H∞ = 1/173 % per million years. Exponential expansion means that all cosmic distances will increase by a factor e (=2.718) every 17.3 billion years (or 17.3 Gy for short). This can be called the natural ‘e-fold time’ of our universe, since an increase by a factor e is called an e-folding.

The 17.3 Gy e-fold time is a time scale set by Einstein’s cosmological constant. An informal study by a group of Physics-Forums contributors suggested that the 17.3 Gy time-span could be a seen as a natural timescale for our universe. For lack of an ‘official name’, the group called it a ‘zeit’, from the German word for time (Zeit). We simply take a conventional time in Gy and divide it by 17.3 Gy to get the cosmic zeit-time. This normalizes the Hubble value H so that it tends to unity in the far future.

Here is a graph of the thus-normalized H against time in zeit. 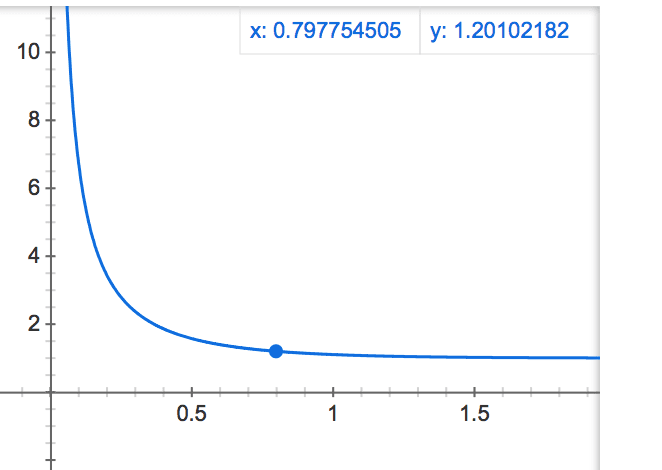 Fig 1.1 A plot of the normalized Hubble value (H) against time in zeit.

The blue dot represents our present time, 0.8 zeit and a present Hubble constant of 1.2 zeit-1. The long-term value of H asymptotically approaches the value 1 zeit-1. We have not shown the function for H against time yet; for now, it is just for illustration purposes because we must first complete the H against a relationship.

We can easily normalize equation (1.3) to the new (zeit) scale by dividing through by H∞ (which then obviously equals 1), to get

The Hubble time (T_H) is simply the inverse of H:

Here is a graph of the two equations, H (red) and R = c T_H (blue) against the expansion factor a, with both curves approaching the value 1.0. T_H has the same numerical value as the Hubble radius R in the graph. 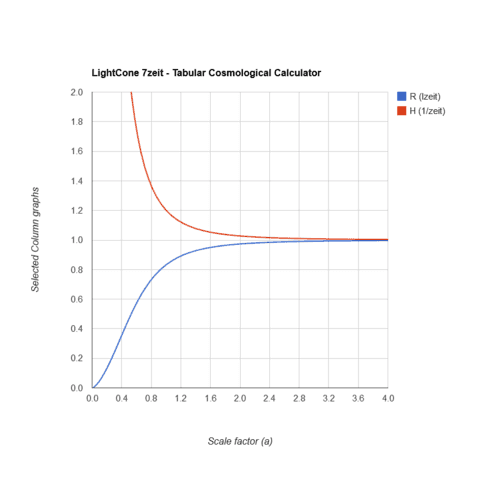 Fig 1.2 The normalized Hubble value (H) and its inverse, the Hubble radius (R), which is numerically the same as the Hubble time in the units used here (c=1).

These remarkably simple equations (especially 1.5 and 1.6) form the basis of a surprisingly large number of modern cosmological calculations (at least for flat space). And what’s more, they are easy to work out on most hand-held calculators. Or one can just type them into Google (with a discrete value for a) and it will spew out the answer.[5]

More about this in Part 2, where we will also discuss the other, arguably more interesting cosmic values that can be derived using this simplified approach.

[1] “From Aeon to Zeon to Zeit, simplifying the standard cosmic model” by Marcus

[2] The traditional unit of the Hubble constant as used by Edwin Hubble is kilometers per second per Megaparsec. From an educational p.o.v. it was an unfortunate choice because it seems to imply a recession speed, while it is really a fractional rate of increase of distance. It is a distance divided by a distance, all divided by time. So its natural unit is 1/time, for which we can choose any convenient timescale, e.g. per second, per year, per million years, or whatever.

[3] The ‘radiation negligible’ approximation is pretty good from about 100 million years after the start of an expansion when the radiation energy density dropped to less than 1% of the matter-energy density.

[4] The cosmological scale factor a = 1/(z+1), where z is the cosmological redshift, e.g. if we observe a very distant galaxy at redshift z = 9, the scale factor at the time when the presently observed light left the galaxy has been a = 1/10. Thus the wavelength of the emitted light has been ‘stretched’ by a factor S = 1/a = 10, a value also used on this forum.