In part 1 of this 5-part Insights series, I introduced two consequences of the second postulate of special relativity (SR): time dilation (“moving clocks run slow”) and length contraction (“moving objects shrink”). Since moving clocks run slow, if you and observers at rest with respect to you (hereafter simply “you”) see me moving, you should see me aging more slowly than you. But motion is relative, so I (and observers at rest with respect to me) say you’re the ones moving and therefore we should see you aging more slowly than us. Likewise, since moving objects shrink, I must say your meter sticks are shorter than one meter while you must say my meter sticks are shorter than one meter. Here in part 2 of this series, I will explain how the relativity of simultaneity (RoS) resolves these apparent contradictions, but at a cost called “blockworld.” According to blockworld (aka “block universe”), the past and future are just as ‘real’ as the present. I will do this by telling a story about twin boys who see triplet girls moving relative to them at high speed (Figure 1).

The answer to this question is central to the BW perspective. According to the first postulate of SR, there is no way to discern absolute, uniform motion (the laws of physics are the same in all inertial frames of reference), so either perspective is equally valid. The girls are correct in saying it is the boys who are moving, and vice-versa. This is equivalent to saying there is no preferred, inertial frame of reference in the spacetime of SR. Now we compare some observations and their consequences.

The girls and boys agree with all the clock readings, so what’s the problem?

Let’s translate these clock readings to ages (in exaggerated fashion). Let T = t = 0 equate to an age of 20 years and let 0.0025s equate to 2.5 years from the temporal origin. Then 20 year-old Sara kisses 20 year-old Joe (Event 1) and 17.5 year-old Kim kisses 20 year-old Bob (Event 2). Since the boys believe Events 1 & 2 are simultaneous (Figures 1 & 6), they conclude that Kim is 2.5 years younger than her sister, Sara, so the girls are not triplets. Further, the girls’ claim that Kim and Sara are 1250km apart is not consistent with the boys’ claim that they’re only 1000km apart (again, this difference in spatial separation is called length contraction). Who’s right?

Neither of their frames is preferred, so the girls and the boys are correct! Whether or not space-like separated events (Figure 2) are simultaneous is relative to the frame of reference. So, what is the consequence of this “relativity of simultaneity?”

RoS renders the view known as “presentism” highly suspect. Presentism is the belief that everyone shares a unique, ‘real’ present while their common past states no longer exist and their common future states are yet to exist. Per presentism, everyone could agree with a statement such as, “Sam is surfing in California while Jonathan is shoveling snow in New York.” If Sam is 25 years old, the 24 year-old version of Sam no longer exists, i.e., is no longer ‘real’, and the 26 year-old version will not exist, i.e., will not be ‘real’, for another year. There is a sense that we share in a ‘real’ present moment with everything else in the universe and this attribute of ‘realness’ moves along all worldlines synchronously. [If you’re not familiar with the notion of a “worldline,” see the Tabletop Explainer video https://www.youtube.com/watch?v=gVGSK1Mb3Po.] In fact, what we mean by “the universe” is vague unless everyone agrees on a spatial surface of simultaneity in spacetime. But, as we continue with our example it should become clear that the RoS is contrary to this commonsense notion of presentism. Let us continue.

Sara is at X = 0, Alice is at X = 800km and Kim is at X = 1250km. The boys are not 1000km apart, as they claim, but rather only 800km apart (again, length contraction). The girls know this since Bob was at Alice’s position (X = 800km, T = 0) simultaneous with Joe being at Sara’s position (X = 0, T = 0). Thus, the girls say the boys’ distances are exaggerated, while the boys say the same about the girls’ distances (recall above the boys measure the distance between Sara and Kim to be 1000km, not 1250km as the girls claim). So, per the girls, Bob passed Kim (Event 2) before Joe got to Sara (Event 1). Notice also that while the girls aged 0.0025s (Bob at Kim at T = -0.0025s and Bob at Alice at T = 0), Bob only aged 0.002s; the girls see the boys aging more slowly than themselves. But, since the boys say it’s the girls who are moving, it must be the case that the boys see the girls aging more slowly. This will be verified below via observations of Sara. Now for the million dollar question, who shares the attribute of ‘realness’, i.e., where is the spatial frame of ‘realness’ which defines “the universe” at any given time?

In the next (third) part of this Insights series, I will (conceptually) introduce general relativity and bring BW to bear on general relativistic cosmology to ‘explain’ what puzzles so many people about big bang cosmology, i.e., the origin of the universe. 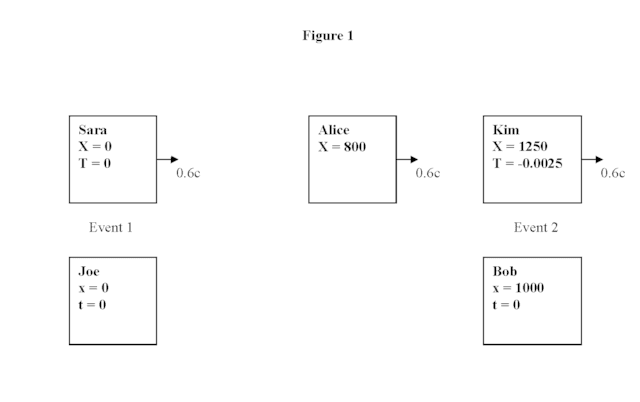 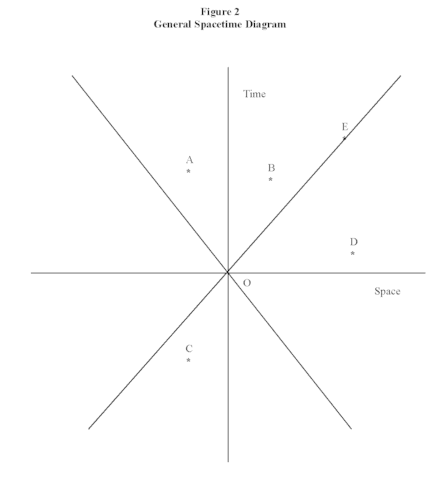 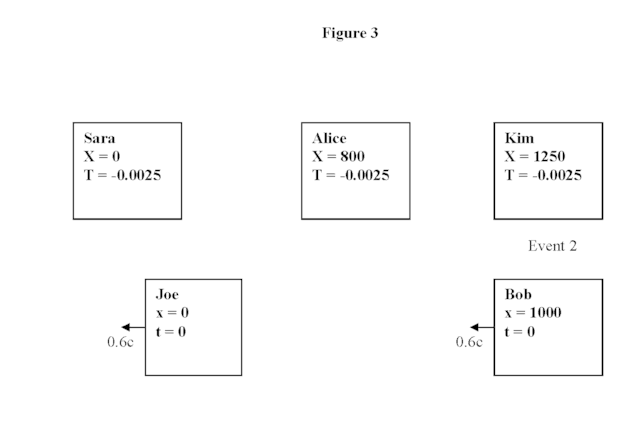 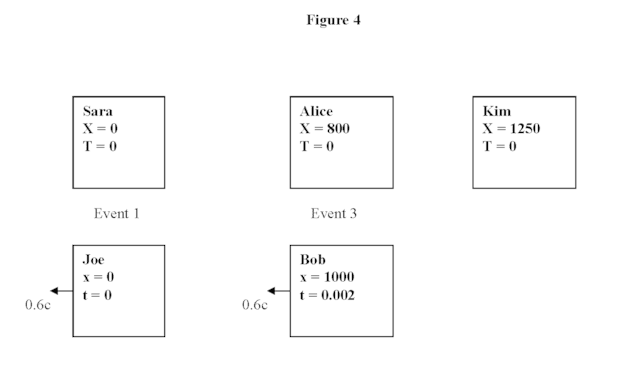 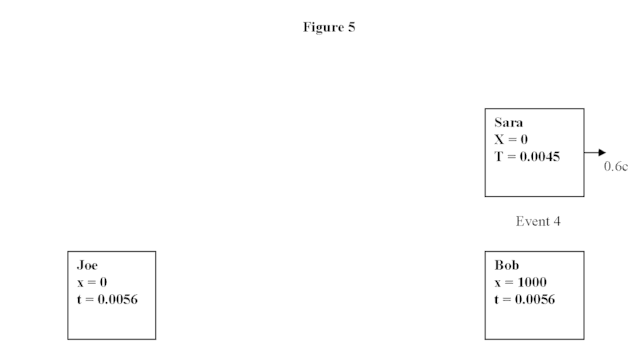 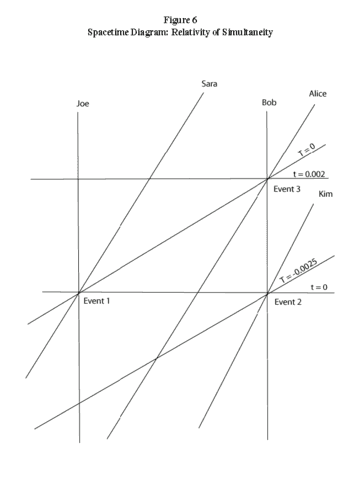 Note: Comments for this post have been disabled. Please show your feedback by using the star rating at the top of the article and or contacting the author personally.

Blockworld and its Foundational Implications: General Relativity and the Big Bang

Blockworld and Its Foundational Implications: Time Dilation and Length Contraction

Blockworld and its Foundational Implications: General Relativity and the Big...
Scroll to top