The development of the CRISPR/Cas9 system has made gene editing a relatively simple task.  While CRISPR and other gene-editing technologies stand to revolutionize biomedical research and offer many promising therapeutic avenues (such as in the treatment of HIV), a great deal of debate exists over whether CRISPR should be used to modify human embryos. As I discussed in my previous Insight article, we lack enough fundamental biological knowledge to enhance many traits like height or intelligence, so we are not near a future with genetically enhanced super babies. However, scientists have identified a few rare genetic variants that protect against disease.  One such protective variant is a mutation in the APP gene that protects against Alzheimer’s disease and cognitive decline in old age. If we can perfect gene-editing technologies, is this mutation one that we should be regularly introducing into embryos? In this article, I explore the potential for using gene editing as a way to prevent Alzheimer’s disease in future generations. 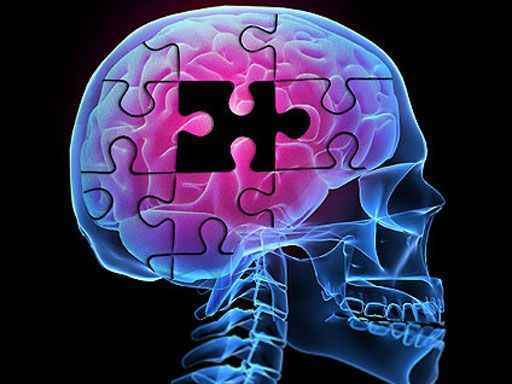 Can gene editing be the missing piece in the battle against Alzheimer’s? (Source: bostonbiotech.org)

I chose to assess the benefit of germline gene editing in the context of Alzheimer’s disease because this disease is one of the biggest challenges medicine faces in the 21st century. Alzheimer’s disease is a chronic neurodegenerative disease responsible for the majority of the cases of dementia in the elderly. The disease symptoms begin with short-term memory loss and cause more severe symptoms – problems with language, disorientation, mood swings, behavioral issues – as it progresses, eventually leading to the loss of bodily functions and death. Because of dementia the disease causes, Alzheimer’s patients require a great deal of care, and the world spends ~1% of its total GDP on caring for those with Alzheimer’s and related disorders. Because the prevalence of the disease increases with age, the situation will worsen as life expectancies around the globe increase: worldwide cases of Alzheimer’s are expected to grow from 35 million today to over 115 million by 2050.

Despite much research, the exact causes of Alzheimer’s disease remain poorly understood. The disease seems to be related to the accumulation of plaques made of amyloid-β peptides that form on the outside of neurons, as well as the formation of tangles of the protein tau inside of neurons. Although many efforts have been made to target amyloid-β or the enzymes involved in its formation, we have so far been unsuccessful at finding any treatment that stops the disease or reverses its progress. Some researchers believe that most attempts at treating Alzheimer’s have failed because, by the time a patient shows symptoms, the disease has already progressed past the point of no return.

While research towards a cure continues, researchers have sought effective ways to prevent Alzheimer’s disease. Although some studies show that mental and physical exercise may lower one’s risk of Alzheimer’s disease, approximately 60-80% of the risk for Alzheimer’s disease appears to be genetic. Thus, if we’re serious about prevention, we may have to act at the genetic level. And because the brain is difficult to access surgically for gene therapy in adults, this means using gene editing on embryos.

Luckily, research has identified a plausible means to address Alzheimer’s disease at the genetic level.  A study of people in Iceland found that a particular mutation in the APP gene seems to protect against Alzheimer’s disease. The researchers saw that this gene variant was present in 0.45 percent of the general population but only 0.13 percent of those with Alzheimer’s, suggesting that it lowers one’s risk of Alzheimer’s by a factor of about 3.5. Despite the fact that this study was performed only in Scandinavian individuals and shows only a correlation between the presence of the mutation and protection against Alzheimer’s, there are many reasons to believe that this particular mutation would be protective if introduced into the broader population. As mentioned above, the formation of amyloid-β aggregates is thought to be the root cause of Alzheimer’s disease. Amyloid-β forms when a cellular enzyme cuts the amyloid-β fragment from the amyloid precursor protein, the product of the APP gene. The particular protective mutation in APP sits near the site where the precursor protein gets cleaved, and experiments in cultured human cells confirm that the mutation interferes with the formation of amyloid-β peptides.  Therefore, it is likely that the mutation directly protects against Alzheimer’s by interfering with the production of amyloid-β.

Given these findings, it’s tempting to consider what might happen if we were to use gene editing to insert this protective allele into embryos. This year, there will be ~ 3.9 million children born in the US. Using current estimates of life expectancy and the lifetime risk of developing Alzheimer’s, we would expect 420,000 of these children to eventually develop Alzheimer’s disease. If we were to successfully engineer the APP mutation into every child born this year in the US, we’d estimate that only 120,000 of these children would develop Alzheimer’s in their lifetime. Thus, gene editing carries the potential of preventing a large fraction of Alzheimer’s cases.

Is Gene Editing a Viable Solution to Alzheimer’s?

An important number to consider when evaluating the potential risks and benefits of medical intervention is the number needed to treat (NNT). This figure tells you how many patients you would need to treat in order to prevent one case of the disease. A treatment that causes serious side effects in 1 in 20 patients may be tolerable if the NNT is below 20, but not if the NNT is higher. Based on the figure above, treating 3.9 million children prevents 0.3 million cases of Alzheimer’s, giving an NNT of 13. Therefore, the benefit of preventing one case of Alzheimer’s disease must outweigh the combined cost and side effects of treating 13 individuals in order for the treatment to be practical. Given that there are healthy individuals living today that carry this mutation, it does not seem likely that it causes severe problems, especially not at the 1 in 13 level. However, an important worry with gene-editing technologies is the introduction of “off-target” mutations, inadvertent changes to the genome that result as a side-effect of the gene-editing process. These are concerning given that off-target mutations could cause significant problems like cancer. If we trust that the NNT is ~ 10-20, an off-target mutation rate of < 0.5% would ensure that the benefits of gene editing would outweigh the costs, even if every off-target mutation caused a problem ten times worse than Alzheimer’s.

What technological advances must be made for this therapy to be practical?  First, the NNT calculation assumes that every embryo we edit contains the correct mutation.  We are not close to that goal yet, and more work is required to reach that level of efficiency.  However, because the protection requires only one copy of the mutation to be present, it should be possible to edit egg cells, fertilize them, screen the resulting embryos for the mutation, and implant only those containing the correct mutation.  Second, we need to improve the off-target mutation rate.  Although the recent embryo modification study from Sun Yat-sen University reported off-target mutation rates much higher than 0.5%, they did not use newly developed CRISPR tools that decrease off-target mutations 50-1000 fold.  The level of off-target mutation required for the proposed APP therapy is likely to be feasible soon. As the scientific and medical arguments for initiating such gene editing trials grow, society should begin considering the real social and ethical considerations of gene editing.  How would society accept individuals with edited genomes?  Would there be discrimination against them?  If gene editing became prevalent, would there be discrimination against non-edited individuals?  If this therapy is available only to the wealthy due to cost issues, would such a situation worsen problems with social inequality?  Determining the answers to these questions is just as important as addressing the scientific questions in determining the path forward.

Prospects for the Future

Despite our incredible advances in gene editing technologies, we still do not understand enough about gene-gene and gene-environment interactions to know with absolute certainty the effect of this mutation in every individual, so testing will certainly be required before this gene-editing of this allele can be done regularly. The requirement for testing turns out to be the Achilles’ heel of this approach. Determining the safety and efficacy of this treatment would require tracking a large number of individuals born from edited embryos over their entire lives, especially because Alzheimer’s rarely occurs before the age of 65. Thus, if we were to initiate a clinical trial today, we would not know the result of the trial until ~2100.

Of course, even if we knew today that introducing this mutation was safe and effective, we would not see the benefits of this treatment pay off until near the turn of the century when the cohort of edited children enter old age. While gene editing could potentially eliminating 70% of Alzheimer’s cases in the next generation of people, the difficulty of testing the effects of these mutations means that the gene-edited embryos are unlikely to have any immediate effect in the reduction of diseases like Alzheimer’s.  So despite gene editing’s enormous promise, we must still seek other therapies if we wish to address Alzheimer’s in our lifetimes.  I would hope we would not have to wait until the 22nd century to develop an effective means of taming this scourge of the 21st century.

What Is Evolution and How Does It Happen?

5 Pieces of Evidence that Support Theory of Evolution
13 replies

Frequently Made Errors in Mechanics: Hydrostatics
Scroll to top