That will only be true if the body is floating.  Here’s what Archimedes wrote:

✓ “Any object, wholly or partially immersed in a fluid, is buoyed up by a force equal to the weight of the fluid displaced by the object.”

But what does displacement mean here?

X There are only 40mL of water, so there can’t be more than 40mL displaced.  The maximum buoyant force is 0.4 N.

If the space around the egg, up to the egg’s height in the cup, is less than 40mL then the egg may be completely covered.  The displacement is the volume of the egg below the surface of the water, so it may be as much as 50mL.

The challenge is to figure out the displaced volume of each fluid. 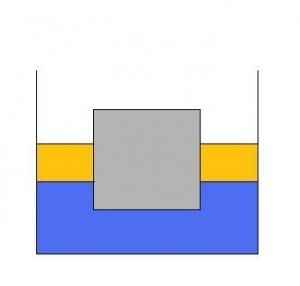 Imagine removing the solid body, leaving a cavity which the fluids would flow back into. 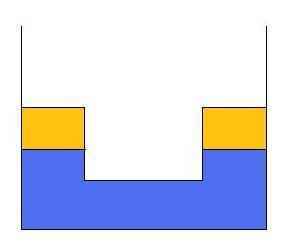 The displaced bodies of fluid are what would be needed to fill the cavity in such a way that the fluid already present would stay put.

If you were to insert the additional fluid such that some part of the cavity below the oil/water boundary contained oil, that would not be stable. 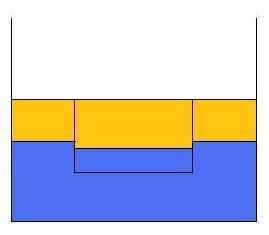 Similarly, any fluid above that boundary, or any oil below the oil/water boundary, and so on.  There is only one stable arrangement: 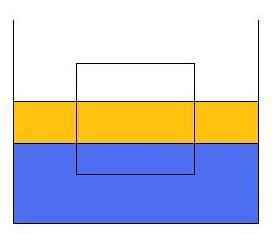 “A cube side a, weight W, sits on the flat bottom of a tank of water depth h>a.  A cable attached to the top of the block is used to raise the block.  What force is needed to lift it off the bottom?”

The pressure on the top of the block is ##\rho_whg+P_{atm}##, exerting a downward force ##(\rho_whg+P_{atm})a^2##.  The forces on the sides of the cube cancel.  On the point of leaving the floor of the tank there is no normal force.

Either could be correct!  It depends on whether the underside of the cube makes such perfect contact with the floor of the tank that there is no water or air between.  It is the same principle as a rubber suction cup.

However, that is unlikely, so we should assume a thin layer of water under the cube.  This produces an upward force ##(\rho_whg+P_{atm})a^2##, yielding the same net force as given by Archimedes’ Principle.

The buoyant force could be determined by a surface integral of the pressure:  ##\int_S \rho g |z|.\vec{dA}##, where |z| is the depth, S is the surface, and ##\vec{dA}## is the area element vector over S.  Since the integrand is a  vector, some cancellation will occur in the integration.  Clearly, this could prove a difficult integral on some surfaces.  This demonstrates the power of Archimedes’ Principle.

“A  cylindrical beaker of mass m, radius r, and negligible wall thickness, has its center of gravity height h above its base. To what depth should it be filled with water so as to make it as stable as possible?”

X “for maximum stability the overall center of gravity must be as low as possible; that will be when it is at the water surface”

The second statement is correct, but not the first.

In general, stability can be defined in various ways. E.g., the strength of resistance (restorative force or torque) to a small perturbation. With that definition, maximum stability will be with a full beaker. 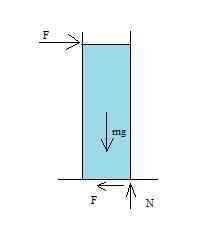 The ‘lowest centre of gravity’ answer typically corresponds to a definition of stability based on the degree of perturbation (specifically, tilt angle) required to make it unstable. However, that only works for solid objects. When the beaker is tilted, the contents will shift. At the point of instability, the water will occupy a more complicated region. (Particularly complicated if it no longer covers the base of the beaker.) 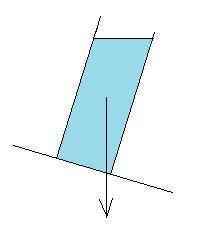 Frequently Made Errors in Mechanics: Momentum and Impacts

Frequently Made Errors in Equation Handling

Frequently Made Errors in Probability: Conditionals in Natural Language
3 replies