How many days are there in a year? 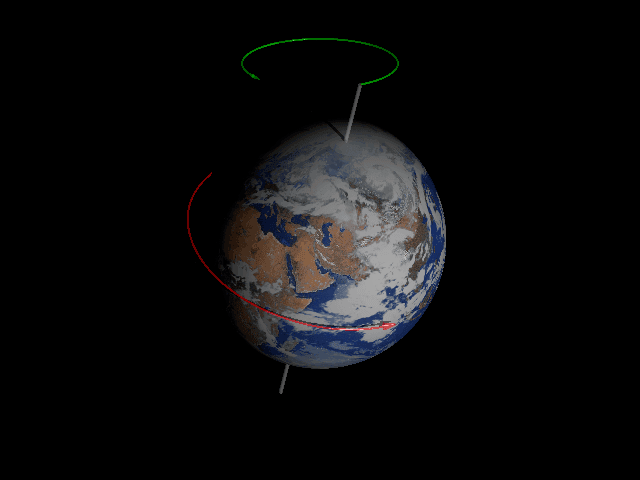 Ask pretty much anyone and they will tell you 365, except for leaps years which have 366. In addition, most people can tell you that a year is the amount of time that it takes for the Earth to go once around the Sun, and a day is the amount of time it takes for the Earth to rotate on its axis once. (I say “most”, because, in a survey done too long ago, only 74% of Americans surveyed even knew that the Earth went around the Sun.) Given the fact that leap years occur every four years (with exceptions), it turns out that the Earth rotates ~365.25 times for every trip it makes around the Sun, so you could say that there are ~365.25 days in a year. (The Julian calendar assumed that there were 365.25 days in the year and added a leap year every four years to account for that extra ¼ of a day. And while the Julian calendar has since been replaced with a more accurate one, astronomers still use Julian dates in many of their calculations. In fact, the light-year is the distance light travels in a Julian year.)

You may have noticed that the length of a stellar day differs from what we normally consider as a day of 24 hrs, with 60 min hrs and 60 sec minutes which works out to 86400 sec, and is almost 4 minutes longer than the stellar day. This is because our 24hr clock is based on the “Solar day”, or the time it takes for the Sun to go from noon on one day to noon of the next, and this time period is affected by the Earth’s orbit around the Sun.

In the time it takes the Earth to make one rotation with respect to the stars, the Earth travels a bit under 1 degree around the Sun. So a spot that starts directly under the Sun will not be so 1 stellar day later.

This means that the Earth must continue rotating a bit longer (~ 4 min) to finally return that spot directly under the Sun. So it turns out that 1 solar day equals 1.002737803 stellar days.
( The length of the solar day worked out above is for the “mean” solar day. The Earth does not orbit the Sun in a perfect circle but in an ellipse. Because of this, its orbital and angular speed around the Sun varies over the course of its orbit. It travels faster near perihelion and slower at aphelion. This makes the solar days when the Earth is near perihelion longer than those when we are near aphelion. At present, perihelion occurs in December, so this is when the longest solar days occur. So for those of you in the Northern hemisphere who feel that Winter days seem to drag on while Summer days fly by, you are not entirely incorrect. This will not always be the case, however, as we will learn later.)

One of the side effects of this difference between the stellar and solar day is that the stars that we see in the night sky change over the course of a year. The Winter night sky will be different from the Summer night sky. In addition, if we could see the stars during the day, the constellation that we would see the Sun in also changes over the course of the year. (This is the basis of astrology. The Sun passes through twelve constellations which are the “signs” of the Zodiac in a year. The constellation in which the Sun is in on your birth date is your Sun sign.) 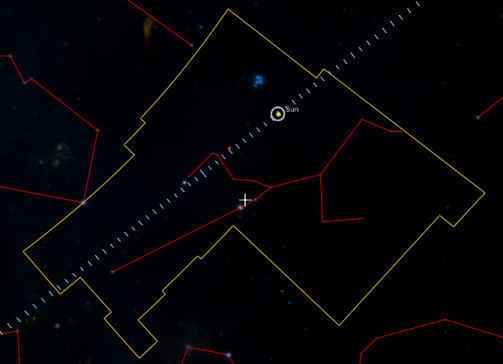 So now we can work out that there are 365.2563662 mean solar days to a sidereal year, which is slightly more than the 365.25 days per year we estimated earlier.

This means that if you wished to create a calendar that kept step with the sidereal year, you could start with the Julian calendar and then “fudge” it to make it more accurate

The Gregorian calendar, which is now used in most of the Western world is a result of such fudging.

The Gregorian calendar is accurate to within 1 day in several thousand years when it comes to keeping the calendar in step with the seasons (The aim of most calendars). To accomplish this, leap days were eliminated on century years that were not evenly divisible by 400. (1900 was not a leap year, but 2000 was.) So every 400 years there are 97 leap days added for a total of 146097 days vs 100 leap days for a total of 146100 with the Julian calendar.

But the Gregorian year is a closer fit to the change of the seasons, why is it a worse fit to the sidereal year?

The reason is that the sidereal year and the seasons do not keep in step.

To understand why this is, we need to look into what causes the seasons, and this is the tilt of the Earth’s axis with respect to the Sun.

Now if this were all there was to it, and the Earth’s axis always pointed in the same direction with respect to the stars, the seasons would keep in step with the Earth’s trip around the Sun and the tropical year and sidereal year would be equal in length. But as we saw above, this isn’t the case.

The truth is that the Earth’s axis doesn’t stay fixed with respect to the stars; It “wobbles” like a spinning top. This wobble is called precession.

A spinning top precesses because it is trying to fall over. Gravity pulls on it and applies torque to the axis of rotation. The top, in turn, tries to preserve angular momentum, and the torque is converted to a precession of the axis.

With the Earth, gravity is the culprit also, Both the Sun and Moon (and the other planets to a certain degree) exert a gravitational effect on the Earth, each pulling on the far side a little less than the near side. If the Earth was perfectly spherical, this would not matter, but the Earth is a slightly oblate spheroid. The effect of this gravitational difference across the Earth is that both the Moon and Sun exert a torque on the Earth which tries to align the equatorial bulge with the planes of the respective orbits. The combined torque exerted by both these bodies has the same effect as the gravity trying to topple over the spinning top and causes the spinning Earth to precess.

The resulting precession causes the Earth’s axis to trace out one complete circle with respect to the stars every 25770 years. This means if you started with the Northern hemisphere leaning towards the Sun, after the 12885 sidereal years, the Earth’s axis will also have precessed ~180 degrees with respect to the stars and you will have the Northern hemisphere leaning away from Sun after those 12885 sidereal years.

Thus with a calendar based on the sidereal year, the seasons would slowly drift with respect to the calendar, and you’d eventually have Summer weather occurring in December. The end result is that the tropical year is slightly shorter than the sidereal year, being 365.24219 mean solar days long vs. 365.2563662 mean solar days to a sidereal year. 365.2563662 times 400 equals 146096.876, which is very close to the 146097 days in the Gregorian calendar for the same period, which is why it is such a better fit.

Further, this means that not only does the night sky change day by day, it also changes over the years. On any given date, the night sky changes slightly from year to year. It isn’t much and isn’t really noticeable from one year to the next, but over the course of an average person’s lifetime it works out to be a shift of a bit over twice the width of the full Moon.

This also means that the position of the Sun with respect to the stars on a given date as seen from the Earth also changes over the years. In the time since the dates for the astrological signs were established, the Sun has moved an entire Zodiac sign. Thus, during the Summer solstice this year, instead of just entering Cancer as the astrological dates suggest, the Sun is just leaving Taurus and entering Gemini. (So if the Tropic of Cancer had been named today, it would have likely been called the Tropic of Gemini and the Tropic of Capricorn would be the Tropic of Sagittarius).

So if you really wanted to keep the astrological signs in step with the constellation the that Sun is in on a particular day, you would need to shift the dates of the astrological sign by 1 day every 68 years or so. ( Another indication of the silliness of astrology, as it does not even keep consistent with its original premise that the sign(constellation) the Sun is in on the day you were born determines your personality.)

So now we can finally answer the question: How many days are in a year?

Considering the 2 different “years”, sidereal and tropical, and 3 different “days”, stellar, solar, and sidereal a list comparing them all would look like this.

Which pretty much wraps up the question. Except…

Remember earlier when I mentioned that perihelion of the Earth’s orbit occurred in December and that this made Winter days longer? I also said that this will not always be the case. Here’s why:

This also means that the perihelion date changes slightly from year to year, or by about 1 day every 57 years.
So for those of you lamenting those long Winter days in the Northern hemisphere, take heart, in 10,000 years or so they will be a bit shorter as the perihelion shifts to the Summer months.

Next: Here Be Dragons.

Understanding the General Relativity View of Gravity on Earth

Moon Quiz: Test Yourself on the Moon

Learn All About Earth’s Gravity

Frequently Made Errors in Mechanics: Springs
Scroll to top