I’ve done plenty of imaging performance testing on a variety of systems, from millimeter wave through UV. Until very recently, such testing required expensive and specialized equipment. Now, with digital imaging (at least in the visible), you can perform the same type of characterization on your camera for free.

All you need is an LCD display.

LCD displays work totally differently from old CRT displays- they are not raster-scanned, for example. So, you can take photos of the display without fear of flicker (which happens if the shutter speed is not a multiple or fraction of 1/30s).

Why evaluate lens performance? There are at least two reasons.

First, lenses do not deliver constant performance over the full range of f-stop. Trained photographers have a saying “always use the lens stopped down at least 1 stop from maximum”. The reasoning behind this bit of lore is that almost all aberrations get worse with a larger aperture (smaller f-stop). Maximum sharpness will be obtained for a limited range of f-stops: smaller f-stops show increased aberrations, while larger f-stops show increased softening effects due to diffraction through a pinhole (the tiny aperture).  Knowing how your lens performs with aperture can help inform your choices when shooting.

The second reason is to evaluate the coupling between lens and sensor. Misalignments such as tilt or shift between the lens and sensor can lead to non-uniform focus error problems across the sensor, and being able to diagnose this problem is a useful skill.

All imaging evaluation begins from a ‘truth’ object, of which the geometry is completely specified. On the LCD display, the truth object consists of the pixel array,

Here’s an example, using my ancient 50/1.8 lens. First, the full-frame: this is our LCD TV set on pause- this particular image was used because there are high-contrast features.  Note, this image has been manipulated to obscure something really important regarding sampled imaging systems- I’ll get to that later. 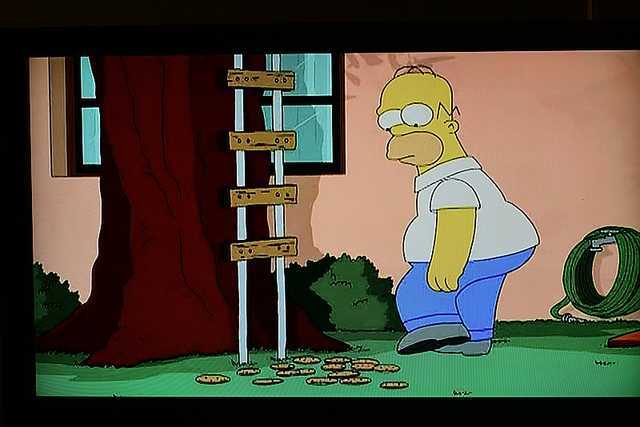 The key is to take an image with as much of the screen in the frame as possible- I am nearly at the close focus distance. The following images are 1:1 crops from the left, center, and right sides: the center of the frame is almost always fully corrected, while at full image height, aberrations are the worst. 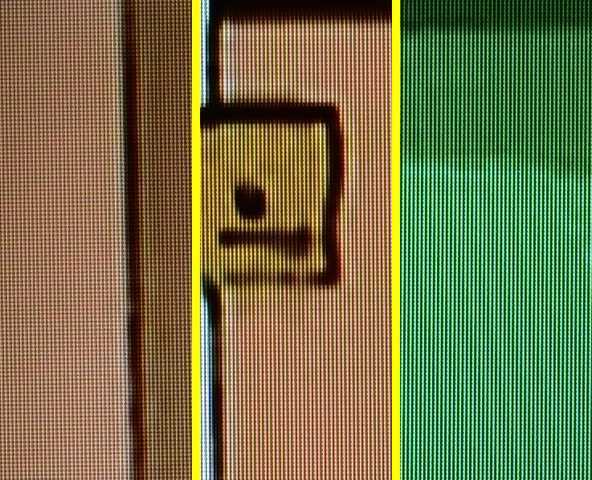 The pixels are all rectangular (no distortion), there is little chromatic aberration (purple fringing), the entire field is in focus, etc.   Field distortion can also be easily measured from these images.

Now, I’ll show some 1:1 crops of images taken using my ancient 15/3.5 manual lens.  I’ll combine the fields of view and vary the f/# the following way: the center column is the center field of view, the left column is on the left edge, and the right column, the right edge.  The top row was taken at f/3.5, the middle row at f/8, and the bottom row at f/16: 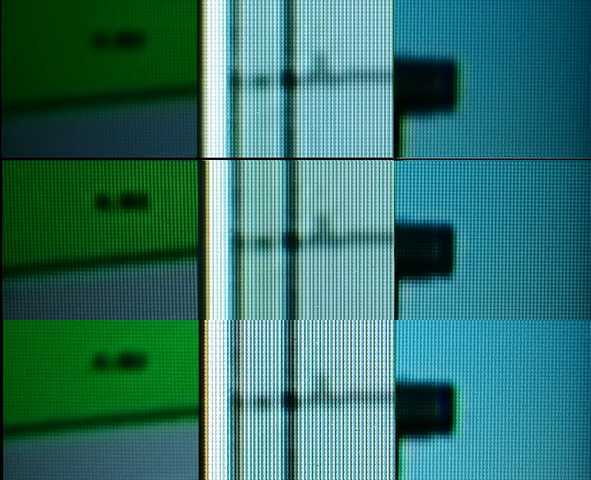 Now we can see a difference- at full aperture, the pixels are no longer so easily resolved, while at f/8 the pixels remain sharp. There is no obvious distortion, astigmatism, or chromatic aberration.  At f/16, diffraction begins to blur the image.  So, for this lens I know I need to stay between f/5.6 and f/11 to maintain maximum lens performance.

So why get a fast lens, if the performance becomes degraded at those low f-numbers? Lots of reasons.  First, when I shoot at maximum aperture I’m less concerned with getting a tack-sharp image and instead more concerned with trying to capture a low-light-level scene.   Second, when I’m doing astrophotography, even just stopping down 1/3 of a stop greatly reduces aberrations; starting with a very fast lens means I can stop down the lens a bit and still have a fast lens. 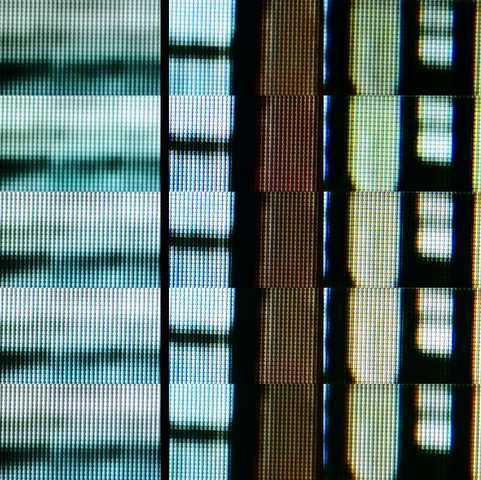 This lens performs very well even at maximum aperture, and the minimum aperture is too large to generate appreciable diffraction blurring. 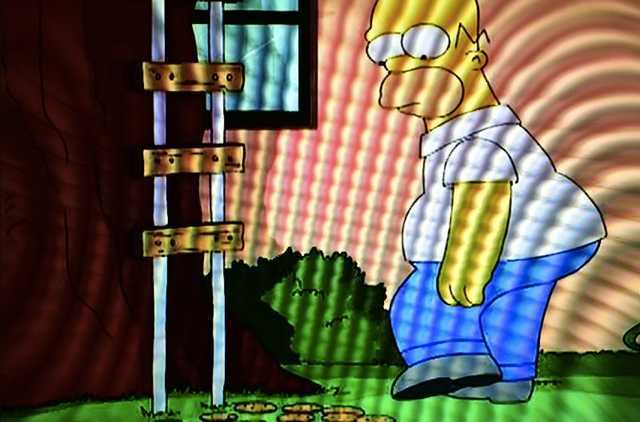 Compare this with the first image in this post.  For the first image, I pre-blurred the image prior to downsampling.  Here, the LCD pixel size, the camera pixel size, and the display pixel size are (serendipitously) nearly integer multiples of the same size. The phenomenon is identical to “Moire’ patterns” and on one hand, these greatly complicate quantitative measurements of imaging performance.  On the other, the ‘interferogram’ that results can be used as a diagnostic tool for distortion and misalignments.

For more in-depth quantitative imaging evaluations, more advanced truth objects are needed.  Most of my work involves microscopy, so the truth objects I use are very specialized.  The next Insight (whenever I get around to writing it) will discuss these objects and show results.

Lenses and Pinholes: What Does “In Focus” Mean?