Last month, I wrote a FAQ about working at the LHC, at the time the first beams were circulating in the machine after a stop of two years. We did not have collisions yet, and data taking won’t happen before June. So what is taking so long?

A lot of maintenance work was done during the last two years – many things got repaired, upgraded, replaced, …
It is not a completely new machine, but it still needs a lot of work to understand it well enough for collisions. 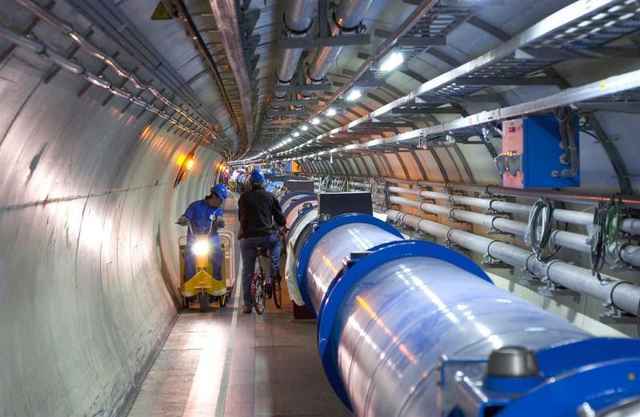 One of the most important steps is finding a so-called “reference orbit“. This includes machine parameters where the beam can travel through the ring reliably without bumping into anything. Both beam pipes are rings about 27 kilometers long and have a diameter of just a few centimeters – at some points the diameter is below 2 cm. Every particle that hits the wall is lost. Even worse, its collision with the wall produces other particles that fly through the machine, leading to heat and radiation damage. The particles have to stay in the vacuum inside, and get deflected by magnets just in the right way to stay in the ring. You also have to control the position along the ring: acceleration is done with oscillating electromagnetic fields. If the particles come at the wrong time, they are slowed down and not accelerated.
There are tens of thousands of components that have to work together in a machine the size of a small town.

Another important part is safety. At full power, the energy in the beams is sufficient to melt hundreds of kilograms of metal. There are special beam dumps (one for each beam) designed to handle this energy. You certainly do not want the beams to hit anything else! At many places along the ring, there are radiation detectors: if the beams deviate from their optimal position too much, a few protons hit the wall and the produced radiation gets detected. The beams are then dumped within 3 revolutions of the particles in the ring.

Most tests so far were done with bunches of 10 billion protons each – just 1/10 the nominal value to reduce the possible damage if something goes wrong. On Saturday, the first bunches with the full number of protons were accelerated.

UFOs in the LHC

Yes, they are real! In 2010, it was noted that occasionally small particles fell through the beam pipe and into the beam. As the origin was unclear, they were called “unidentified falling object” – UFO. They are probably dust particles. If they hit the beam, they produce collisions outside the detectors. This looks like a beam hitting the wall, so large UFOs trigger a beam dump. If they are too frequent, this is very problematic.

Recently, another obstacle for the beams was found. At one point of the ring, the bottom of the free volume of one beam pipe is higher than expected. This has been called “unidentified lying object” (ULO) as it looks like something lying around. The remaining free space might be sufficient to get the beam through, but more checks are needed. It would be possible to open the machine. That would involve heating up the whole area including the superconducting magnets, opening the machine, breaking the vacuum, removing whatever is there, sealing the beam pipe again, closing everything, cooling it down again. This could take weeks.

Another issue was an electrical fault. At one point, there was an unplanned connection between an electrical line and ground. Same issue as with the ULO: a proper repair could have taken a long time. The machine operators studied it in detail and then decided to take a risk: send a large current through this connection to burn it away.
It worked, the incorrect connection disappeared. 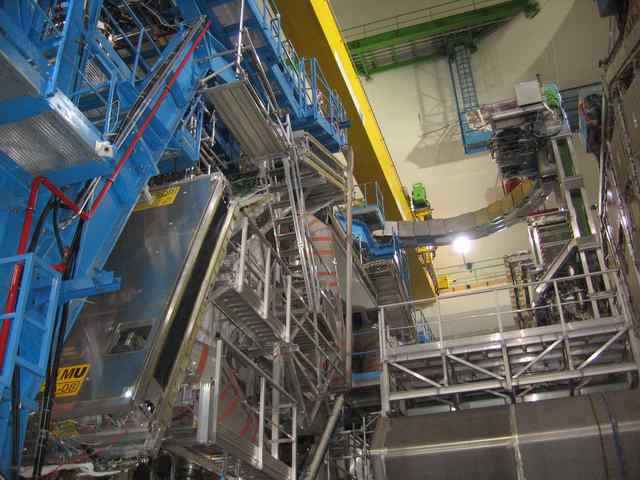 What will be done with collisions?

Collision rates will be low initially and there are not many months planned for data-taking. The LHC experiments collected a huge amount of data in 2011 and 2012, and it is not expected that we can get more collisions in 2015 than in 2012. So what can we do?
Previous collisions had an energy of 8 TeV (roughly the kinetic energy of a fly in flight), in 2015 we will get collisions with an energy of 13 TeV – the most high-energetic collisions ever studied in an accelerator. The total collision rate will be an interesting measurement on its own, together with the production rate of various particles (“cross-section”) which depends on collision energy. The higher energy also allows to look for very heavy particles that could not get produced in 2011/2012, and it increases the frequency of other interesting particles. Finally, it is possible to combine results from 2015 with results from 2011/2012 to increase the precision. This will be done mainly for studies of the Higgs boson and other key studies.

LHC Quiz: Think You Know about the LHC?

Struggles with the Continuum – Freeman Dyson and QED

LHC Part 3: Protons as Large as a Barn
23 replies